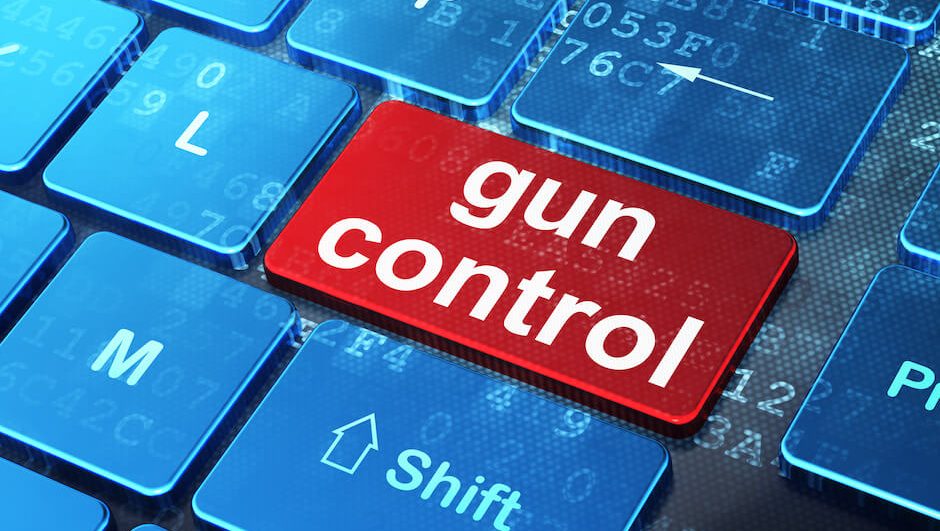 This week, dozens of CEOs from the world's most reputable companies signed a letter calling on the Senate to enact common sense gun control laws in the US. However, there were a few absences from the list, most notably four of the world's most influential tech companies.

The gun control debate in the US is admittedly a bit of a minefield. With the second amendment making ownership an absolute right and the NRA wielding a lot of power in the political and professional world, businesses have been hesitant to take a stand for fear of angering consumers and politicians alike.

However, that appears to be changing. Gun sellers like Walmart, Dick's Sporting Goods, and others have committed to dialing back their ammunition and assault weapon sales and San Francisco labeled the NRA a domestic terror organization. And now, the world's biggest companies are taking a stand with a letter to the Senate.

The letter — sent to Senate leaders in the US — was signed by 145 CEOs and top executives from companies like Twitter, Airbnb, and Uber, among many others, and made some pretty specific demands, the most prominent of which was conveniently bolded, for easy reading:

“We urge the Senate to stand with the American public and take action on gun safety by passing a bill to require background checks on all gun sales and a strong Red Flag law that would allow courts to issue life-saving extreme risk protection orders.”

With 61% of Americans in favor of stricter gun laws in this country, and 73% of Americans admitting that “more needs to be done” to address gun violence, it's safe to say enacting common sense gun control laws is something that most businesses should feel comfortable with getting behind. So why isn't big tech on board? Let's take it on a case-by-case basis.

To be fair, Facebook is already embroiled in its fair share of scandals and controversies. From FTC fines to concerns about it ruining modern democracy, the world's most popular social media platform has been playing whack-a-mole with company-destroying problems for the last few years. And, according to anonymous sources with the New York Times, Facebook has too much attention as it is without signing the letter.

“Mr. Zuckerberg has decided that activism on this issue would only intensify the spotlight on the company,” said those close to the matter to the New York Times.

Zuckerberg and his tumultuous creation have endured quite a bit in the last few years, which has led to hemorrhaging users and a seemingly endless barrage of bad press. However, while this gun control letter might cause a stir, it would provide an opportunity for Facebook to take a stand on something meaningful and show the world that the company and its founder aren't merely concerned about the bottom line.

It's safe to say that Google has a lot of work to do on a daily basis. After all, the company oversees the most popular browser and search engine on the planet, so they've certainly got their work cut out for them. And if you think that's a bad excuse for not getting on board with the rest of the business world when it comes to enacting common sense gun laws, Google's recently announced internal policy begs to differ:

“Our primary responsibility is to do the work we’ve each been hired to do, not to spend working time on debates about non-work topics.”

In the same way athletes will occasionally try to shirk their responsibilities as role models, Google is passing the buck by claiming that their unbelievably influential company has no place in the political realm. However, much like those athletes, Google's status as one of the world's largest companies demands at least some level of engagement, even if it's something as simple as signing a letter. But hey, SEO is pretty important too, right?

Companies that have taken a stand on gun control have, admittedly, faced some pretty serious backlash. Even Walmart — a staple of American consumerism — had scores of loyal buyers threatening to boycott the massive retailer for its very tame stance on the matter. This backlash could've spooked Amazon away from signing the letter, as the report noted a number of non-signers were concerned about raising the stakes in the gun control conversation.

“Several executives said one of the biggest practical worries was whether taking such a stance would lead to in-store confrontations with angry customers carrying guns,” according to the NYT report.

Granted, Amazon was not reachable for comment on the topic, so there could be a myriad of other reasons why CEO Jeff Bezos and his e-commerce giant are keeping themselves out of the fray. However, with new stores popping up everyday and plenty of fulfillment centers around the country, there's a possibility that Amazon would have become a big target for gun advocates if they had signed the letter.

Apple's absence from the list is perhaps one of the most perplexing. Sure, they could also be at the whim of angry, gun-toting customers in their stores in the event they take a stand, but CEO Tim Cook has been adamant about his stance on gun control, namely that something needs to be done:

I'm heartbroken about what's happening in my country. The definition of insanity is doing the same thing and expecting different results. It's time for good people with different views to stop finger pointing and come together to address this violence for the good of our country.

This paradox most clearly demonstrates big tech's stance on gun control, and the political landscape as a whole: neutral at all costs. It's not that these CEOs don't believe in common sense gun laws; most of them do. However, when it comes to getting involved, these business leaders view the proliferation and continued existence of their companies as more important than the political landscape of their home country.

The reality though is that the existence of these companies fundamentally affects and influences our political landscape, whether they want it to or not. Being the most popular social media platform or the most used search engine or the largest e-commerce retailer, and the biggest consumer tech producer inherently makes you part of the system. And doing nothing — a stance this letter firmly condemns — just isn't enough anymore.