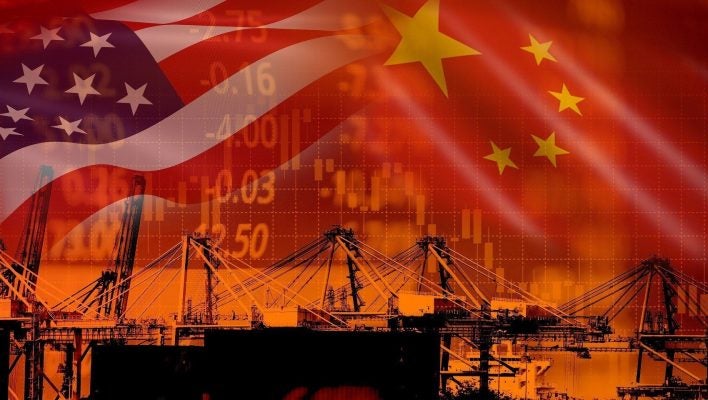 A report has alleged that China is forcing Uighur Muslims to work in factories that supply components to a wide group of companies including Apple, Nike, and tech manufacturer Foxconn, according to a new report.

The report alleges that, between 2017 and 2019, a conservative estimate of about 80,000 Uyghur workers were “transferred” from their native region Xinjiang to work in the factories in “conditions that strongly suggest forced labor.”

We explain below how the tech devices in your pocket may be the product of such labor practices.

The new report comes with the stark title “Uighurs for Sale,” and comes from the Australian Strategic Policy Institute think-tank (ASPI). Vicky Xu, an ASPI researcher and the report's lead author, explained more about that title, and didn't mince words in the process:

The Uighurs are effectively unable to leave their jobs. Security is tight, and those that don't comply may be detained.

The estimated 80,000 transferred workers is consistent with a November report from China’s state broadcaster. According to a Washington Post investigation, the broadcaster said the Xinjiang government had aimed to transfer out 100,000 “surplus labourers” between 2018 and 2020.

“The Uighurs had to come because they didn’t have an option. The government sent them here,” one unnamed vendor told The Washington Post.

Official details are scarce from China's ruling Communist Party. In fact, while reporting on the Post article, a Post reporter was questioned and ordered to leave town while in Laixi.

The brands benefiting from forced labor

At least 83 international brands benefit from this forced labor, according to the report, which details the supply chains involved in the process. Many of these brands are well-known to the average westerner, with Apple and Nike among the biggest names.

As for tech brands, Apple is far from the only notable name to be involved. Many of the biggest names in tech are involved in these “potentially abusive labor transfer programs,” the report alleges, including:

Each of the brands above have had products tied to at least one factory, though some are tied to multiple locations.

The report is the latest information about the Communist Party's actions, following a major leak in November 2019.

According to documents leaked to news organizations at that time, over a million Muslim ethnic minorities have been relocated into what the Communist Party terms “vocational education” centers.

“Voluntary job training is the reason the Chinese government has given for detaining more than a million ethnic minorities, most of them Muslims,” the Associated Press reported. “But a classified blueprint leaked to a consortium of news organizations shows the camps are instead precisely what former detainees have described: Forced ideological and behavioral re-education centers run in secret.”

A leaked guide described those being detained as “infected” by the “virus” of Islamic radicalism, the New York Times reported at the time.

While the documents wouldn't have leaked without some measure of dissent in the party, the new report out from ASPI indicates that the alleged forced labor is not only ongoing, but is also directly supporting some of the biggest tech brands around the globe.