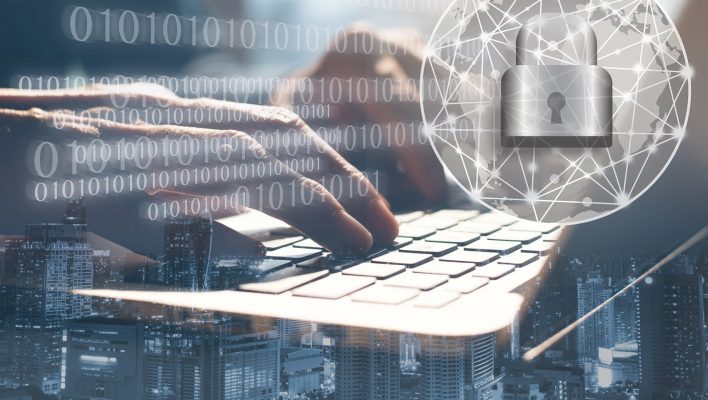 Cybersecurity risks are the highest priority for businesses around the globe in 2020, according to an extensive new survey. By comparison, climate change clocked in at seventh as the biggest perceived business risk worldwide.

Granted, that's still climate change's highest ever ranking, and a sign that it's moving up in importance as the effects of humanity's impact on Earth's climate become increasingly extreme.

The findings, along with further insights into top business risks, come from the Allianz Risk Barometer 2020. The research draws upon a survey of more than 2,700 experts, spanning 100 countries. Here's the relevant information to know, as well as all the other top cyber risks that businesses will face in the very near future.

This is the ninth annual survey of business risks from Allianz, and this year marks the first time that cyber incidents hit the number one spot across the world. The risk of digital threats garnered a mention from a full 39% of all responders, the Allianz report notes. That says a lot about the rapid rise of awareness around the issue, driven by a never-ending stream of high-profile losses due to hacks, leaks, or other vulnerabilities.

Cyber risks can affect any business, from small startups to global behemoths like Amazon. Just this week, it was revealed that Amazon boss Jeff Bezos was subject to an alleged data hack.

The biggest concern for huge operations is a massive data breach, and the risk is getting larger with each passing year. The biggest breaches (those involving over one million compromised records) now cost businesses an average of $42 million, a number up 8% since the same time last year.

Check out Tech.co's list of expert security predictions for 2020

The cyber threats themselves come in many forms. Phishing attempts are a big one, in which a fraudulent email or phone call attempts to bait employees into sharing personal account information.

With a denial-of-service attack, a hacker or hacking group might flood a system with information requests in order to intentionally make it unusable. Given the rise of state-sponsored attacks, this option might be an increasingly large concern.

Finally, there's ransomware, a type of malware that, once downloaded, locks all access to a system's data unless the hacker is paid a ransom. Hackers have seen plenty of success with this. One small Florida town paid $600,000 just last year to get back access to its city records.

Here's an infographic summary of the main points revealed in the new report – you can click it to expand for a better view. 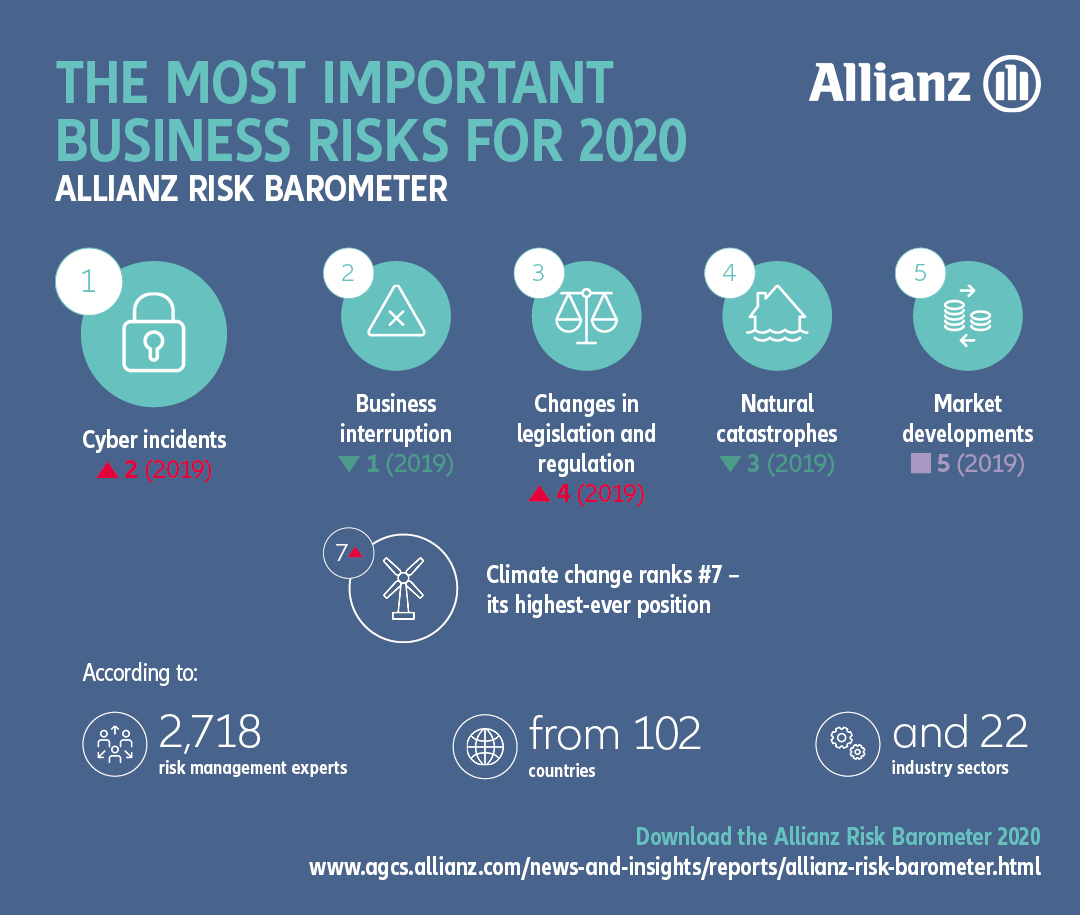 Saying climate change is at a mere seventh place in the Allianz list is a little misleading, however. “Natural disasters” took fourth place, and the two risks are frequently one and the same. Natural disasters are increasingly common as a result of global climate change. Sure, the hotter summers lead to increasing risks of wildfires in areas like Australia and California, but they also lead to harsher, snowier winters in other areas.

Shuffle in the increased likelihood of tornadoes, droughts, and flooding, and you have plenty of natural disasters causing concern for businesses worldwide.

Of course, large corporations must shoulder some blame for the human-created acceleration of climate change in the first place. Some are making feints towards addressing their culpability.

Microsoft recently revealed its plans to remove all carbon dioxide it has released into the atmosphere since its 1975 funding, across the next thirty years. Still, far more companies will need to take proactive measures in the future.

How Can Businesses Guard Against Cyber Threats?

In the short term, it's cyber attacks that are driving corporations to take real preventative action. But what are the best practices?

It's a tough battle, after all, given that hackers and security experts are constantly adapting to each other in a never-ending arms race straight out of that one Dr. Suess Butter Battle book. You know the one.

Here are a few summary advice points for best practices.

Ultimately, the path forward is a robust cybersecurity system, with regular employee training and a dedicated team or a trusted third-party service. A few precautionary measures, including multi-factor authentication, VPNs, password managers and thorough employee education around cyber-risk, will go a long way towards ensuring safety in the upcoming year.