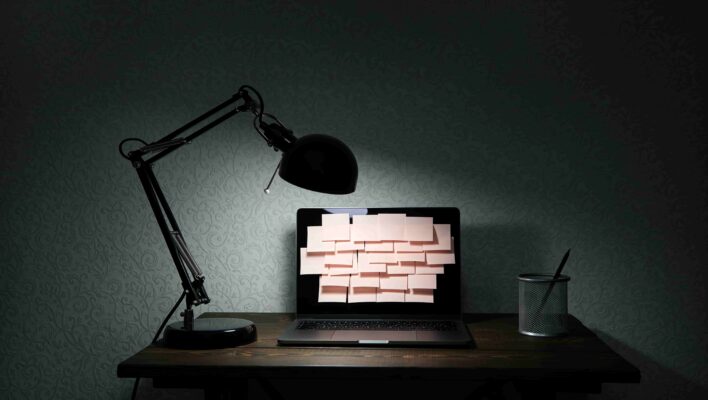 A recent study has revealed that the vast majority of US adults feel “overwhelmed” by their email inboxes, while a third have admitted defeat and abandoned or deleted them altogether.

The continuous adoption of business communications platforms like Microsoft Teams, the proliferation of collaboration tools such as project management software, and the threat of phishing attacks together create a strong case that email may not be fit for contemporary workplace communication purposes.

But, considering the billions of emails sent every year, it’s unlikely we’ll be kicking the habit any time soon – however good the alternatives may be.

According to data compiled by email management software provider Gated, which surveyed 560 working US adults and complemented it with responses from 1,500 Gated users, 62% of people agree that it is hard to focus because of digital distractions, while 67% of people feel “overwhelmed by their inbox”.

More worryingly, 82% of survey respondents reported missing important emails because their inbox is too full, while 73% said they received too many “unsolicited” emails.

33% of those surveyed said they were spending more than one hour a day dealing with their email inboxes, while almost three-quarters said they felt “guilt or stress” over emails they have not read and replied to.

30% of US adults surveyed have gone one step further and “declared email bankruptcy” – either “entirely deleting” or “abandoning” their inbox due to email overload.

This drastic action is made more understandable, however, by the fact that Gated found 28% of work emails were “not of immediate value” to the recipient.

Email Is No Longer the Best Way to Communicate at Work

While email inboxes have become increasingly overcrowded in the past decade, better ways to communicate with work colleagues, such as Slack and Microsoft Teams, have gradually emerged.

Communicating through these apps, which arguably share more similarities with social networking platforms like WhatsApp or Facebook Messenger than they do with email, removes the vast majority of use cases for internal, colleague-to-colleague email correspondence.

Meanwhile, project management software and other business tools such as CRM systems have continued to expand their suites of collaboration tools in an effort to centralize communications around singular apps and promote efficiency. Team instant messengers and project message boards, for example, are now commonplace.

Although email is certainly still the best way to contact someone that works for another business, 22% of US adults say email is no longer their primary source of external communication, according to the survey. Contacting clients, customers, and other companies via Twitter and sites like LinkedIn is much more prevalent than ever before.

Is Email Dead? Not Quite

Yet, despite significant developments in the world of business communications, according to Gated, 82% of US adults still use email as their primary source of internal communication at work.

The first email was sent over half a century ago, all the way back in 1971. A modest take on the relevant technological developments that have taken place since then would be that we’ve positively diversified our lines of workplace communication – but many would say we’ve created significantly more efficient avenues to talk to one another.

Couple these advancements with one of the major disadvantages of email – that it’s a hotspot for phishing campaigns and scammers attempting to exploit unsuspecting victims, as well as endless spam and junk mail – and you wouldn’t be a fool for thinking the communication method is on the way out.

But we are, after all, creatures of habit. With over 319 billion emails sent in the year 2021 – a number which is predicted to rise, not fall, in 2023 – it’s unlikely we’ll be giving it up any time soon, whatever cutting-edge communication tool might be just around the corner.