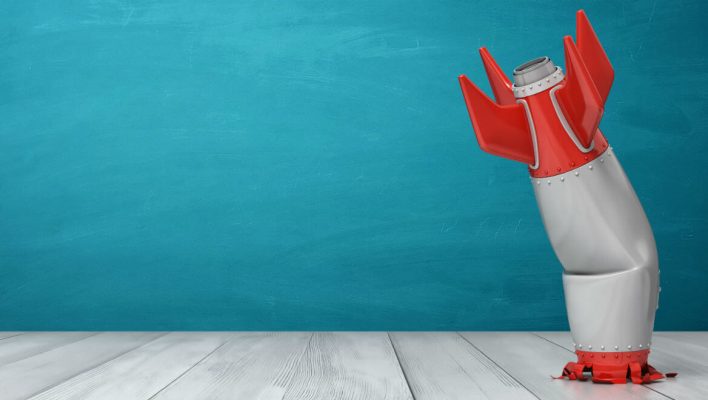 For years, Silicon Valley has been proud of the motto “move fast and break things.” This year, though, launches have come so fast that some seriously prominent products and services have quite literally broken on their debut.

With a constant stream of innovation desensitizing us to being wowed at every turn, many of us are now a little more pessimistic and cautious about the latest service or hardware. But sometimes, this isn't about a cynical tech press – sometimes, launches go truly wrong. A lot of the highest profile flops are even kinda funny, from unbreakable glass that shatters immediately to Samsung snapping its Fold.

Here’s our look at the biggest moments of the past year, where tech giants have debuted new cutting-edge technology – only to wind up cutting themselves in the process.

I know, I know, this was only last month, and our 80-mile-an-hour news cycle has moved on faster than the Cybertruck can pull an F-150 up a hill. But, when it comes to high-cringe content, Elon Musk’s November debut of Tesla’s first electric pickup truck really piles it on.

The big moment comes when Tesla’s chief of design, Franz von Holzhausen chucked a metal ball at the vehicle’s supposedly “armored” and shatterproof glass – promptly shattering it on stage. A quick double-or-nothing attempt at a second try added further proof that anyone can break a Cybertruck's windows, provided they have a small metal ball and a decent throwing arm.

In related news, reports are in that Elon Musk’s other company, SpaceX, is polluting the night sky, hampering astronomers everywhere. Meanwhile, Musk's legal troubles roll on, following his ill-advised Twitter-trolling of a diver involved in last year's Thai cave rescue. So, not a great 2019, but at least Musk will always have that Rick and Morty cameo.

The Samsung Galaxy Fold was great – until you folded it

Foldable phones are the next big thing in smartphone trends, and Samsung wanted to get out ahead of the pack when it scheduled the Samsung Fold to launch in March. It was delayed twice, however, amid reports of a variety of problems displayed by pre-launch review samples.

Multiple Fold review units even shorted out completely when journalists attempted to, well, fold the things. We got our hands on an early sample, and can confirm that even when they weren't breaking, an ugly crease was definitely visible.

After cancelling pre-orders in May, Samsung finally released the Galaxy Fold for real in September. Was the problem really solved? Maybe, but only if you treat the $2,000 device with white-glove-level care. One TechCrunch reporter still wound up with a defective screen even after all those delays.

One of the biggest tech giants in the world wants to launch a cloud service that disrupts the multi-billion-dollar gaming industry. What could go wrong?

Google’s Stadia service was released on 19 November, to mixed reviews. Forget a Netflix-style barrage of content. At launch, Stadia only offered a single game that couldn’t be found somewhere else. “Ooof,” as the Guardian put it, before describing the solitary original game, Gylt, as “charming but uninspiring.” On top of that, other outlets cited poor streaming resolution and graphics, as well as controller issues.

Google will recover. All it needs to do is improve the technical issues and add more original games to the service. Still, it’s embarrassing that one of the biggest companies out there can’t figure this stuff out before going live.

Facebook’s Dating service launched on 5 September. Would I know that if I weren’t a Tech.co writer? Probably not, which says it all. I mean, just the phrase “Facebook Dating” by itself is embarrassing.

But I don’t want to be too mean. Let’s take a quick scan at what an impartial third-party service has to say about Facebook Dating. This is the top tweet when you search the phrase on Twitter:

Why in the fuck would I or anyone ever try Facebook dating? pic.twitter.com/adDXfCwTNB

Here’s the next one:

Let’s end on a positive note. Here’s a reason to consider the service:

Another massive company launch, another bug-ridden setback. The Disney+ streaming service launched on 12 November to a ton of glitches, from “Unable to connect to Disney+” error messages to unworkable features and specific content that proved unavailable.

Disney even intentionally disabled features like the “Continue Watching” functionality, in order to focus on getting the basics to work. This left the service on life support for two weeks after its launch.

Granted, the reason for this embarrassing launch failure was one that every other company in this article wishes they had – Disney saw way more signups than it had anticipated. Over 10 million subscribers logged on.

And anyway, Disney+ debuted a secret weapon at its launch that ensures memories of these technical difficulties will all be forgotten soon. In 2020, all we’ll remember is Baby Yoda.

A poor launch, a bright future?

So, does a terrible launch event or poor reception doom a brand or product to failure? Hardly.

For example, it would be a poor bet indeed to write off Disney+ as a dud, based on a few early glitches alone. Here's a platform that's managed to collect the various IPs of Marvel, Star Wars, Pixar and Disney's entire back catalog. The House of Mouse is in this for the long run, and it's giving Netflix plenty to fret about.

Google, Facebook and Samsung are all big enough brands to take it on the chin if one of their new products or services fails to wow from the word go. The Samsung Galaxy Fold, for instance, was more of a proof of concept than a genuine bet for the phone everyone will want in their pocket this year. Samsung can happily rest on its laurels with the Galaxy S10 5G successfully launched in 2019, and rumors are already circulating of a show-stopping Galaxy S11 series following it up in 2020.

Still, we wouldn't bet the farm on the Tesla Cybertruck dislodging the Ford F-150 as the most sold pick-up truck, even if Musk claims to have the better of it in a literal tug of war. Nonetheless, the ever-modest Elon has happily tweeted that he's taken 200,000 pre-orders already, so anything's possible…