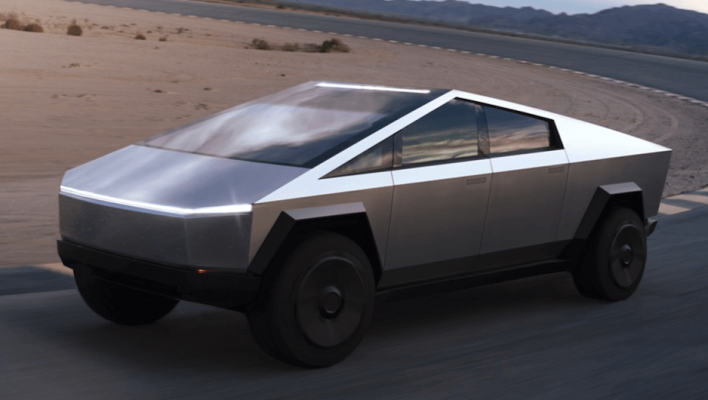 Yesterday, Elon Musk proudly and dramatically unveiled the Tesla Cybertruck, an all-electric pickup truck with armored windows and a whole lot of hype. Unfortunately, the vehicle is being mercilessly mocked online for its unique aesthetic. Despite its harsh reception (not helped by “unbreakable” windows that proved anything but), at least Musk is thinking outside the box.

Musk is nothing if not the quintessential eccentric entrepreneur. From SpaceX's self-landing rockets to the Boring Company's gigantic traffic-fixing tunnels, Musk doesn't do anything small or uninteresting. His interviews are unconventional, his products are unique, and his tweets are…fascinating.

Now, with the release of the Tesla Cybertruck, Musk has stirred the pot once more with the ultimate addition to the vehicular history of the world, and it's certainly a unique one.

What Is the Tesla Cybertruck?

At an event in Los Angeles yesterday, Elon Musk unveiled a number of Tesla vehicles, among them the now infamous Cybertruck. With three models planned for launch in 2021, the all-electric pickup truck is 231.7 inches long, 79.8 inches wide, and 75 inches tall, and it can allegedly reach 60 mph in 2.9 seconds. It's capable of towing up to 14,000 pounds, and it'll start at $39,999.

The idea for the unique pickup truck surfaced in 2012 when Elon Musk mentioned his desire to build a “supertruck” in a casual tweet. He even brought it up in an interview last year.

“I really wanted something that’s like super-futuristic cyberpunk,” said Musk told Recode last year. “Which, if it doesn’t … if I’m weirdly like … if there’s only a small number of people that like that truck, I guess we’ll make a more conventional truck in the future.”

And, while the Cybertruck may look unique, its engineering isn't quite so space-age. The pick-up's unique design is determined by the batteries it uses.

Tesla, understandably, likes to put the batteries as close to the ground as possible to lower their cars' centre of gravity. However, most pick-up trucks use a body-on-frame design where the body of the car is a separate element to the frame and have to be connected — but this isn't possible with the Cybertruck given the need for batteries. Instead, the Cybertruck uses a unibody design which is far more common in regular passenger cars.

However, its far easier for a pick-up to manage the stresses of heavy lifting and towing with a body-on-frame design as the frame can be reinforced to manage the work. With a unibody design, the entire frame of the pick-up needs extra reinforcement to mitigate the twisting effect of hauling heavy loads — the sloping rear of the Cybertruck hides a piece of metal that supports the rear of the towing bed.

Musk's intuition may not have been far off, as the aesthetic for the Cybertruck is notably off the beaten path, which has garnered a negative response from pretty much everyone. Luckily for us, those responses are also pretty hilarious.

The Response to the Tesla Cybertruck

Concept cars from automakers are nothing new, but this isn't some make-believe, futuristic car with a holographic butler that's never going to get made. Musk has made it clear that the Cybertruck is going to hit the market and will be purchasable sooner rather than later.

Tradition dictates that anything this new and unique in the tech industry must be relentlessly ridiculed online, and the internet has answered the call:

Seriously it's like a Delorean mated with a Pontiac Aztek.

i’m gonna tell my kids this was the new tesla #Cybertruck pic.twitter.com/7ctpzQZuEa

The Cybertruck mockery is as plentiful as it is funny, but in a progressive industry that has rested on its laurels for a long time now, it's nice to see someone thinking outside the box for once.

However, the Cybertruck appears to have been popular with well-heeled consumers. Musk tweeted on Sunday that the, erm, unusual pick-up had received over 200,000 pre-orders with a $100 deposit. This means that one of the weirdest vehicles of our time has already amassed its creators $2 million without even turning a wheel. And, if the orders are fulfilled (which is no guarantee with Tesla), then it should net Musk's car company at least $8 billion.

At Least the Tesla Cybertruck is Interesting

Change doesn't come easy in the business world. Whether it's the tech industry or the automotive industry, dramatic paradigm shifts are just not what consumers want and it's not what they're going to get. Smartphones are rectangles, headphones have no cords, and cars are shaped like, well, cars.

But why settle for the status quo in an industry built on innovation? Before Elon Musk, rockets were disposable, people drove their own cars, and gigantic, traffic-saving tunnels were nothing but a pipe dream (get it?). Sure, the Cybertruck is a bit of a leap forward in terms of vehicular design, but what's wrong with trying something new in 2020?

To put things in perspective, this month, November 2019, is the month in which Blade Runner was set, the popular 1982 sci-fi film featuring flying cars, holographic billboards, and bioengineered humanoids. The world couldn't be farther from the tech-forward setting of the film, if only because tech entrepreneurs and automotive CEOs aren't willing to take these outrageous design risks. If anything, the world needs more crazy Elon Musk ideas to thrust us in the 2020s with a modicum of that Jetsons flare we've been after since the 1960s. Admittedly, the Cybertruck could probably do with some windshield wipers.