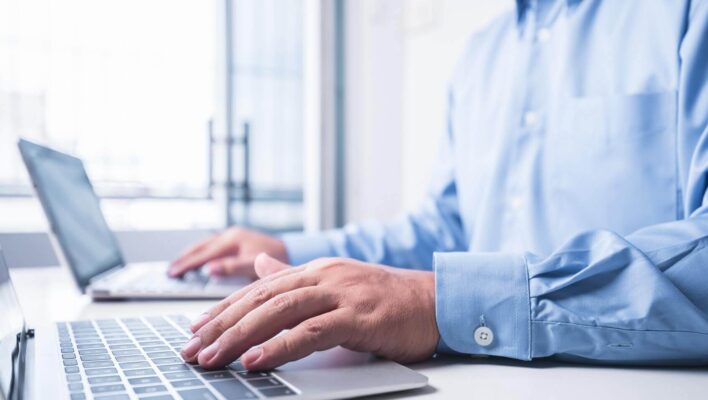 Credit reporting agency Equifax has turned its own employment record tracking tool on its own employees. The result? 24 remote workers have been fired for secretly holding down a second job in addition to their work for Equifax.

The phenomenon of workers who hold two jobs at the same time, the “overemployed,” has recently shot into the public eye — one worker claimed on Reddit that he held five jobs simultaneously and was set to make $1.2 million for the year.

To stop workers from bucking the system, Equifax relied on employment records collected from around 2.5 million companies in a move that opens up a conversation about workplace surveillance in addition to the question of secret second jobs.

How Equifax Uncovered Its Overemployed Workers

One of the tools offered by the huge credit reporting company Equifax is called “The Work Number.”

The tool has access to a database of employment records (even weekly pay) covering about 105 million US workers, according to an Insider article. With it, companies can check their own employees to see if any of them pop up as currently employed by any other company.

Equifax searched its more than 1,000 employees and contractors for any signs of overlapping payment periods. The company actually found 25 workers with a second job and fired 24 of them.

There's no word on what the situation was with the 25th employee, but it's possible they were able to sufficiently explain their side-hustle. Working two jobs isn't illegal in the US, though the Equifax handbook does say it is not allowed at the company.

Some Equifax employees were unsettled by the news, with one telling Insider that they were “not sure how Equifax can be trusted with data when it uses it to spy on its own employees.”

Remote work has become more popular since the start of the Covid pandemic in 2020. What was initially a shift spurred by safety precautions has given a large swath of US workers more flexibility and comfort. Not everyone likes working from home, and not all industries can offer it, but remote work is definitely a net positive across the board.

But it comes with a few downsides. One is looser cybersecurity: Attacks like ransomware or phishing attempts have shot up in recent years, with privacy measures including VPNs and password management tools racing to keep up.

But the downside with an immediate impact on workers everywhere is corporations' collective attempts to police their actions. Equifax's The Work Number service keeps tabs on millions of people's work history, even including the size of their paychecks, though Equifax says that paycheck information isn't disclosed to third parties.

US citizens have been discussing the pitfalls of government and corporate surveillance for decades, from Watergate-era paranoia up to modern questions surrounding just who has access to smartphone data and Ring camera footage. Equifax's recent firings hint that, as we work increasingly from home, those questions won't be going away.