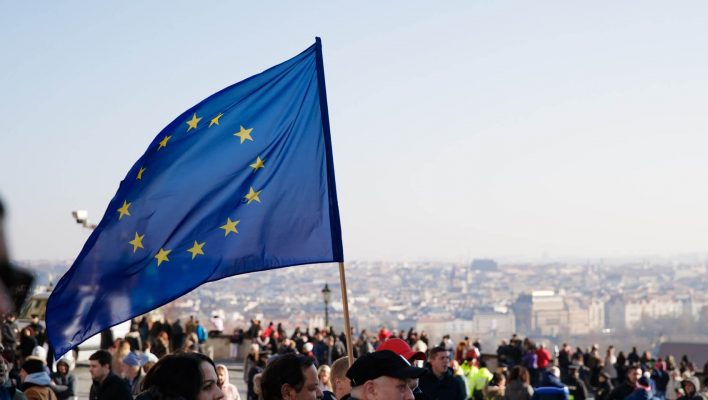 EU officials have provisionally agreed on the Digital Markets Act (DMA), a landmark law that aims to reduce anti-competitive practices from big tech companies including Google, Meta, Apple, and Amazon, among others.

The tech companies in question may be forced to pay up to 20% of their global revenues for repeat breaches of the Act and could even risk be being broken up.

Apple and Google have both released statements taking a critical stance against the law, which may be the biggest change in how governments handle big tech in decades.

What the Act Does

The DMA covers a lot of ground but will enact three major changes worth parsing. First, it will mandate that messaging services must be interoperable. This means that apps including WhatsApp, Facebook Messenger, and iMessage will need to be able to interact with smaller messaging platforms.

Second, the DMA will place limits on a company's ability to bundle services. Like the interoperability mandate, this is designed to give smaller services a chance to compete. Larger companies' range of services can easily create a network effect that serves as a moat to keep users from leaving — even if the smaller service is objectively better.

Third, the DMA bans self-preferencing, a term which refers to practices that will put a finger on the scale in favor of the tech company. Amazon has been ruled against in US court for related practices, while Google was fined in the EU as recently as 2021 for self-preferencing.

The US has chewed over similar regulation but hasn't yet enacted any of the laws they've been considering.

Apple and Google have both issued statements, and they're not happy. Here are the tech giants' thoughts, as reported by the Financial Times.

Apple says the law “will create unnecessary privacy and security vulnerabilities for our users while others will prohibit us from charging for intellectual property in which we invest a great deal.”

Google says: “We’re worried that some of these rules could reduce innovation and the choice available to Europeans.”

Granted, they have an obvious bias in the matter, but plenty of tech pundits and experts have hesitations about the DMA as well. Device interoperability alone will be incredibly difficult to enact, they say, and will likely open up security issues.

Overreach from tech corporations has been a hot-button topic for years. Will the EU's new laws sufficiently address the issue? Whenever we find out, at least we'll be able to easily message our friends about it on all our interoperable devices.