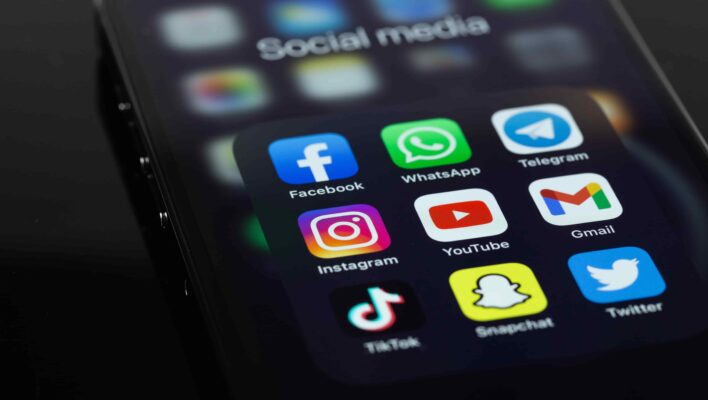 To say Elon Musk’s initial weeks at Twitter have been nothing short of tumultuous would be to understate the seismic turmoil the social media platform is going through.

Since October 28th, the day the acquisition was made official, thousands of dismayed Twitter users have been searching in droves for alternatives to Twitter. Meanwhile, the news has been awash with stories about Mastodon and other rival networks.

The reality is, however, that at present there is no true Twitter alternative – while at the same time, Twitter as we know it seems to be morphing into something much uglier than it used to be.

The very nature of what makes Twitter unique is highly likely to change in the coming months, due to leadership, staffing, and new features. Moderating 230 million users is hard, not least when you’ve axed half your staff and disenfranchised others working for you.

Former Head of Trust and Safety, Yoel Roth, has left the company along with a string of other top executives. Some commentators are already predicting that major personnel changes like this could instigate degeneration, as a lot hangs on their replacement.

Self-professed free speech absolutist Elon Musk already allowed Kanye West back to Twitter after the rapper’s account was suspended for anti-Semitism – and marked his return with a friendly tweet.

Don’t kill what ye hate
Save what ye love

At the same time, reinstating Donald Trump’s account is a huge risk. The lifting of his suspension signals a dramatic shift in approach to content moderation, platform standards, rules, and perhaps the type of person who will benefit from Musk at the helm.

There are various other sub-plots that almost pale in comparison to that news but will contribute to the rapid – and worrying – evolution of Twitter into something quite different from what we’ve come to expect.

A good example of this is Musk’s introduction of the paid verification program, which has led to the feature being abused and hundreds of businesses and celebrities being impersonated – and, importantly, the fact he was warned that this would happen before doing it.

With all this in mind, it’s no surprise people are looking for Twitter alternatives. When Musk officially took over Twitter, the number of people searching for other social media options increased exponentially (source: Google Trends):

Mastodon, a decentralized platform for creating self-hosted social media platforms, was perhaps the biggest winner from Musk’s chaotic acquisition and attracted considerable media attention after its user base increased by 6,000%.

Other sites like Hive, which Vanity Fair describes as a combination of “Instagram and Twitter with a hint of nostalgia from Myspace” has also seen a huge surge in sign-ups, hitting one million total users this week.

Countersocial also received some initial traction, with installs skyrocketing 2,300% in the 12 days following the acquisition.

On top of this, there is also an existing ecosystem of Twitter alternatives frequented by those on the far right – collectively dubbed “alt-tech” – whose creators were spurred on by the stricter rules on sites like Twitter.

Despite initial surges, it’s highly doubtful that any of the above options will provide a genuinely viable alternative to Twitter. The fact is, there is no actual Twitter alternative.

Twitter is completely and utterly unique as a product on the internet. It is the place online where an unmatched amount of mainstream, global news materializes at a hellishly rapid rate.

Elon Musk has not bought Twitter for its technical stack or advertising capabilities – that is not the product here. It is the platform that sits at the fingertips of world leaders, celebrities, and other powerful people, who use it as a tool like very few other sites. That is the product.

It makes sense that out of all of the social media platforms out there, the way people use Twitter is perhaps the most simplistic. You create an account, you post your opinions, and read other people’s thoughts.

It’s a gimmick-free platform, where features and function are very much a secondary consideration. Facebook, another “political” platform has conversely proliferated into a place to game, sell items and organize events.

This is also why content moderation plays more of an outsized importance – the standard of conversation on Twitter is linked to its value in a way it isn’t on other platforms, from networks to games.

A large tech entity won't replace Twitter. From LinkedIn to YouTube, they all do something “else” and provide an experience that isn't focused intensely on the swapping of opinions.

Similarly, smaller, novel “alternatives” like Mastodon and Hive won’t replace Twitter either – even if they have similar functionalities, add useful features, or try and remedy problems with Twitter by enforcing things like ultra-strict content moderation. Oft-touted “alternatives” sometimes offer segmented networks designed to target people with specific “interests” or make you use an “avatar”.

The most powerful people in the world do not have time for the bells and whistles – they care about influence, not a fulfilling user experience.

The likelihood that celebrities will give up the influence and power Twitter hands to them – a personal soapbox at their fingertips – is vastly unlikely.

Everyone – journalists, activists, and citizens that want to remain informed – will follow the people with power. We all want to participate in a living, breathing – and often screaming – dialogue. This just isn't an option on other platforms.

This is why, despite all of the turmoil and people leaving the platform, Twitter still hit its record daily user figure after Musk’s acquisition.

Other smaller platforms simply don't have the huge reach of Twitter. Nobody is aware of this more than Trump. He has stated that he won't return to Twitter despite his ban being lifted, but it must irk him to think of the 88 million followers he has left behind on that platform, compared to the just over 4 million he has on Truth Social.

The forecast for those passionate about public debate and participation in politics, as well as those who thought better, more dynamic content moderation could have actually made Twitter a better place, is decidedly bleak.