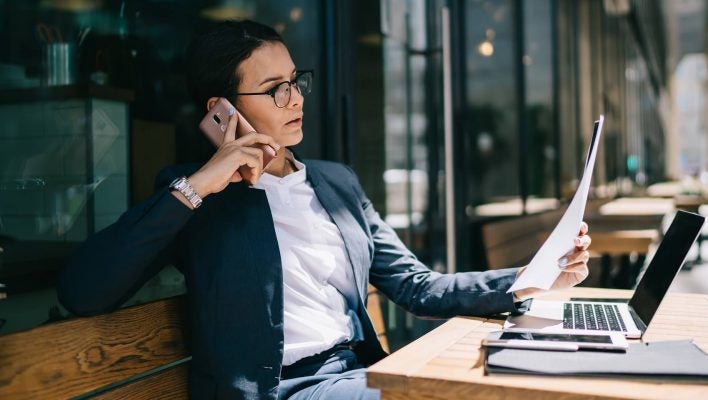 One of the biggest changes the COVID pandemic brought to the business world was the rapid evolution of remote work. What was once a mere perk no one could count on immediately turned into a core part of how white collar work took place.

Now, with the pandemic on the decline in the US, businesses are eager to rev up the capitalist machine. This raises a question: Should they keep full-time remote work open as an option or instead try to stick the cork back in the remote access software bottle? Or pick a compromise somewhere between the two, requiring two or three days back in the office per week?

There's no rulebook to follow, and major tech corporations haven't yet to agree. Just in the last week, Apple, Facebook, and Amazon have all updated their opinions. Spoiler alert, they're not on the same page.

For a company that just announced great new upgrades to its Facetime software, Apple sure doesn't seem to want its employees using it. The company's stance, revealed last week, is that all employees must come into the office on Mondays, Tuesdays, and Thursdays, with an additional two weeks of fully remote work per year.

It's an expansion of their pre-pandemic policy, but still establishes an expectation of in-person attendance that won't accommodate anyone who needs to spend most of the week remote. The $2 trillion tech giant is clashing with its own employees over the matter, according to an internal letter:

“We would like to take the opportunity to communicate a growing concern among our colleagues,” says the letter, reported on by The Verge, “That Apple’s remote/location-flexible work policy, and the communication around it, have already forced some of our colleagues to quit. Without the inclusivity that flexibility brings, many of us feel we have to choose between either a combination of our families, our well-being, and being empowered to do our best work, or being a part of Apple.”

The letter comes with a series of formal requests, with the biggest being that Apple “considers remote and location-flexible work decisions to be as autonomous for a team to decide as are hiring decisions.”

Check out your top remote access software options over here

Just today Amazon revealed in an internal memo that office workers can now stay remote for two days out of each week, with an additional allotment of four weeks per year in which to work fully remote. It's the same as Apple's policies (with an extra two weeks of remotely working), but it's a shift towards remote work from Amazon's previous stance.

It is the first big update to the company's position on the remote work issue since March 2021, when Amazon said it would be returning to an “office-centric culture.” The clarification follows a backlash from employees who didn't want to leave their remote lifestyles, the Seattle Times notes.

We may see more compromises like this, as company cultures push for in-office work on one side while employees ask for more flexibility on the other. Then there's Facebook.

Facebook has been steadily leaning into the remote work ethos. It initially said in May 2020 that only senior and experienced employees could request permanent remote work, although CEO Zuckerberg said at the time that 50% of the company might be working remotely in another decade.

Facebook announced yesterday that all full-time employees can now work from home, as long as their jobs can be done remotely. They can even request to work across international borders, though there's no word on how likely they are to be approved. Those who choose to work in-person “will be asked” to come into that physical office “at least half the time.”

It's the most lenient new policy of those announced in the last week — though it might not be as good as it sounds. One potential catch went unmentioned: Facebook has previously mentioned reducing the pay of those who move to cheaper areas.

The post-pandemic rules aren't set in stone, and we can expect to see plenty more employee letters arguing the case for expanded flexibility in the near future.