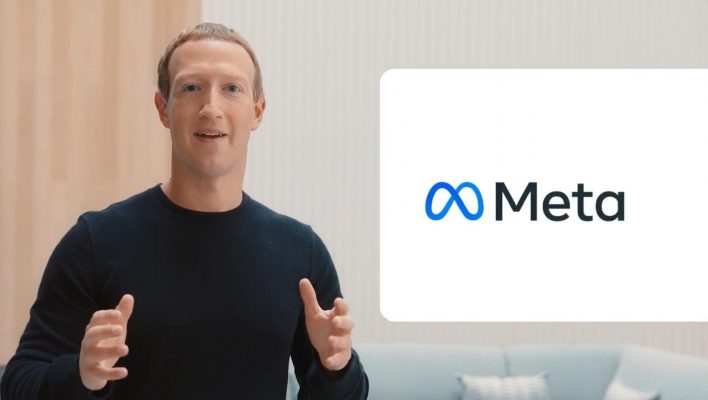 It's a name that highlights the massive platform's new focus on an augmented and virtual reality platform, the Metaverse.

At the same time, the social media giant is smack dab in the middle of its biggest scandal yet. Or more, accurately, several dozen different scandals, all stemming from a whistleblower who has leaked a large amount of internal documents.

Turns out Facebook's core features are indeed promoting misinformation and extremism, yet Facebook's higher-ups have ignored many suggestions on how to improve from their employees. Also, they have buried other reports, valued growth over the privacy of billions, failed to develop any plan ahead of the January 6 insurrection, ignored years of staffer complaints about lobbyist power over the company, and failed to address human trafficking on the site.

There's more, too, but this intro can only be so long.

The new name is part of Facebook's pivot towards building the “Metaverse,” a term that refers to a VR environment that users could enter and hang out within — kind of like the VR world in Ready Player One. According to Zuckerberg, the Metaverse will usher in “richer experiences by adding new layers to the world that we can interact with.”

The demo, released today as the keynote for the Facebook Connect even, does look cool, with a strong focus on bringing together people from around the world like an AR and VR version of the world's best Zoom call. It could support parties, games, fitness workouts, and entire workplaces. The demo even included far-out elements like the possibility of essentially controlling the interface with one's mind, through tech that registers otherwise imperceptible movements.

Granted, the keynote demo is just a CGI replication of what the Metaverse system might be able to do, which reminds me of the Tesla bot demo that featured a guy dressed up as a robot rather than a prototype of any sort. It's impossible to say when the actual tech will be ready to go, given inevitable challenges like avoiding lag or getting the right haptics that the demo glosses over. It certainly seems to be a decade or more away and feels similar to those self-driving cars that are always almost ready to launch but never quite seem to get there.

Facebook is hiring thousands of engineers to work on the project, and plans to spend at least $10 billion this year on the hardware and software the Metaverse needs to get going.

One place where Facebook's name won't be changing is on the “Facebook Papers,” the term for the explosive batch of thousands of leaked internal documents that has dropped so many new scandals on the massive company.

The insights into Facebook's poor internal practices are too numerous to sum up, although you can check out a roundup of 40 or so articles over at Protocol if you wish. But the overview is more important than the details, and it's a damning one by many accounts. Here's what Adrienne LaFrance, executive editor of The Atlantic, had to say:

In other words, it's impossible to overstate how serious this crisis is for Facebook and the company's 2.89 billion monthly active users.

Experts say the documents show a fundamental failure, both in leadership and in the core details of how the platform functions. The New York Times‘s Mike Isaac explains that everything from the Like button to the Groups function to the Share button was found by internal research to change how people interacted online. As the researchers said themselves, “The mechanics of our platform are not neutral.”

“Time and again, they determined that people misused key features or that those features amplified toxic content, among other effects. In an August 2019 internal memo, several researchers said it was Facebook’s ‘core product mechanics' — meaning the basics of how the product functioned — that had let misinformation and hate speech flourish on the site,” Isaac writes.

Perhaps the worst revelation is that none of this needed to be so bad: Facebook's own employees have come up with plenty of potential fixes to address misinformation and other harms, like cracking down on patterns found to be tied to harmful content. To be fair, internal documents do show that Facebook would attempt to course-correct at times. But they also show that Facebook execs would nix ideas that reduced engagement — one April 2020 document details CEO Mark Zuckerberg's hesitance to enact a change “if there was a material tradeoff,” Wired reports.

The contrast between these documents and Zuckerberg's public comments is harsh — at one point in his keynote today, he mentioned the importance of baking privacy into the Metaverse on day one.

A new name won't fix problems that run this deep, and no company with problems like this should be establishing a Metaverse of any sort.

Yet the answer isn't as simple as deleting Facebook. The sheer volume of people that depend on Facebook's various apps and messaging services for business and personal communication can't be overstated: 98% of social platform users in Mexico use Facebook, and 95% in Brazil. It's an overreliance that makes it tough to address Facebook's myriad problems.

Facebook's finances are far from collapsing in the wake of this news, too. Stocks have dipped, but third-quarter profits are expected to rise 18% from a year earlier. Past scandals have sent stock down for a time, like the 2018 Cambridge Analytica data scandal, which dropped stocks 27% that year. Halfway through 2019, however, and they had more than recovered.

After this new insight into the inner workings of the world's biggest social platform, the best fix may just be new antitrust laws. And as it happens, Facebook's in the middle of an antitrust suit launched by the Federal Trade Commission last year. These documents might just prove beneficial in that case.