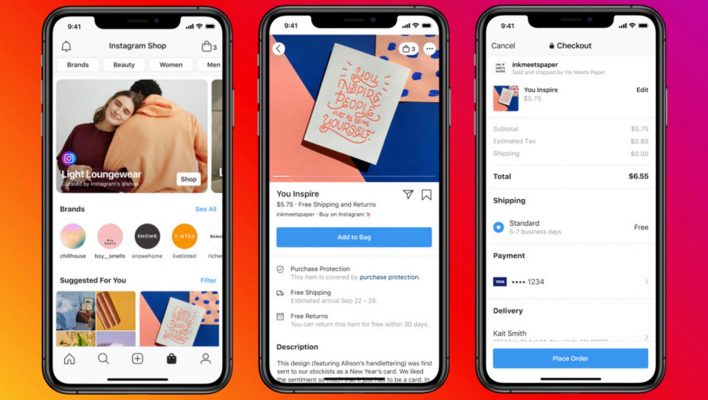 Now that everyone is stuck working remotely, plenty of us are turning our hands to running our own businesses from home. Now, two of the internet’s biggest companies are all trying to make selling online easier than ever.

In the space of two days, Facebook announced “Shops” and Shopify announced “Balance.” Facebook Shops is a new feature which would let customers buy products from independent retailers without leaving the Facebook, WhatsApp, or Instagram app. Shopify’s Balance, meanwhile, is a new and surprisingly straightforward merchant account which will make setting up an online store even easier.

Let’s take a look at the new features and why everyone is ecommerce-obsessed all of a sudden.

If you’re confused by this new announcement, we don’t blame you.

You can, after all, sell stuff on Facebook at the moment. For example, you could sell a secondhand product on Facebook Marketplace – though you’re not able to exchange money in that section of the app. You’ll also see businesses touting their wares on Facebook, often with links that allow you to buy the product.

However, the new Shops feature means that buyers won’t have to leave the Facebook or Instagram app environments in order to actually exchange funds for the purchase. That might seem like a small technicality, but it is a big step for Facebook, turning it from an advertising and social media platform to, effectively, an ecommerce platform.

So, why is Facebook launching Shops? Ostensibly, because it wants to add another string to its money-making bow.

“Our business model here is ads, so rather than charge businesses for Shops, we know that if Shops are valuable for businesses they’re going to in general want to bid more for ads,” Mark Zuckerberg said. “We’ll eventually make money that way.”

Facebook also said that it is working with the likes of Shopify and BigCommerce on Shops to help support small businesses. These existing ecommerce platforms allow users to integrate a Facebook page into their online store operations, giving them another avenue to attract business. But, with Facebook now allowing users to checkout in-app, these ecommerce platforms are going to lose out on some revenue. 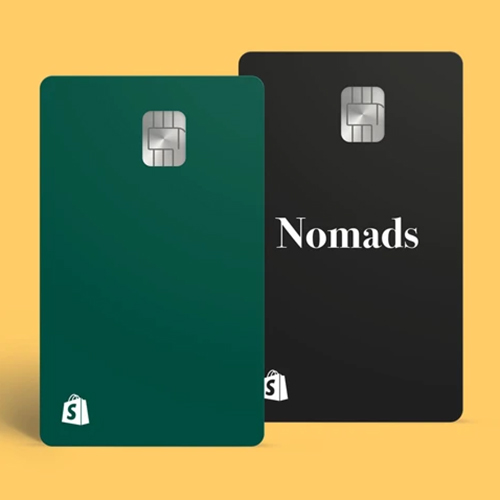 If you want to start a business, and accept card payments, you’ll need a merchant account — a type of bank account designed to store the funds necessary to run a business.

However, according to Craig Miller, Shopify’s chief product officer, the existing options aren’t fit for purpose any longer.

“The traditional products offered by banks were created in a world that’s very different. We went back to the principles of how they should be designed.”

Shopify Balance will give merchants a place to collect the money they make from their Shopify store, and the ability to log in, track cash flow, and pay bills. Shopify also said that it will offer cashback rewards and discounts on product shipping and marketing to Balance users. Users will also get a physical card to use.

However, users won’t be able to deposit cash into their Balance accounts — only money from the Shopify store or POS system will be allowed to enter the account. Of course, this might make managing and accounting easier.

Shopify has also announced a Buy Now, Pay Later feature. This gives customers the ability to pay for products in four equal instalments with no interest or additional fees. A new Local Delivery option is coming to Shopify businesses as well, which can give merchants the ability to manage deliveries for nearby customers separately from those who might be from farther afield.

Why is Everyone Getting into Ecommerce?

Yep, you guessed it – coronavirus.

“Some of the things we were anticipating as being important over the next coming years became super important basically overnight,” Craig Miller said. “We’ve been trying to equip our merchants as much as possible to deal with this kind of situation.”

Apparently, the number of local orders Shopify merchants received each day increased 176% in the six weeks leading up to April 24 — reflecting of course how much people are staying at home and ordering deliveries.

“Right now, many small businesses are struggling, and with stores closing, more are looking to bring their business online. Our goal is to make shopping seamless and empower anyone from a small business owner to a global brand to use our apps to connect with customers,” read a Facebook press release.

So, what’s in it for Facebook and Shopify? Well, money. Facebook will be able to ramp-up ad sales from small businesses and if Shopify merchants go bust, that means no money for Shopify. But, these seem like genuinely helpful tools for small businesses. Maybe this is a rare win-win tech story.

Of course, if you want to sell your products online, you may wish to go all-in and create your own online store. It’s never been easier, thanks to the abundance of high quality ecommerce website builders. We round up the best you can choose in the table below, based on our own extensive testing: