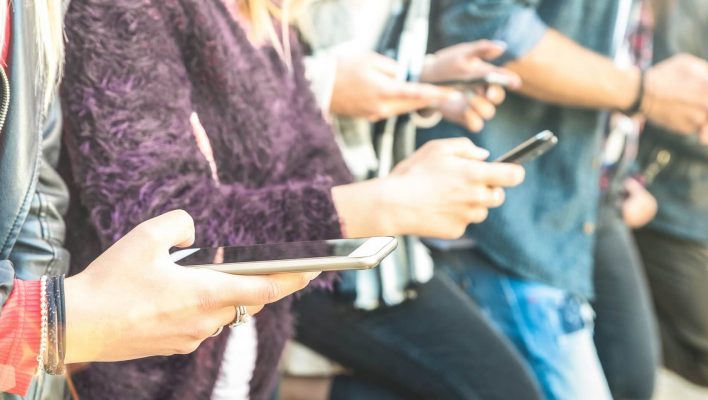 Gen Zers aren't Googling anything nearly as much as older generations. New data shows almost 40% of people between the ages of 18 and 24 are reaching for TikTok or Instagram when they need to search for something online.

You can trust the source on that datapoint, too: It's straight from a Google executive himself, and based on Google's internal data.

It's a sign that the internet search giant's long-lasting reign over internet ad revenue may be faltering, and that's something businesses may want to factor into their marketing budget.

How Gen Z Uses the Internet

Older millennials likely think of the internet as a huge collection of websites, with search engines like Google acting as the central hub that allows them to find the one they need. But social platforms have grown enough to take over the internet.

Many of those websites are still there, of course, but now the central hubs are closed ecosystems like Facebook and Twitter, or, for the younger crowd, TikTok and Instagram. And if another random website has anything worth knowing, someone probably already made a TikTok telling people to visit it.

1999: there are millions of websites all hyperlinked together
2019: there are four websites, each filled with screenshots of the other three.

“We keep learning, over and over again, that new internet users don’t have the expectations and the mindset that we have become accustomed to,” TechCrunch reports Raghavan saying, “the queries they ask are completely different.”

Instead of Google keywords, Raghavan says, younger searchers look for others who have documented their own experience.

“In our studies, something like almost 40% of young people, when they’re looking for a place for lunch, they don’t go to Google Maps or Search. They go to TikTok or Instagram.”

TechCrunch adds that the data has not been made public yet, although Google confirmed his statement refered to a survey of U.S. users between the of ages 18 and 24.

Social Platforms Are Huge for Reaching a New Audience

The takeaway here: the next generation of consumers is relying in large part on social platforms to confirm which stores and experiences are worth checking out.

Granted, this isn't a big revelation. This is why social shopping has been a big buzzword, and it's behind the success of tertiary services like the “link in bio” tool, Linktree, which has just this week launched a mobile app on iOS and Android.

For businesses that need to reach that audience, though, it means a shift in strategy. Buying ads on Google won't find an audience that isn't on Google.

At the same time, there's no easy way to buy the most valuable way to be a hit on social media, since that requires organic posts that take off. Businesses should plan a social media strategy, but they're ultimately at the mercy of the TikTok teens.

Don't let this scare you, though: After all, the remaining 60% of the younger crowd are still turning to Google, so it's fair to say that the search engine remains the dominant force.