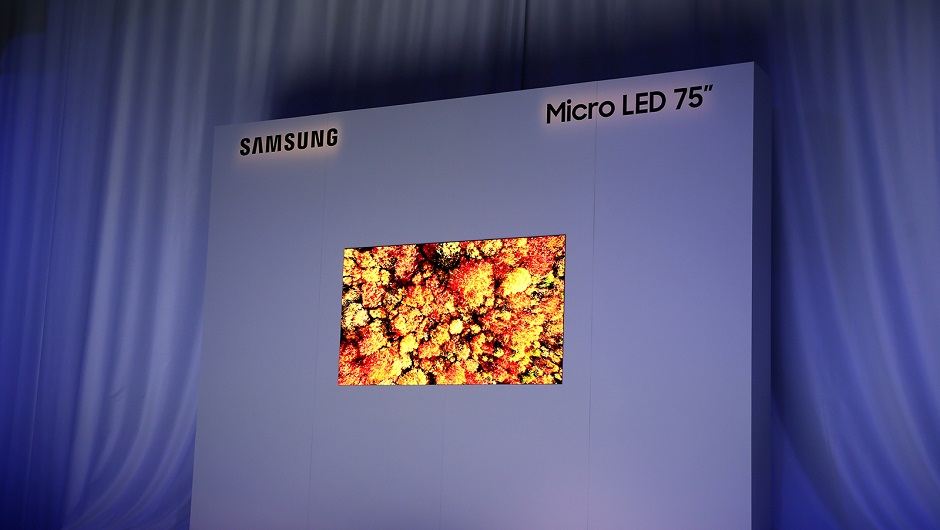 MicroLED is the latest innovation in TV technology, according to Samsung. Promising more detail and better longevity than existing LED sets, MicroLED sets can also be connected together to form even larger screens.

Initially launched by Samsung at CES 2018, the microLED took another leap forward at CES 2019, showing off the technology's scalable, modular side.

How does this new tech work, and when is it rolling out to everyday consumers? Here's what to know about the bright-lit, inky-black future of TV tech.

To understand what MicroLED is, you need to start with LED. Short for “light emitting diode,” this TV tech uses a liquid crystal display that is lit from behind by diodes. The diode light filters through the crystals' colors to create the images you see onscreen.

OLED TVs (organic light emitting diode) have a similar name, but use a different process. Their pixels directly emit light colors themselves, without the need for filters and backlighting. As a result, the images can be a little crisper, with blacker blacks.

Samsung MicroLEDs reproduce all the good stuff from OLEDs, but with better components. According to Samsung, MicroLED TVs last longer, use less energy, and can be used in modular displays.

The big difference between OLED and MicroLED isn't visible on the surface – to the human eye, they'll both look super detailed and bright. What's different is how the technology works.

OLED screens use organic components in order to get their LEDs to directly emit light (that's what the O in OLED stands for). However, these organic parts degrade relatively quickly. The blues in the screen in particular have historically degraded pretty fast, reaching half their original brightness in about five years, if used eight hours a day. That's particularly disappointing for owners, given the higher cost of OLED sets, versus conventional LED TVs.

Modular displays are the splashiest difference, and the one that Samsung has been talking up at both of the CES Samsung MicroLED TV events. The 75-inch panels can be moved around and combined for a total size of up to 219 inches, fitting a customer's needs, or the available space on a wall for either consumers or promotional events.

It's easy to see why Samsung loves the modular panel approach. It makes for a great visual and talking point at a competitive event like CES. They've even dubbed it “The Wall.”

However, the true appeal of Samsung MicroLEDs is the more simple one we already mentioned above – they look as great as OLEDs, but last as long as LEDs. At least, in theory. We still haven't seen any outside of a showroom floor.

Screen resolution is the one final differentiator, and this one doesn't go in MicroLED's favor. While OLED TV resolution comes as high as 8K, MicroLEDs are only currently able to handle up to 4K resolutions. That said, the difference between the two resolutions can arguably be pretty negligible to the human eye at that level of quality – which is why we'd urge consumers not to rush to buy an 8K TV set. 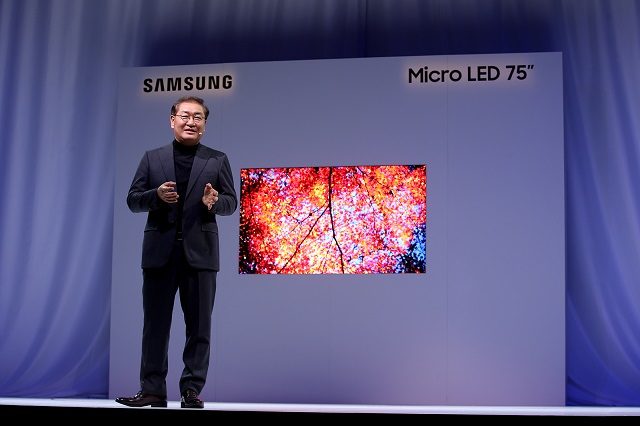 When Can You Buy a MicroLED TV?

MicroLED TVs aren't currently on the market. The first consumer MicroLED television will certainly come from Samsung, the company that debuted the tech in 2018 and which has been working on it for the past few years. However, the Korean brand hasn't offered any release date as yet.

Interestingly, the fact that MicroLED tech is so long-lasting and energy efficient is currently giving plenty of smartphone designers FOMO — I give it even odds that you'll be able to get your hands on a MicroLED Galaxy Note before a MicroLED TV of any size hits the shelves.