Huawei is dominating the tech news cycle again, and for all the wrong reasons.

Over the weekend, the US government issued a ban that prevents US companies from supplying hardware or software to the Chinese tech giant. As a result, companies including Intel, Qualcomm, and Google have been forced to stop selling components and software to Huawei.

The new ban will have a significant impact on anyone using a Huawei device, regardless of where they live. 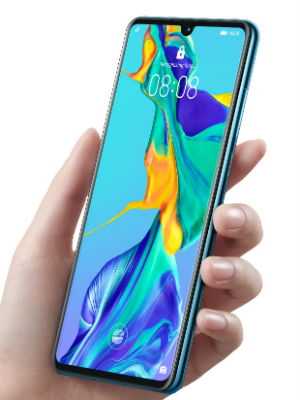 On Friday, the US government blacklisted Huawei — effectively banning US companies from supplying hardware or software to the Chinese tech giant, according to Bloomberg.

President Trump’s administration has accused Huawei of being a front for Chinese espionage activities. There’s no evidence that Huawei is a vehicle for Chinese spying, but the rumors have persisted for a while. The result has been a fairly tense relationship between the US and the company.

However, the company is one of the most visible Chinese brands operating in the West. And the Trump government has been trying to bring China and the US into a trade war. It’s possible that this latest move by the White House is an extension of that policy.

The blacklist would stop US companies such as Intel and Qualcomm from supplying processors for Huawei’s phones and laptops. It will also prevent Google from maintaining the close relationship it shares with Huawei (and other large phone manufacturers) when it comes to Android development.

However, in an interesting twist, Microsoft has issued no news on whether it will stop Huawei using Windows to power its impressive laptop lineup.

What Does this Mean for Android Updates?

Google has decided to limit Huawei to the open source version of Android. While existing Huawei phones will retain access to the Google Play Store and Google Play Protect, future devices won’t be able to access these services or even apps such as YouTube and Gmail.

Similarly, Huawei phones will receive software updates much slower than other devices. However, the Chinese phone manufacturer was keen to make clear that it will still be supporting the devices, though:

“Huawei will continue to provide security updates and after-sales services to all existing Huawei and Honor smartphone and tablet products, covering those that have been sold and that are still in stock globally,” the company said in a statement to Techradar.

What Does this Mean for Huawei, Consumers, and US Companies?

According to Huawei, it isn’t the end of the world. The company’s founder and CEO, Ren Zhengfei, said that the ban “may slow [growth], but only slightly.”

Huawei has notably been one of the only growing smartphone companies, with rivals, including Apple and Samsung, experiencing shrinking sales as the smartphone market becomes saturated.

However, losing access to Android software and the processors that power its laptops and some of its phones is a larger deal. Huawei does produce its own Kirin line of phone processors, but also makes use of Qualcomm’s Snapdragon processors in certain markets. If the US government’s blacklisting of Huawei remains in place for some time, the company may struggle to meet market demand.

For consumers, however, Huawei phones appear as a distinctly less viable option in the wake of the ban. There’s little point buying a phone that isn’t going to get access to the software updates its needs to function.

For US companies, the ban will only have negative repercussions. The US government has, at a stroke, removed one of the world’s biggest phone companies as a customer for US-made parts.

What Effects Could it Have on the Next Generation of Huawei Devices?

We already know that future generations of Huawei devices won’t be able to access the full suite of Android services and apps. This may mean that Huawei might move away from Android and create its own operating system for mobile phones — the BBC is reporting that Huawei has already developed “an alternative” which will “delight” customers.

It may seem drastic but creating its own operating system would be one of the few viable ways for Huawei to continue functioning as a phone manufacturer outside of China.

There wouldn’t be much point in Huawei trying to plug away with a seriously stripped-down version of Android. However, the sanctions could always be removed after a period of months — a similar ban was implemented on ZTE and almost crippled the company before the sanctions were lifted.

Whatever happens, it’s pretty clear that the world needs to get ready for the US-China trade war to really heat up. Expect more tech companies to face bans, and for an increasing disconnect between tech made in the West, and tech made in China.