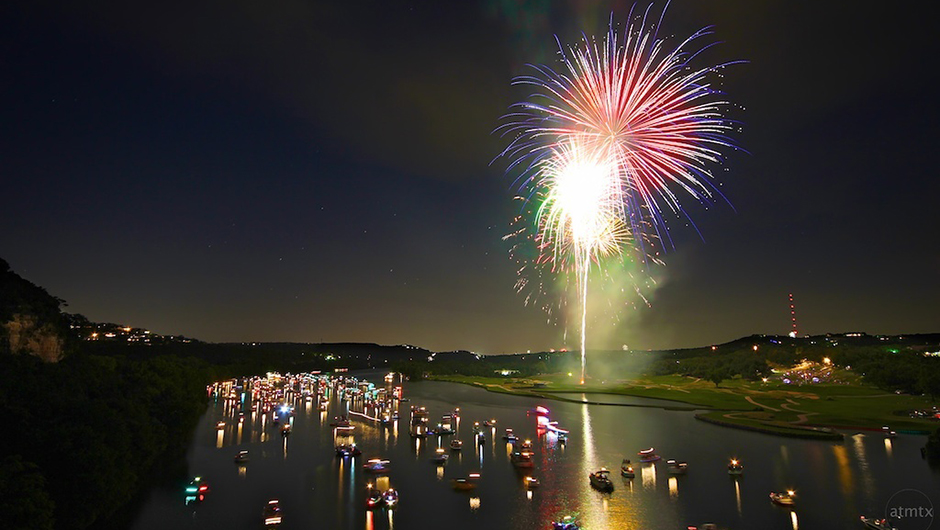 Americans celebrate Independence Day on July 4 to commemorate the signing of the Declaration of Independence by the nation's Founding Fathers. We honor and remember all those who took part in winning independence for America. So today, we at Tech.Co wish all Americans a Happy Fourth of July and hope you are able to take some time today to savor the liberties afforded to us in this great nation.

Speaking of liberty and founders, we'd also like to celebrate the entrepreneurs who have declared their own independence and who make sacrifices to launch new, independent companies, organizations, and ideas.

15 Female Entrepreneurs You Should Know About (But Probably Don’t) Near the end of 2013, these 15 entrepreneurs gave us their stories and identified other entrepreneurs who inspire them.

50 Women in Tech Dominating Silicon Valley The list of smart female entrepreneurs and leaders in Silicon Valley is pretty long, so we tried to gather some of the most inspiring of them all.

Femanomics: 105 Women Venture Capitalists & Angel Investors You Should Know Back in 2012, 105 women made this list of investors. How many have you worked with over the years?

19 Warning Signs That You Might Be An Entrepreneur Speaking of those sacrifices mentioned earlier, entrepreneurs have to do a lot of things to make ends meet and get that product launched. We gathered some stories from a few of our favorite people.

25 Warning Signs That You Might Be An Entrepreneur Because 19 just wasn't enough.

10 Quotes From ‘House of Cards’ for Entrepreneurs  According to American patriot (/cough) Frank Underwood, “Imagination is its own form of courage.” And that's where innovation comes from.

6 Reasons People Leave Big Companies to Join Startups It's hard to become independent from a big company. That's why so few people in the US are willing to do it. Most only dream about it. But to the few and the proud who do, we salute you.

38 Black Entrepreneurs Share Their Origin Stories Everyone has a story that lead to their independence. What's yours?

Top 20 Chicago Startup Founders Under 30 We recently gathered a list of young founders in Chicago who have jumped into the entrepreneurial scene.

Here are the Most Entrepreneurial US Immigrant Groups [INFOGRAPHIC] This great nation was built by immigrants. Here's to those who are most motivated to start their own businesses.

Military Veteran Entrepreneurs Saluted by SBA, Featured on Shark Tank  During National Veterans Small Business Week, the President declared: “we celebrate the entrepreneurial spirit that is crucial to developing the products, services, and ideas that fuel our economy, and we pay tribute to the veterans behind them.

4 Traits Successful Entrepreneurs Have in Common What does it take to be a successful entrepreneur?

Finding Your Billion Dollar Idea: When These 9 Young Entrepreneurs Knew They Found “The One” More fun origin stories from entrepreneurs who took the plunge.

3 Startup Lessons from the U.S. Army Green Berets A former Green Beret who became an entrepreneur and investor writes about the connections he sees between these two endeavors, which are brave in their own very separate and distinct ways.

35 Timeless Motivational Quotes for Entrepreneurs including this one: Victory comes only after many struggles and countless defeats.” – Og Mandin.

How Entrepreneurship Screws Up Your Life No doubt: it's hard out there.

What Startup Life is Really Like; Entrepreneurs Share Candid Stories You're not alone – read these stories and know that there is a community online and in real life ready to support the entrepreneurial journey.

39 Startup Founders Share Their Favorite Quotes from America’s Founding Fathers Our community of entrepreneurs shared with us which founding fathers said some of the most inspiring things to help guide us through the struggles of business and of life. Very fitting: “Energy and persistence conquer all things.” – Benjamin Franklin