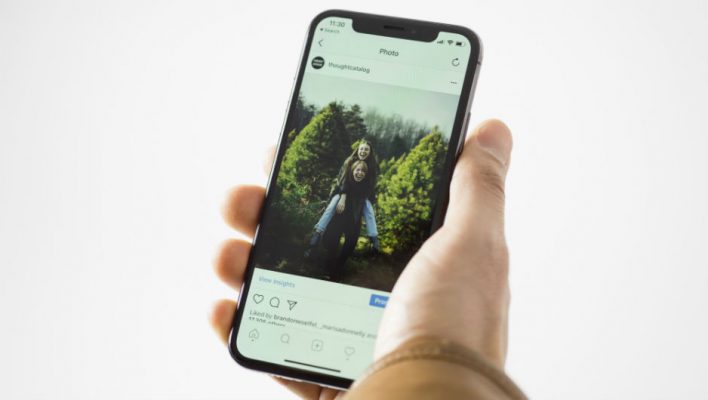 Instagram announced over the weekend that it will remove the ‘like' counter from photos in the US, in order to create a safer social network.

The photo-sharing app's CEO Adam Mosseri announced on Saturday that the company was going to be expanding the ‘private likes' feature, which still allows users to like posts, but doesn't display them to other users.  However, some people aren't keen on the idea.

Instagram, of course, was designed as an inherently public space. However, in recent years, social media in general and Instagram in particular, have come under scrutiny for the effect they have on users' mental health.

According to a study of more than 6,000 12-15 year olds, those who use social media more heavily were likely to report issues such as depression, anxiety, and loneliness. They were also more likely to be aggressive and prone to antisocial behavior than teenagers who shunned social media. Many feel that Instagram encourages users to analyse and assess how many likes each post receives, with users in turn comparing their like counts to friends and celebrities.

However, while some users have praised the move, others have been critical. Rapper Nicki Minaj, for example, tweeted that she won't be using the site any longer.

I’m not posting on IG after this week cuz they removing the likes. Hmmmm what should I get into now? Think of all the time I’ll have with my new life

Other, less famous users have also criticized the decision:

instagram is pointless without likes, so we’re just gonna smile at pictures and keep scrolling i –

instagram is self sabotaging itself by trying to hide likes, thats like chickfila not selling chicken anymore.

It's no secret that social media platforms, from Facebook to Instagram, design their sites and apps to trigger dopamine bursts in users, when they receive a notification. Facebook almost perfected the craft, and some have attributed the recent problems the network has encountered to this design process.

Dopamine is a “reward” chemical, produced by the body following positive stimuli, such as after certain foods, to motivate continued behavior. The notifications received by social media users are designed to trigger a release of dopamine to help keep users engaged in the platform which, in turn, helps make more money for the platforms.

While removing the likes from Instagram may reduce the frequency and effects of the dopamine bursts for regular users, others are concerned about users whose careers revolve around the platform.

the loss of instagram likes will affect small business owners :/ we use the platform for marketing man

These concerns seem unfounded, however. Users will still be able to see their analytics if they switch to a business profile, while likes and comments will almost certainly ensure that posts are given preferential treatment by Instagram's algorithm.

One group of users who are likely to miss out are, unfortunately, influencers.

If Instagram is making this change to force ‘influencers' to switch to a business profile, in order to monetize these accounts, and dressing the like-hiding up as a mental health issue, then perhaps Mosseri is more Machiavellian than we thought.