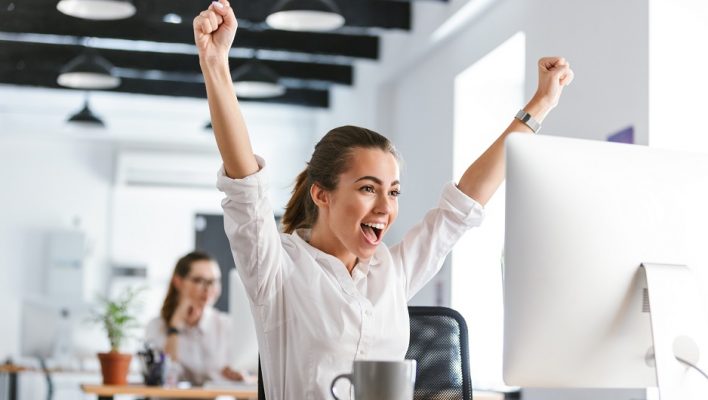 Microsoft has tried out a four-day work week at its Japan-based subsidiary, and the results are promising: Productivity jumped up almost 40%, and a full 92% of employees said they liked the experience.

It's a big moment for the idea of a four-day week, a concept that has been growing in popularity, alongside rising awareness of the plague of stress in many workers' daily lives. But will a huge corporation like Microsoft actually make a permanent shift to a lighter workload?

Microsoft Japan, a subsidiary of Microsoft Corporation located in Tokyo, gave its 2,300 employees Fridays off for the month of August. In addition to the four-day work week, Microsoft Japan encouraged employees to cap their meetings at 30 minutes each and to increase their remote conferences. Self-development and family wellness initiatives were folded into the August experiment as well.

What were the results? During the month, sales per employee rose 39.9% over the same month's sales in 2018. At the same time, closing their doors every Friday saved a healthy amount of costly resources: Employees used 23.1% less electricity and printed 58.7% fewer pages.

Japan may have been the best location to try out a four-day work week, as the shorter hours are a radical departure from the country's historically long work days.

One 2016 government survey noted that almost a quarter of the country's companies required more than 80 hours of overtime per month, while a study from Expedia found the average Japanese worker used less than ten paid vacation days a year and that 63% of respondents felt guilty over the paid leave they did take.

On top of all that, the OECD Compendium of Productivity Indicators found Japan to have the lowest productivity of any G-7 nation. Perhaps the correlation between fewer hours and higher productivity shouldn't be as counterintuitive as it seems.

Will the US adopt the 4-day work week?

The United States on the whole still hasn't adapted a four-day work week as the norm, but it's looking more and more possible that it might. The trend will have to start with individual US companies choosing to adapt a four day week until we reach a tipping point — and a rising number of companies are doing just that.

Shake Shack trialed a four day week earlier this year. The 30 employees at Seattle-based design and marketing firm Killer Visual Strategies are enjoying a permanent four-day work week, with the resulting 25% productivity boost and doubled recruitment speeds that accompany it.

“Our team has more energy throughout the week since they have three days to recharge instead of just two.” Killer Visual Strategies CEO Amy Balliett told USA Today. “They’re far more efficient and focused.”

40% of US workers would prefer a four-day work week, and 15% of organizations offer four-day weeks of 32 hours or less to at least some of their employees, according to an April 2019 survey from the Society for Human Resource Management (that's a two percent bump up from 13% in 2017).

Microsoft hasn't yet rolled out a four-day work week beyond the Microsoft Japan test-run, but they're almost certainly considering it. If the massive tech company does explore permanently enacting shorter work weeks, it would be leading the way towards less stressful and more productive work environments around the globe.