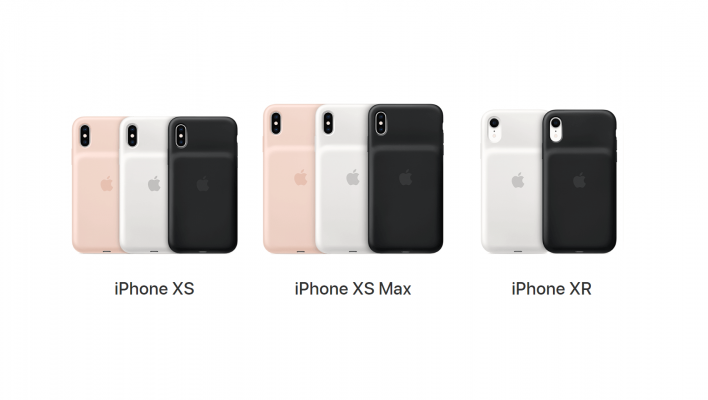 The Smart Battery Cases made for 2018's iPhone XS, XS Max, and XR models aren't charging the phones correctly, so Apple is offering users the option to get a replacement model. Fortunately, there aren't any safety concerns with the Smart Battery Cases, as tends to be the case with products with defective batteries.

So, are you entitled to a replacement case? And why does Apple keep make faulty products?

How to get a replacement iPhone Smart Battery Case

The battery cases affected were manufactured between January and October 2019 and you'll know if your case is broken if it doesn't, you know, work:

According to Apple, affected Smart Battery Cases will exhibit one or more of the following:

– Battery case does not charge the iPhone or charges it intermittently

Only the battery cases for the iPhone XS, XS Max, and XR are affected — despite the similarities to the iPhone X that preceded the XS.

If you need to replace your case, you can head to an Apple Authorized Service Provider or make an Appointment with the genii at your local Apple Store. Your case will have to be examined before to make sure you're not trying to pull Apple's leg and you'll get a free battery case.

Apple has built a reputation for crafting quality products that are easy to use, well-built, and don't break. However, in recent years, the company has had a bit of an issue when it comes to making long-lasting products.

The keyboards on recent MacBooks have been terrible, for example. The so-called ‘butterfly' hinge mechanism left precious little room for key travel, but still enough to allow dirt and dust to squeeze in. Once in, the seemingly innocuous debris would cause keys to fail and couldn't be removed. As a result, Apple started a full repair program and even abandoned the butterfly mechanism on the most recent MacBook Pro.

The company has also had issues with some Apple Watch models. Specifically, Series 4 watches with aluminum cases developed cracks on their screen. If left unchecked, the cracks could spread from the edges of the screen and extend across the entire watchface.

MacBook Air models have also had problems with their logic boards and the company has never managed to get the AirPower wireless charging mat to market given its reliability issues.

Despite the relative regularity of Apple's issues, all have affected different areas of its product lines. From Apple Watch screens to logic boards, keyboards, and now battery cases, it seems that issues are endemic at Apple of late. This would suggest, perhaps, that the company is having an issue regulating the quality of its products, or is failing to test them harshly enough before releasing them.

Of course, Apple isn't the only company to have product reliability issues, but when it has built a reputation on quality, seeing it collapse in front of us isn't a good look.