Apple’s cut-price iPhone XR has been found to have less than half its claimed battery life.

Consumer testing group Which? (the British equivalent of Consumer Reports) discovered the XR’s lackluster battery life when investigating talk time across a range of mobile phones.

However, it also discovered that phones from other manufacturers actually exceeded their quoted battery life.

How Long Does the iPhone XR’s Battery Last? 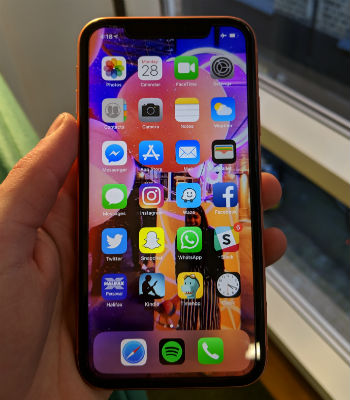 According to Apple, owners can expect up to 25 hours talk time with the iPhone XR.

However, Which?’s testing has revealed that users are more likely to get just 16-and-a-half hours from their $750 phone.

Of course, phones not meeting their battery life claims is nothing unusual. But, Natalie Hitchins, Which?’s head of home products and services said, “With mobile phones now an essential part of everyday life, we should be able to count on our handsets living up to manufacturer’s claims.”

What About Other iPhones?

In fact, according to Which?, Apple has overstated the battery life by at least 18% on all iPhones, with the iPhone XR as the biggest offender at 51%.

All of the phones Which? tested were bought as new, meaning that the batteries should have been in tip-top condition.

What Does Apple Say?

Naturally, Apple wasn’t best pleased with the Which? findings. In a response to Which?, an Apple spokesperson said:

“We rigorously test our products and stand behind our battery life claims. With tight integration between hardware and software, iPhone is engineered to intelligently manage power usage to maximize battery life. Our testing methodology reflects that intelligence.

“Which? hasn’t shared its methodology with us so we can’t compare their results to ours. We share our methodology for testing which we publish in detail here https://www.apple.com/iphone/battery.html.”

While you can find some information on Which?’s testing program on its website, the details are light-touch:

Potential explanations for the discrepancy between Which?’s findings and Apple’s claims could be Apple’s talk time being tested on pre-production devices using pre-production software.

How does Apple stack up against the competition? See our iPhone XR vs Samsung S10e head-to-head

What About Other Manufacturers?

Apple wasn’t the only phone company put under the microscope by Which?. The consumer group tested phones from five brands, including Sony, HTC, Nokia, and Samsung — and all these companies lived up to their claims more closely than Apple.

HTC’s phones (Which? wouldn’t release figures for individual models) were found to last on average just 5% less than the company’s claimed figures. This difference was nowhere near as pronounced as Apple’s, and the company claims it may be down to “Differences in setup and testing environments.”

The phones from Sony, Nokia, and Samsung, on the other hand, actually exceeded their claimed battery lives. Sony’s phones, for example, lasted an impressive 21% longer in Which?’s testing than the company claimed.