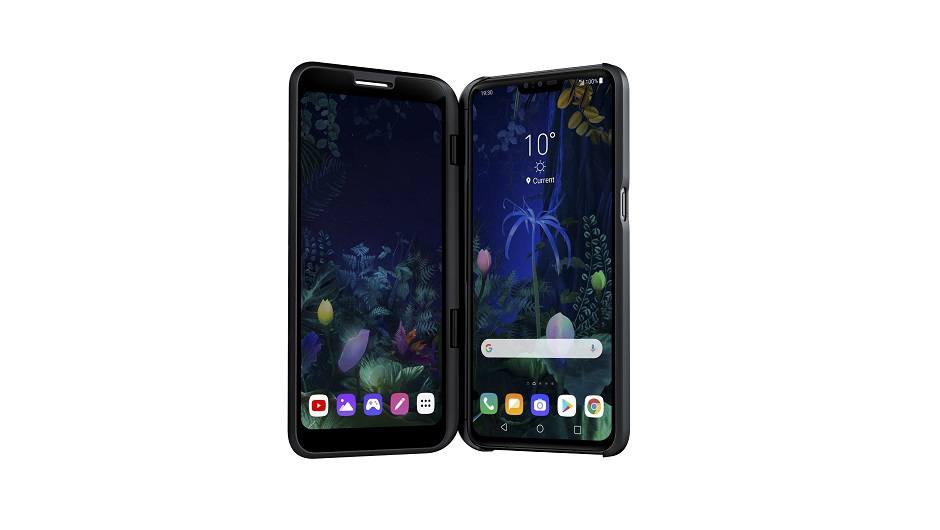 LG has so many phones coming out over the next few months that it already announced its entire mid-range lineup a few days ahead of MWC 2019. But, it went on to reveal two even more impressive flagship phones at the Mobile World Congress event itself: namely, the 5G-capable V50 ThinQ phone and the new G8 ThinQ.

The coolest new features both come from the V50 ThinQ. The first is that long-awaited 5G support, and the second is LG's new spin on the folding screen concept that's sweeping MWC this year.

Here's all the information to know, with one big exception: LG hasn't yet confirmed the price for either phone. 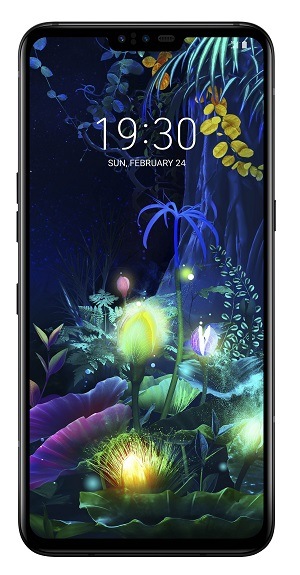 LG's first 5G phone is the V50 ThinQ: It's a revamped V40 that doesn't change a whole lot but looks like a solid option if you're a 5G early adaptor.

In addition to the 5G ability, the V50 improves on the V40 in a couple of the areas where manufacturers need to constantly keep up with the industry: Battery capacity and processing power. But, aside from these updates and a few cosmetic tweaks, the V50 offers the same design and similar specs as the V40.

No price has been announced yet. 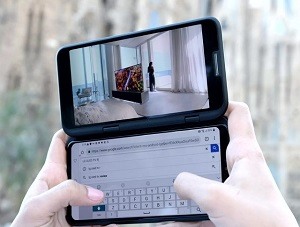 The LG V50 ThinQ also comes with a weird spin on the “double the screen” trend that other MWC 2019 vendors have started with foldable phones. The V50 doesn't fold seamlessly, but does let you add a second screen as an attachment.

The “Dual Screen” accessory can click onto the side of your V50 phone. It powers up via the phone's own battery and can function in tandem with the phone's apps to give you twice the screen you'd normally see. Honestly, it feels like a bit of a stop-gap between a normal screen and seamlessly folding one, and compared to what Samsung is up to at the booth next door, it's seriously underwhelming.

The big catch? The dual screen is not available in the U.S.

The company will likely double down on this second-screen tech for future devices, however. Hopefully LG will work out the kinks, as at present, it doesn't look nearly as smooth as the foldable phone screens that Samsung and Huawei have cooked up. 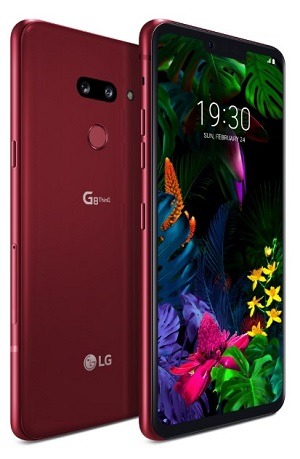 Unlike the V50, the G8 adds quite a few interesting upgrades from its predecessor. First up, the new Hand ID biometrics, which uses a front-facing sensor, the Z camera, to read your palm veins.

Yes, this phone is basically a carnival booth, but for opening your phone instead of telling your fortune. Face and fingerprint ID is still available to those who might find palm vein recognition a little weird.

Also worth mentioning is the G8's nifty 6.1-inch Quad HD+ OLED display, which can vibrate to create sound. It can replace the front-facing speaker while improving on the sound quality at the same time.

There's no 5G capability to see here, although the Snapdragon 855 processor and 3,500mAh battery are worth mentioning.

…And a Big Voice Recognition Push to Boot

Products aren't the only big business move LG has announced in the past few days. They're planning to break into over two dozen markets with their voice recognition-enabled smart home appliances.

“We look forward to giving our valued customers around the world the chance to experience next-level ease and convenience when using their LG appliances,” LG President Song Dae-Hyun said in a release on the subject. “Our aggressive strategy and drive for excellence will bring voice-enabled AI to more homes this year than any other manufacturer and this is something we are immensely proud of.”

It's a push that signals LG's big investment in audio interfaces, and in AI in general. LG is partnering with the usual suspects – Google Home and Amazon Alexa – to expand into 21 countries by April.

In other words, LG is betting that the public awareness of voice tech will only continue to rise, along with its interest in 5G.

Should You Buy Them?

LG's two new flagship phones are both perfectly okay. If you love the V series or the G series, you'll likely be happy with these ones. But, the standout features (5G, Dual Screen, and vein recognition) are few and far between, particularly given caveats like the fact that the Dual Screen accessory won't be available in the US in the foreseeable future.

In the end, LG might once again fail to nab the spotlight amid MWC's buzzier device debuts.