Apple has given its MacBook Pro laptops a small refresh with new, even more powerful 8th and 9th-gen Intel processors.

The California-based company’s most expensive line of laptops have been given the latest generation Intel Core processors, and with more processing cores than ever before.

These new 8th and 9th-gen Intel Core processors get either six or eight cores, rather than the lowly four cores on previous MacBook Pros.

Good question. Essentially, the more cores a processor has, the more efficient it is at handling tasks. This effectively makes it able to perform an increased number of complex jobs at the same time, as each of the cores sit on the same chip.

Think of it like spinning plates — the more arms you have, the more plates you can spin. You’re not necessarily doing anything more difficult, but you can do more of the same things. This sort of performance makes it great for mobile workers, for example.

You do get some outright performance improvements when you add more cores to a processor, though. Apple reckons that the new octa-core laptops are twice as fast as those with the old quad-core processor, and 40% faster than the six-core model. In the real world, this should translate to 75% faster performance in Photoshop, for example.

Which MacBook is best for portability, power, screen quality and all-important value? We rate the MacBook Air against the various MacBook Pro models 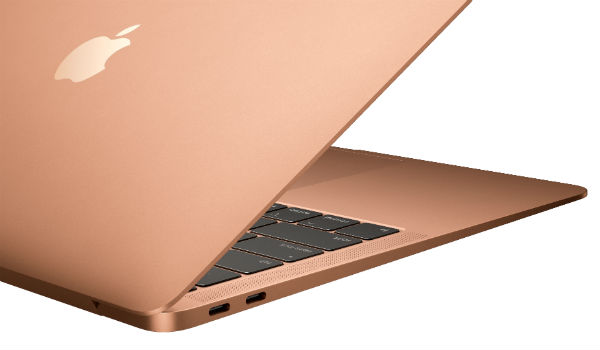 Which MacBook Should You Buy?

Is it Worth Upgrading Your MacBook Pro?

If you already own a MacBook Pro, there is no reason to upgrade to these new models. Nothing has changed on the models aside from the number of processor cores (and a slight keyboard tweak).

While the performance improvement sounds good, the old MacBook Pros are far from slow. Any MacBook Pro will easily run the most complex tasks you can reasonably throw at a laptop — you’d probably only notice a difference if you were doing the same thing on an old and new laptop side-by-side.

Find out more Which MacBook Should I Buy?

Should You Buy a New MacBook Pro?

If you don’t already own a MacBook Pro, and have the cash lying around to buy one, then you might as well choose one of the upgraded models.

You’re unlikely to see any real price reductions on the older quad-core models, so there’s no need to hang around waiting for them to go on sale.

However, recent MacBook Pros have had some problems which have been remedied by the updated models.

On the most powerful i9 processor models, for example, there have been complaints in the past of them not hitting the performance Apple has claimed. Reports claim the processor wasn’t able to hit top speed, as the MacBook Pros metal unibody was unable to keep it cool. Apple has apparently rectified these issues, though.

Another issue with the recent MacBook Pros is the keyboard. Apple’s relentless quest for thinness has led it to a controversial keyboard design called the Butterfly Hinge.

It has minimal key travel and less feedback than regular keyboards. But worst of all, users are stuck with the constant threat of dust and debris becoming trapped under the keys and breaking the whole darn thing.

Proceed with caution if you’re buying an older MacBook. Or, check out our Best Laptops for 2019 Guide.