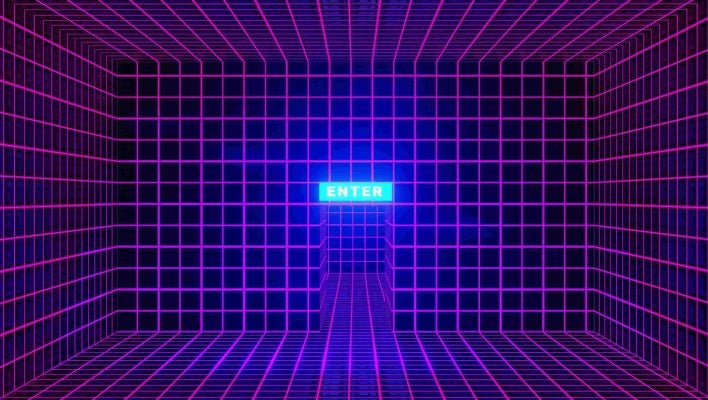 Meta Chief Mark Zuckerberg revealed in an interview this week that he hopes “around a billion people” will soon be active in the metaverse.

Despite the pandemic spurring an enthusiastic uptake of video conferencing services such as Zoom, and other technologies that create virtual spaces, not everyone is as enthused by metaverse developments.

Meta will continue to innovate in this area, however, and if the rise of Facebook and social media is anything to go by, it might not be long before we’re spending as much time in digital spaces as we are in physical ones.

Speaking to CNBC on Tuesday, Zuckerberg – who is currently the 15th richest person in the world – said that, in the second half of this decade, the metaverse could be a “considerable” part of the company’s business.

“We hope to basically get to around a billion people in the metaverse doing hundreds of dollars of commerce, each buying digital goods, digital content, different things to express themselves,” Mark Zuckerberg, Meta CEO

Zuckerberg explained that he wants people to spending on “clothing for their avatar or different digital goods for their virtual home or things to decorate their virtual conference room” or even “utilities to be able to be more productive in virtual and augmented reality, and across the metaverse overall.”

This sort of progression away from the relics of Web 2.0 and social media sites – of which Zuckerberg’s first, Facebook, is in sequential decline for the first time in its history – has been a long time coming.

For instance, Meta (which was then Facebook) paid $2 billion for Oculus VR in 2014 – but it didn’t quite take off as planned.

In 2018, however, Oculus executive Jason Rubin sent a 50-page document to the company board claiming that the metaverse was “ours to lose” in the next 10 years. Since then, serious time and money have been plowed into to making the idea come to life.

Other companies are taking it seriously too – Microsoft, Epic Games, Meta, and 33 other companies have formed a group for the metaverse, which will consist of “action-based projects” that support common standards.

Will the Metaverse Catch On? It’s Anyone’s Guess

The debate over whether there truly will be anything near to one billion people in the metaverse in the near future evokes fierce disagreement – and there’s evidence either way.

On the one hand, phenomena like the purchase of virtual land – by both real estate investors, celebrities, and ordinary people – illustrates that digital spaces can be valued in ways that someone a decade ago would never have been able to predict.

Plus, we many people do already spend a lot of time in interactive ‘digital spaces’. We play video games, we surf social media and we video call each other. They aren’t quite as immersive as the metaverse, but would it really be that big of a leap?

Others aren’t so convinced by the hype. “I don’t know if I necessarily buy into this Metaverse stuff, although people talk to me a lot about it” Elon Musk quipped last year, adding that he does not see a future where people want to stay put in the virtual realm.

Will We Ever Do the 9-5 in the Metaverse?

Recent studies of people working in VR environments have seen test subjects drop out due to nausea and anxiety. Physical side effects such as dry eyes, dizziness, tiredness, stiff necks, facial swelling, and skin issues were also recorded in participants, but this was largely put down to the bulky equipment, which still remains an obstacle to widespread participation.

Video conferencing apps like Zoom and Microsoft Teams, however, have started to incorporate metaverse-like features into their services with more immersive rooms. Microsoft Mesh for Teams for example, allows you to “Connect and collaborate with a feeling of presence through personalized avatars and immersive spaces”, as Microsoft describes it.

Will there be a day when everyone receives a VR headset in the mail, and suddenly, our whole society goes digital? It's unlikely. Will we start to see more and more applications, software, games, and general life experiences that have “immersive” elements, taking us, for a time, inside the “metaverse”? It certainly looks that way. And if that's the case now, who knows where we'll be by 2030.