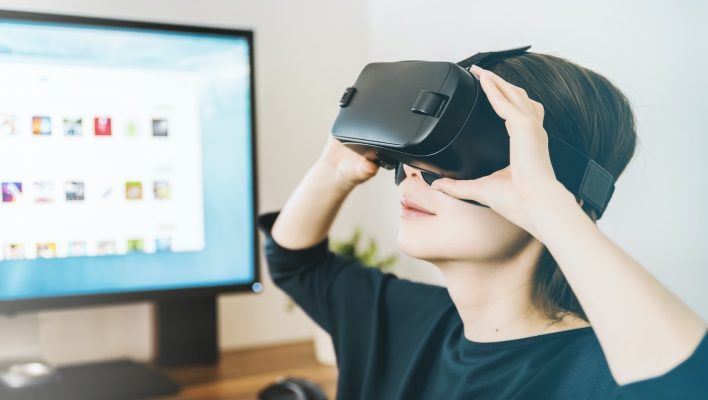 A new study focused on the effects of working in the metaverse is not painting a pretty picture, citing declining productivity, increasing anxiety, and physical discomfort as genuine concerns.

The small study is unlikely to put the brakes on the tech industry's unrelenting drive to get us all working virtually, but it should certainly serve as a warning that there are many issues to iron out before the likes of Meta and Microsoft take VR working mainstream.

With the increase in working from home, meeting your colleagues in a virtual space without the need to commute is likely to be appealing for many, but we'd suggest checking out the report's highlights before you commit to strapping on that headset.

Study Into the Effects of Working in the Metaverse

The study, approved by the ethics committee of Coburg University of Applied Sciences and Arts, tasked subjects with working for a week in virtual reality. This mirrors the kind of vision that Meta and others have for the ‘metaverse', replacing physical meetings and work environments with virtual ones.  Imagine Ready Player One, but with fewer cool sci-fi references, and more spreadsheets.

The participants were asked to complete one week of work in VR, and another as ‘physical', which essentially means sitting at an office desk and using a computer, replicating the typical work environment that many millions of us experience day to day.

During the course of the 35 hour work week, participants were regularly asked to feedback on their experience several times a day, with some surprising (and not so surprising) results.

Responses to Working in the Metaverse

Mark Zuckerberg, look away now. The results of the study were somewhat mixed, but it's fair to say that working in VR exclusively was not to everyone's tastes. In fact, two of those in the study dropped out on the first day due to migraine, nausea and anxiety. For those that stuck with the study, things didn't necessarily get any better. Generally, participants reported that their productivity was lower, and their anxiety was higher, when strapped into the headset.

Some of these issues could have probably been anticipated, but participants reported oddities that may not have been considered before. For example, when using the VR headset, participants were more likely to disrupt their workflow to drink, removing the headset due to concerns about spilling liquid on the equipment. Typing speed also suffered, with users in VR considerably slower than when working in a physical environment.

Then there's the health implications. Aside from the two users that had to drop out on day one, others experienced dry eyes after the test, while another participant claimed to feel dizzy and tired for up to two hours after using the headset. Stiff necks, facial swelling and skin being affected were also reported.

So, are there any positives to take from the study? Well, yes. In the interviews with participants, many stated that a lot of the comfort issues stemmed from bulky equipment and low resolution headsets. As technology improves, we can expect these problems to get ironed out, making for a more comfortable experience. Some also reported enjoying the sense of privacy and isolation that the tech provided. The study also found that initial negative impressions reported dissipated throughout the week to some degree.

Is the Metaverse the Future of Work?

It's perhaps easy to be cynical about the metaverse based on this one study, and there are certainly a lot of issues to address before it goes mainstream, but the metaverse isn't going to go away any time soon. Meta has committed to spending $10 billion developing software and hardware, while other tech behemoths such as Microsoft are also betting big on virtual spaces becoming the norm.

Business leaders also think it's the future. In a recent Accenture survey, 71% of global executives state that the metaverse ‘will have a positive impact on their organizations'.

The idea of plugging into VR for an entire working week won't appeal to many, and it's more likely that it'll be used ad hoc for group meetings and collaborative work, with the introduction happening slowly. A few years ago, daily video calls would have seemed the stuff of sci-fi, yet most of us have quickly adjusted to solutions provided by Microsoft Teams and Zoom.

However, the report has shown that the path towards the metaverse will likely have many bumps along the way, and, as with most tech, it's the early adopters that will be tasked with beta testing it for the rest of us.