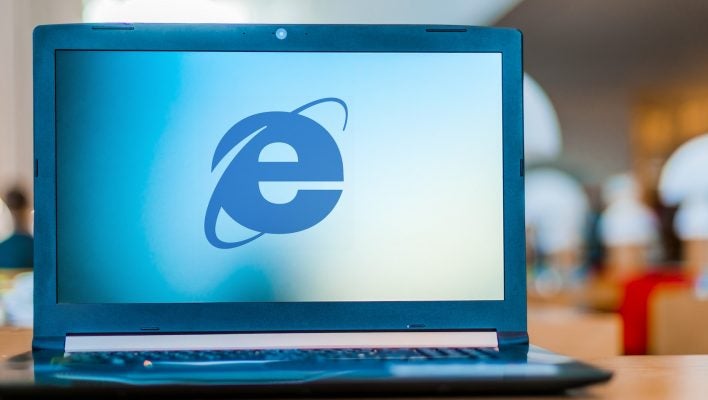 Microsoft has issued one more reminder to its 365 customers to prepare for August 17th, as Microsoft 365 web apps won't work properly while using Internet Explorer once that date has passed.

Microsoft 365, formerly Office 365, is a suite of software which includes all of Microsoft's classics: Word, Excel, Outlook, Powerpoint, and various other services. Up until next month, users were able to support these apps with Microsoft's own Internet Explorer.

However, as Internet Explorer 11 ages, Microsoft is preparing to leave it behind. Microsoft Teams already stopped functioning alongside IE11 in November of 2020, with Microsoft 365 following suit this year.

What Is Changing with Microsoft?

Microsoft is letting Internet Explorer live out the rest of its days, while ushering in its newer browser, Microsoft Edge. As part of this rollback, Microsoft is officially declaring that Microsoft 365 apps are no longer planned to be compatible with IE11.

Rather than just shutting the compatibility off completely, Microsoft is letting the obsolescence happen over time, stating that “If [users] encounter issues while accessing Microsoft 365 apps and services from IE11 after August 17, 2021, support will be unavailable. Additionally, [users] should expect no new features and that [their] daily usage experience could get progressively worse over time until the apps and services are disconnected.”

From what it sounds like, using these apps alongside IE11 will lead to shakier and less reliable experiences, due to compatibility issues, until eventually they simply won't work together at all.

What Can Replace Internet Explorer's Support?

Once these two software platforms are no longer designed for each other, what can step in to replace the support provided by Internet Explorer 11? While Edge is a fine replacement for IE11 itself, 365 users might be interested in specific services that they can no longer use through IE11.

One such service is project management. Users may have relied on the IE11 compatibility to communicate to their work team, using shared folders to distribute files to those who need them, and communicate about the state of a project. If this is the case, you'll not only want to upgrade your browser, but also upgrade to a modern project management software, so this becomes a cinch.

On the topic of communicating with your team online, ensuring you have updated web conferencing software will help you overcome the difficulty of transferring files from IE11 to another platform. If you're a Microsoft fan, see how Teams compares with top-competitor Zoom.