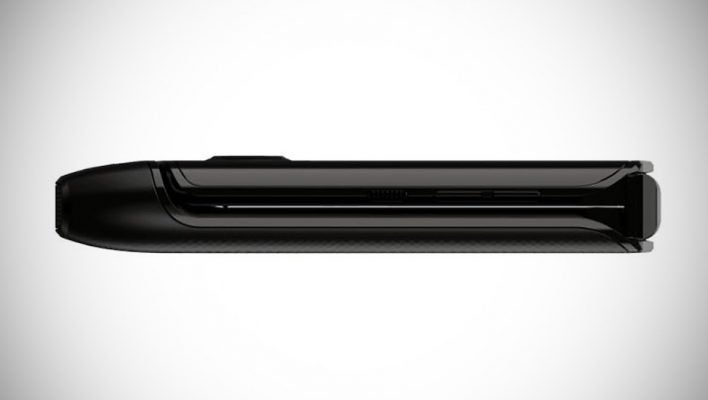 Nostalgia is clearly still bankable in the tech industry, as Motorola is planning the launch of a new Razr phone. However, there's a modern twist to this clamshell classic – a foldable screen. And now, we've had our first glance of what it might look like.

The foldable screen buzz in the smartphone market is substantial. With Samsung launching the Galaxy Fold (a couple of times, actually) and Huawei releasing the Mate X (even if it's only in China), it's safe to say the tech industry is moving towards a more flexible future. Rumors have swirled concerning other smartphone companies putting this tech to the test, and Motorola is among those making an attempt.

Now, it appears those rumors are all but confirmed, as some official images of the new Motorola Razr have been leaked, and the device has even been spotted in the wild.

What do we know about the Razr? 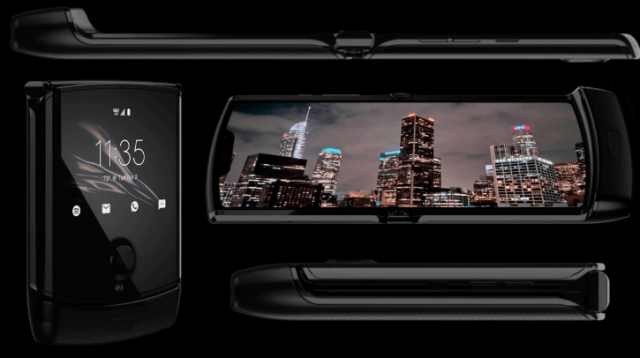 Despite almost no official word from Motorola about the device, plenty of information has been leaked and rumored in the last year to give us a pretty good idea what to expect. For one, the new Razr is likely going to feature a foldable screen, which would make it the first clamshell-style folding phone on the market – though Samsung recently teased a clamshell device of its own.

We also know that, according to a Wall Street Journal report, the device could cost as much as $1,500, setting it firmly near the top of the price range scale when it comes to phones, though still undercutting the Samsung Galaxy Fold.

Additionally, thanks to recent posts from frequent leaker Evan Blass, plus Dutch website Mobielkopen, we have a pretty good idea of what the device will look like and what some of the notable specs will be. The new Razr is expected to feature the Snapdragon 710 processor, along with either 4GB of RAM and 128GB of storage or 6GB of RAM and 256GB of storage.

It's understandable why Motorola wants to resurrect the Razr, as it's considered one of the most popular mobile phones of the early 2000s, and the must-have device before the advent of smartphones. Its slim design and stylish appearance made it a fashion accessory as well as a phone, and a huge success for Motorola.

“At the time, all cellphones had started to turn into these handy, nondescript, amorphous things,” said Jim Wicks, head of design at Motorola when the device launched, to the Verge in 2013. “So the idea of going out and doing this thing that was very, very different would cut against everything everyone else was doing with handsets at the time.”

The Motorola Razr V3 in particular became a status symbol, with celebrities and athletes alike sporting the mobile phone. It was found in commercials, it was found in movies, it was even found as a Monopoly game piece in 2006. And now, in 2019, the device's 130 million former users are the perfect market to try out some just as revolutionary, this time with a foldable screen.

Motorola isn't the only one testing out the clamshell-style smartphone. Samsung confirmed earlier this week that it's planning on launching a horizontal-folding smartphone at a conference event in San Jose. The Korean brand even released a video showing the public exactly what it's picturing when it comes to the innovative design.

Attendees of #SDC19 got a sneak peek at a brand new form factor Samsung is exploring for the foldable category of devices. #SamsungEvent pic.twitter.com/rGtpvNj0SJ

Outside of this video though, very little is known about this new foldable phone from Samsung. No specs, price, or release date was mentioned, which means Samsung could be taking a rare step back to see if someone else can tackle the tech first.

When will the Razr be available?

Again, there's little to no information out about the new Motorola Razr. However, Motorola has been hyping up an event on Wednesday, November 13th with a whole lot of Razr nods, which means they will likely be announcing the device in an official capacity some time next week.

Will nostalgia be enough to launch Motorola back into the mobile phone discussion? Or do Apple, Samsung, and the rest of the smartphone industry have the market locked down enough to make a new Razr obsolete? All we know is, the last company to underestimate Motorola when it comes to innovative ideas was Nokia, and they won't do it again.