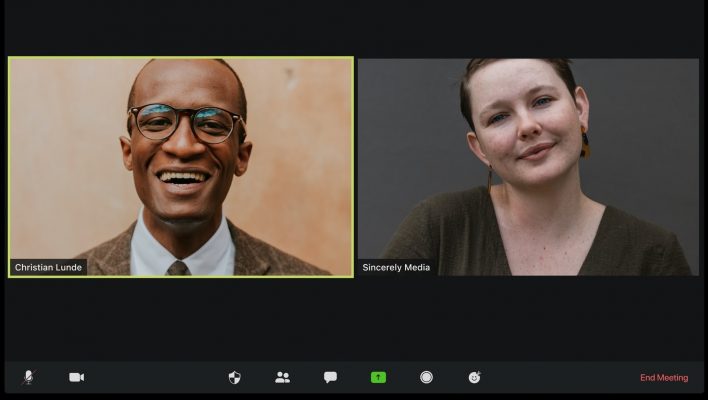 Video meetings have become a daily occurrence for many of us over the last year, but for some, using the chat function while someone else is talking can be divisive. Well, according to research from Microsoft, it's an overwhelming net positive for your employees and business.

The research, carried out earlier in the year, shows that using the text chat feature during a video call can help clear up issues, help team building, share links, and generally be an extension of the call itself.

Only in very extreme circumstances can it be distracting, and handily, Microsoft has even generated their own top tips for keeping your video meeting on course.

The recently released paper from Microsoft on the behavior of using the chat function stems from research conducted earlier in the year, although for the sake of transparency, we should point out that the sample is comprised entirely of Microsoft employees. The sources used were the diaries of 849 employees experiences, and a survey of 149 other staff, specifically about chat.

Microsoft dubs the focus of its report “parallel chat,” defined by using the chat function in video calling services, while others are speaking. The outcome? According to Microsoft's data, 85.7% of the participants stated that parallel chat is a net positive.

However, the study also found that many users reported being distracted by chat, even if they found it positive. It appears that a lack of consensus on how to use the chat during a meeting can lead to clash of opinions as well as users' preferred methods of absorbing information. One of the key offenders pulled out by the report is when the chat goes off on a tangent compared to what the speaker is covering:

“Sometimes it’s very distracting as multiple threads are happening that get tangential from the main presenter/speaker. It’s really hard to keep track of multiple conversations AND pay attention to the speaker,” said one Microsoft study participant.

In order to keep those video calls to the point and ensure that employees aren't left confused and bewildered, Microsoft has used the data from its study to come up with a very thorough guide to parallel chat in meetings. You can read the whole thing if you like, but we've condensed some key points here for those of you looking for the TL:DR version:

The Positive Power of Chat

According to the report, parallel chat can be a powerful tool for participants. It can help those less confident contribute to meetings, light hearted or humorous posts in the channel can be great for team bonding, and it can provide a sense of “social support and connection.”

It also turns out that chat can be very inclusive. In its report, Microsoft found that women aged 25-34 were the most likely to increase their usage of chat compared to any other group, and by quite a margin. In fact, women of every age reported more chat usage than men.

The good news is that the chat function found in video conferencing platforms is fairly universal – any service worth its salt will offer a chat function, from Zoom to Google Meet and beyond. If Microsoft's findings have inspired you to connect more with your colleagues, check out our recommendations below: