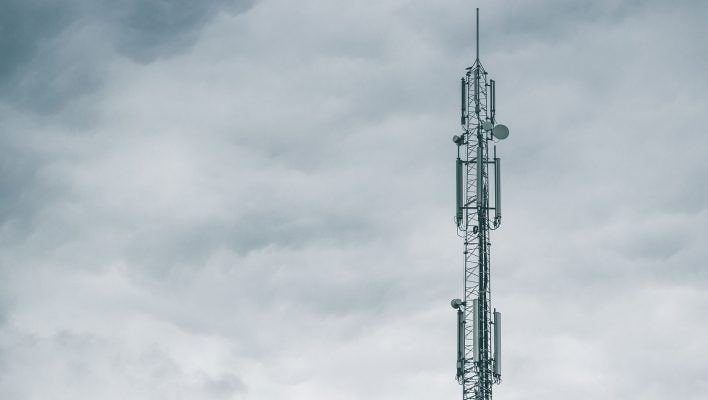 Only 32.8% of Americans feel that they understand the benefits of 5G, and almost two-thirds feel completely indifferent about the new technology, according to a new report.

While these statistics perhaps aren't surprising, they're now arriving amid conspiracy theories surrounding coronavirus and 5G that have been allowed to spread around the world. They're also illustrative of the lack of clear communication by major telecoms providers about the new standard.

So, how did we get here? And what can be done to fix the 5G situation?

Carriers haven't been clear at any point about 5G. In fact, according to a new a new report, most of the providers have been pretty obtuse about the new standard and their offerings. With so many 5G subtleties, it's little wonder consumers are feeling confused.

AT&T, for example, is currently offering three versions of 5G. Firstly, there's its 5GE – which is actually just 4G LTE. Secondly, there's AT&T 5G, which is low-band 5G which gives some performance improvements over 4G. Finally, it offers 5G Plus, which refers to mmWave tech — the stuff most people recognize as true 5G.

Verizon has apparently been focused on mmWave tech. This is good. But, they call it “Ultra Wideband 5G,” which is pretty meaningless.

Sprint, on the other hand, hasn't done anything. Instead, it's improving its current offerings.

In all these cases, though, any 5G rollout has been limited to urban areas only.

This lack of clarity from any network provider as to exactly what they're rolling out and where they're doing it, has to have played a part in people's confusion about the new standard.

The Benefits of 5G

According to this new report, US citizens are generally unclear about what benefits 5G will offer them. So, let's clear those up.

The principal benefits of 5G are threefold:

Latency is the time between someone sending a signal one on device and another device receiving it.

At the moment, there is a significant and noticeable gap between when a packet of data is sent, to when it is received, and when the original device gets acknowledgement that this packet of data has been received.

However, with new 5G technology, we can expect significantly lower latencies. This means that things as trivial as online gaming will become smoother, but it also means that remote robotic surgery, for example, will become more possible.

This video, from Qualcomm, which makes 4G and 5G chips for smartphones and computers including the latest models from Samsung, Oppo, and Motorola, explains it well.

However, with new 5G tech, we can expect significantly improved download speeds. When we've tried 5G tech in the past, we've been pleased – but not exactly blown away.

When trying the Samsung Galaxy S10 5G, we found that we were able to achieve speeds of around 60-70Mbps on 5G bands, compared to 6-10Mbps on 4G bands.

What does this mean? Well, for a start, it means that it won't take so long to download movies, music or apps on your mobile network. It also helps with lag-free streaming for games, movies and music.

However, your home wifi will also see the benefits. This means your Netflix shows will buffer less, and lengthy game downloads on your Xbox or PlayStation will be a thing of the past.

5G tech will help increase the bandwidth capacities of the networks you currently use.

Think of it like adding extra lanes to a highway — where you could previously fit three cars abreast, you can now fit five, or seven, or nine.

This means your home wifi network will be able to hold more devices, as will your mobile phone networks. So no more slowdowns when everyone in your house is trying to use the internet, and no more outages when you head to big events such as sports matches or concerts.

How to Fix the 5G Situation

The best place to start would be by helping regular consumers understand what 5G is, when they can expect to get it, and its benefits.

Telecoms providers should be clearer about their 5G offerings — especially AT&T, with its huge range of 5G types. A level of clarity here would help keep everyone – networks and consumers – singing from the same hymn sheet. Misinformation will always spring-up to plug the gaps left by the so-called official version of events.

Everyone also needs to be clear about what 5G isn't. Telecoms providers, politicians, component manufacturers, product manufacturers, and even some journalists and tech influencers are overpromising about the effects of 5G.

To be clear, 5G will have enormous benefits for people. However, the idea that we will be able to manage autonomous cars overnight (for example), as a result of transformative 5G tech, is simply farcical.

Of course, the people overpromising the benefits of 5G are unable to conceive the notion that some people aren't excited by tech developments and even view them with suspicion. By calming the rhetoric, it will allow people to absorb the information at a slower, more manageable pace and stop them thinking that the world they know will be turned upside-down overnight.

Naturally, there are some people that ardently believe 5G conspiracies to the point that any information contrary to their opinion will be classed as false. There is precious little we can do to pull these people out of their holes.

The best solution, is to simply rollout 5G tech successfully. As a result, 5G conspiracies will be resigned to the same graveyard as the Y2K bug and chemtrails.