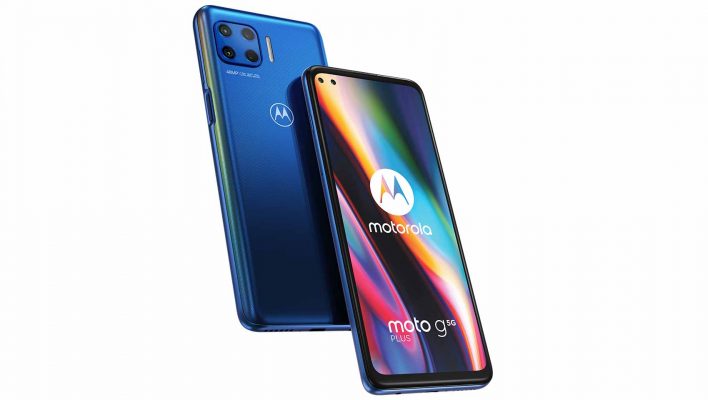 Motorola has announced the Moto G 5G Plus — a new low-to-mid-range phone with 5G connectivity.

The Moto G 5G Plus is remarkably cheaper than any other 5G phone on the market at the moment, starting from €349. That price is in Euros only, though, because the G 5G Plus is a European-only model — that’s right, it’s not coming to the US.

Is the US missing out on another great phone? 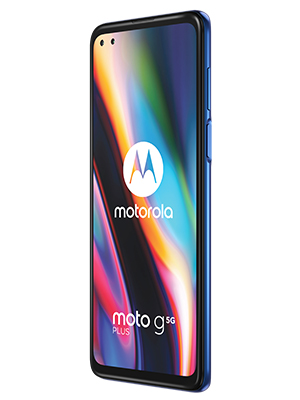 The Moto G 5G Plus seems remarkably well-specced for the price.

It has a 6.7-inch Full-HD+ display, with a fast 90Hz refresh rate and HDR10 for brighter, clearer colors. The Moto G 5G Plus’ display has a 21:9 aspect ratio, meaning it is three times as tall as it is wide — we haven’t been keen on all 21:9 phones but some have been impressive, such as the Sony Xperia 10 Plus.

The Moto G 5G Plus has four rear cameras: a macro lens, an ultra-wide lens, a depth sensor, and a 48Mp lens with quad pixel tech for better lit photos. Round the front, it has an ultra-wide lens and a regular wide-angle lens. Plus, those front cameras are both punch hole lens, giving the G 5G Plus a more premium look.

The Moto G 5G Plus also offers a huge 5,000 mAh battery — the same as the Motorola G Power — and claims two days' worth of battery. What's more, Motorola is throwing a 20W fast charger in the box. We don't know how fast it'll charge but it'll certainly be quick enough.

Surprisingly for a phone at this price, the Moto G 5G Plus gets NFC and a Qualcomm Snapdragon 765 processor and a choice of either 4GB or 6GB of RAM.

The G 5G Plus should be able to support download speeds of up to 3.7 Gbps, which if the infrastructure was in place to offer those speeds consistently, would make the phone a remarkable piece of kit for the price.

How Can Motorola Offer 5G at This Price?

Motorola proudly announced that its new phone was built “without compromise” but, surely, money had to be saved somewhere?

Normally, we'd expect a phone at this price to have saved money on the materials with a plastic rear, cases for example. However, given that the Moto G 5G Plus offers NFC, Motorola might be offering glass on both sides.

It's likely that the G 5G Plus does pack an LCD screen rather than an OLED display. LCDs are cheaper to produce, but they're not quite as sharp and don't get as bright as OLED displays.

Is the US Missing Out on a Great Phone?

We can't be absolutely sure just yet but the specs and the price point would suggest that US consumers are set to miss out on a bargain.

In fact, when compared to the Motorola Edge, it seems like the company might have been holding a little back.

The Moto G 5G Plus has the same processor, the same screen size and ratio, the same 90Hz refresh rate, and a bigger battery. Admittedly, the Motorola Edge did have HDR10+ screen tech and the steeply curved sides. However, when we tried the Edge, we weren't completely sold on its design.

The base Moto G 5G Plus' €349 price tag works out to around $390, while the 6GB model costs around $450. This would have made it remarkably stiff competition for the upcoming Google Pixel 4a devices, if we knew when they were actually arriving, of course.

All told, then, the US looks to be missing out on a very enticing phone at an even more enticing price point. However, we'll have to wait until we get our hands on the phone for a full verdict.