This content has not been updated since June 2020. For more recent tech advice for your business, take a look at this article detailing the best phones of 2021.

Motorola Edge
An good, but not great, phone
3.5
In Short

Motorola is best known these days for its cheap and surprisingly good phones, such as the G8 and G8 Plus. The Edge, however, is a seriously premium phone – it doesn’t quite offer all the specs and features you’d expect from a $1,000 flagship, but it can give you some of those features for less.

In this case, Motorola has decided that users want a great screen and 5G connectivity.

The question is, however, has Motorola read consumers’ minds correctly? And, if it has, is the Edge the phone that most people want? Let’s find out.

The Motorola Edge’s design isn’t likely to be to everyone’s taste.

The entire phone is built around its enormous 6.7-inch ‘Endless Edge’ display. The largest screen ever in a Motorola phone, it features HDR10+ for deeper blacks and brighter colors, as well as a 90Hz refresh rate for smoother scrolling and animations. It is, all told, a very nice screen.

However, the sides of the display curve sharply, at an almost 90-degree angle. While it does look cool, it feels like Motorola has gone for form over function here.

The curved screen makes the phone thicker than you’d expect but also make it taller. While reviewing the phone, we thought that the Edge had a 21:9 aspect ratio screen. In fact, it has a 19.5:9 aspect ratio, so it’s nowhere near that tall – certainly not enough to give you vertigo.

Plus, the side-mounted power button and volume rocker feel strange – they sit on a very thin panel between the glass front and rear, and give almost no feedback to the user. When you press down on either button, you get some soft, squidgy feedback, and you’ll be left wondering whether you pressed the button at all.

While most of the Edge’s competitors feature a metal frame which circumscribes the entire phone, because the panel between the display and the rear case is so thin, Motorola had to take a different approach. The panels at the top and bottom of the phone are separate from the frame, and as a result, you’ll find some small gaps where the panels intersect. It shouldn’t be enough to put you off buying the Edge, but it is annoying, and does give the impression that Motorola has put aesthetics first and details second. 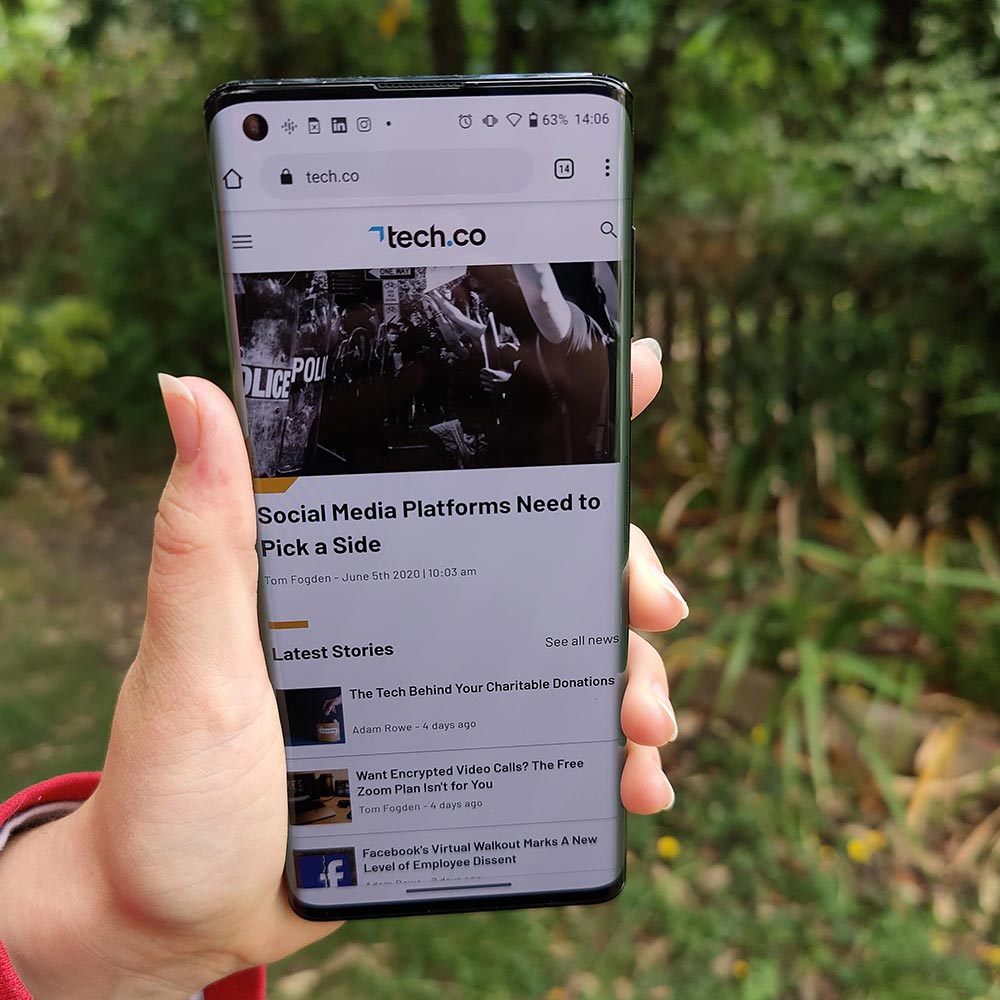 The Motorola Edge isn’t necessarily a powerhouse of a phone. But, thankfully, it isn’t a slowcoach, either.

It’s powered by a Snapdragon 765G processor, and either 4GB or 6GB of RAM. Our 6GB test model was able to handle everything pretty well. Apps opened quickly, and there were precious few stutters to mention. We did find that intense gaming moments would drop the frame rate and cause the app to shudder for a few seconds, but this is largely to be expected.

The Edge offers pleasingly long battery life. We’ve been able to get around a day-and-a-half from the phone, with about 6-7 hours’ worth of screen-on time. It’s not a battery life behemoth, but it shouldn’t leave you scrambling for a charger mid-afternoon. 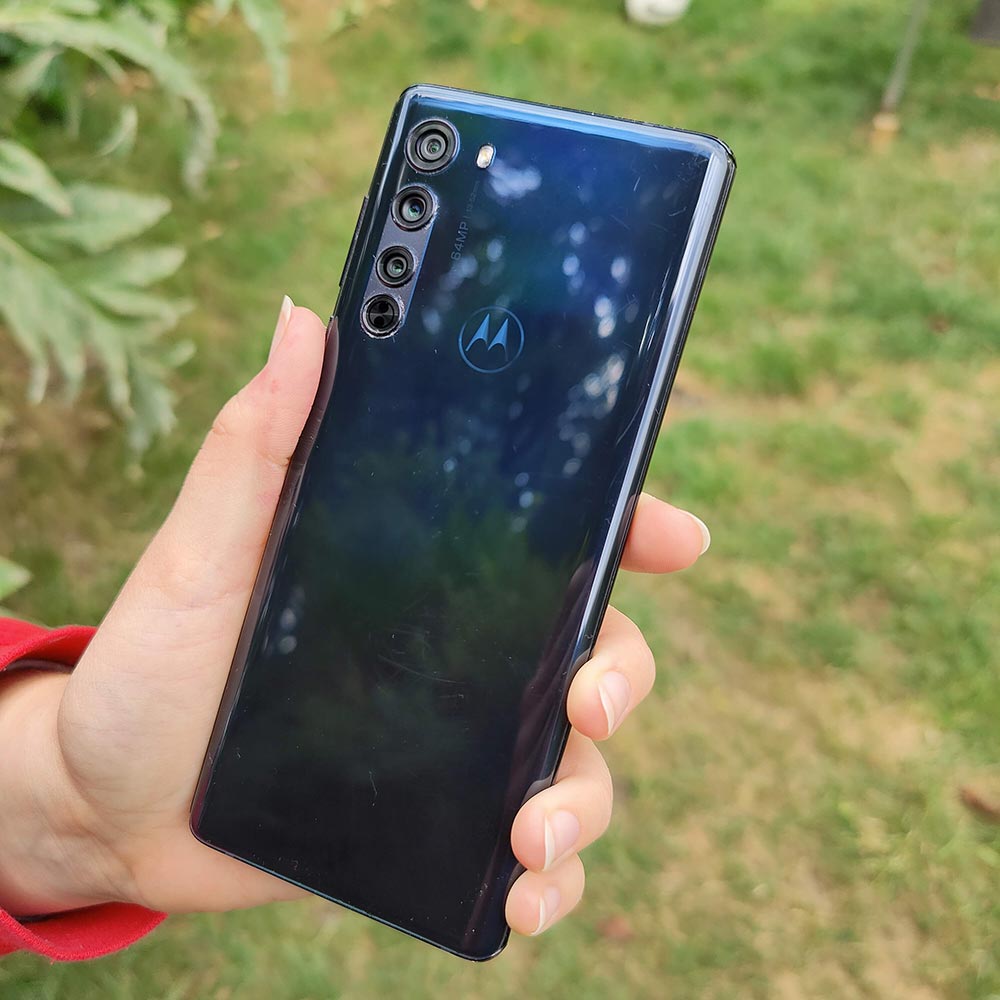 The Edge has four rear cameras – a 64Mp main lens, an 8Mp telephoto lens, a 16Mp ultrawide lens, and a time-of-flight depth sensing lens. However, you don’t actually get 64Mp photos when the main lens is active. Instead, the Edge combines every four pixels into one larger pixel, to increase the amount of light in each shot.

As a result, the Edge takes some impressive shots. They’re well extremely well-lit and the time-of-flight lens works a treat, giving photos a more defined point of focus. It’s not quite on par with the latest Google phones, but for the price, it’s a very decent camera phone.

Selfies from the single 25Mp punch hole camera are OK. There’s a bit of skin-smoothing, and the contrast could definitely be improved.

While video quality isn’t the best, it isn’t the worst either. They can seem a bit dark and, unless you’ve got a steady hand, you’ll find that the stabilisation could do with work. 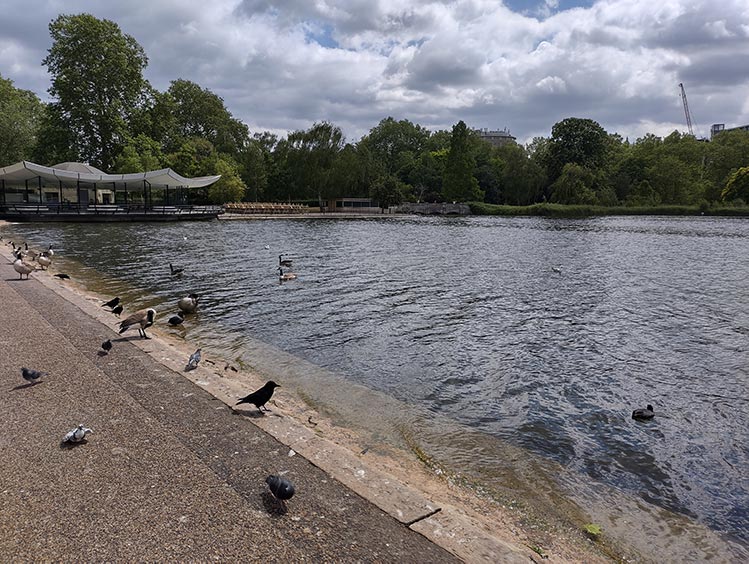 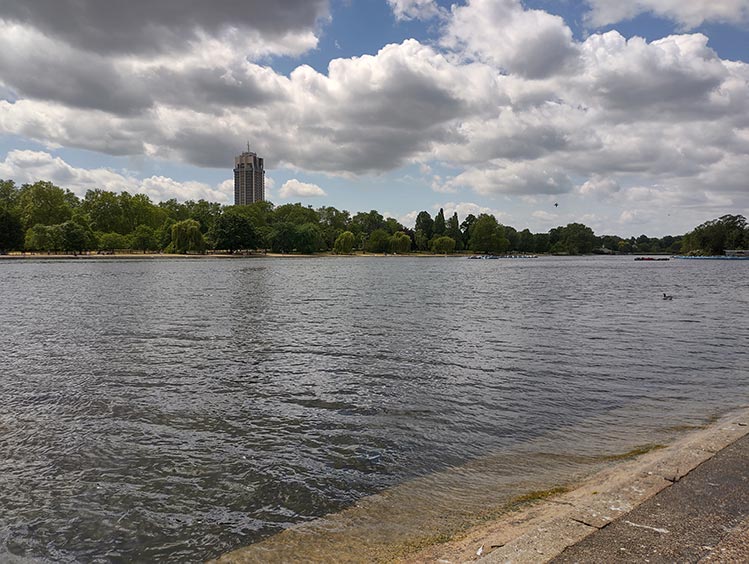 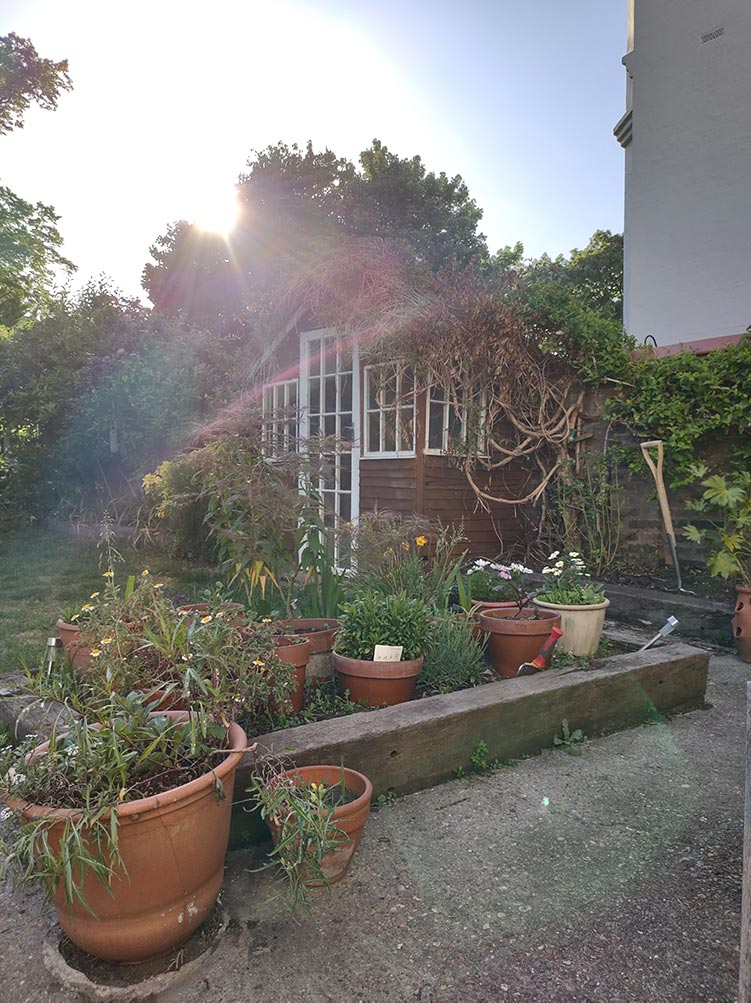 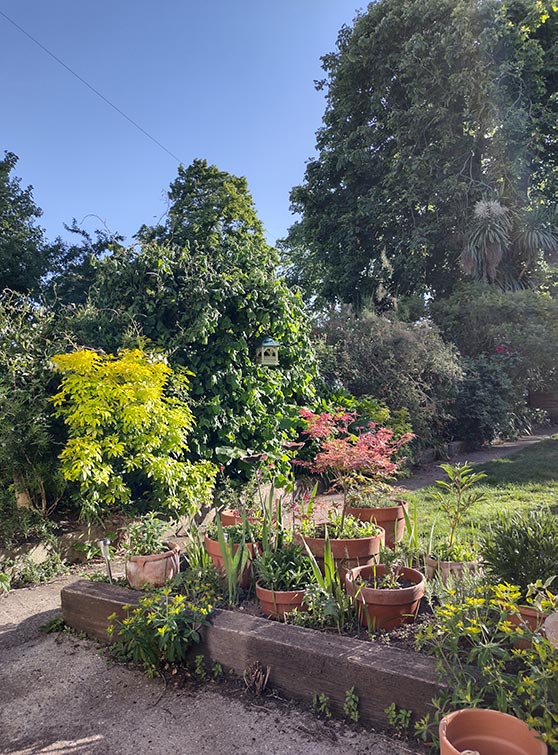 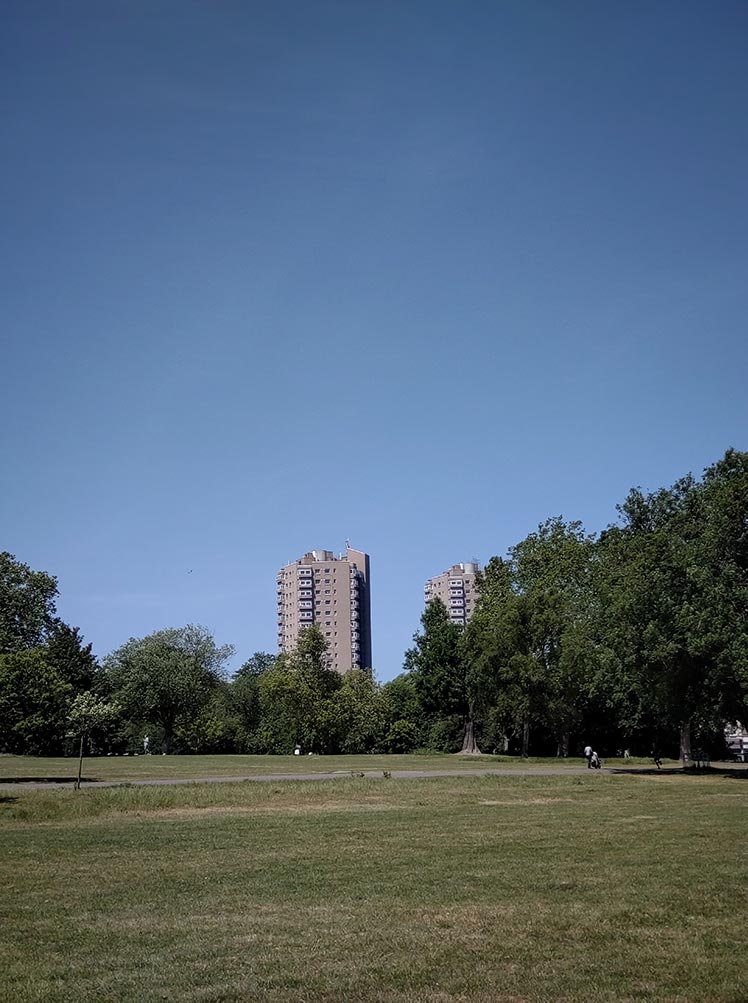 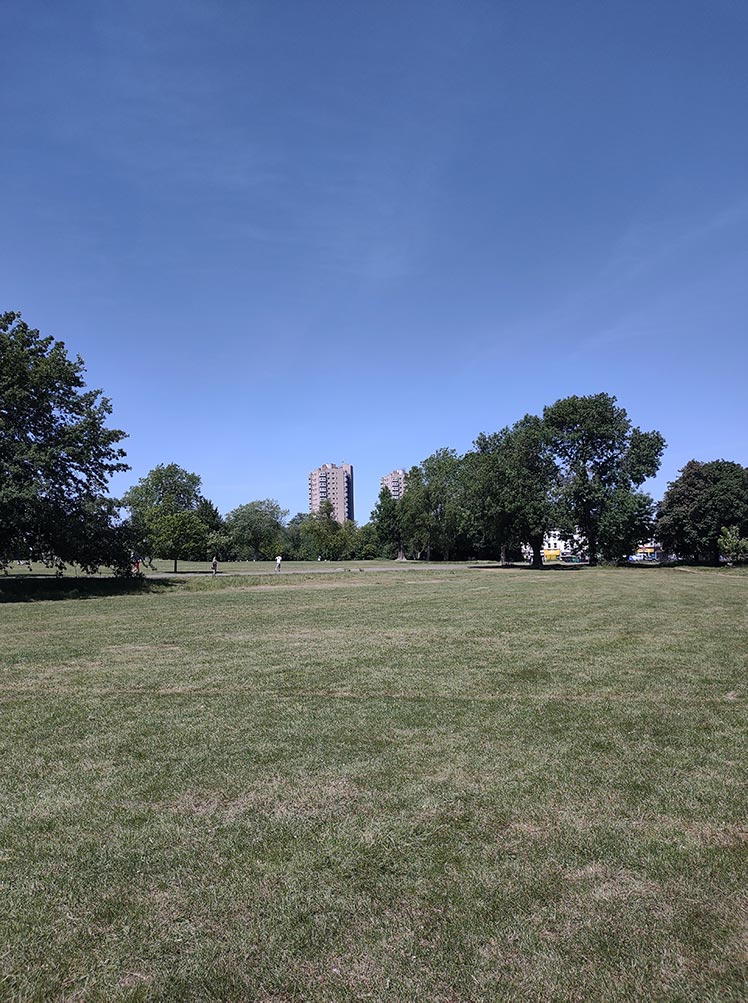 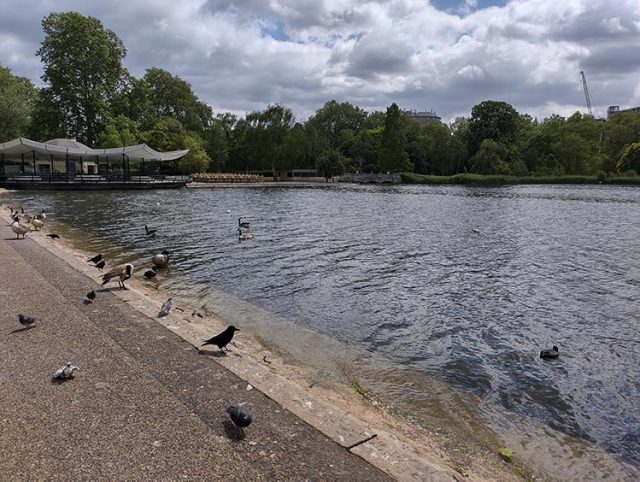 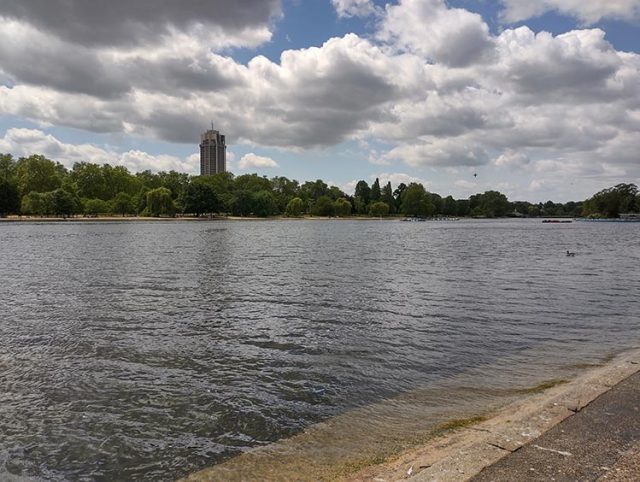 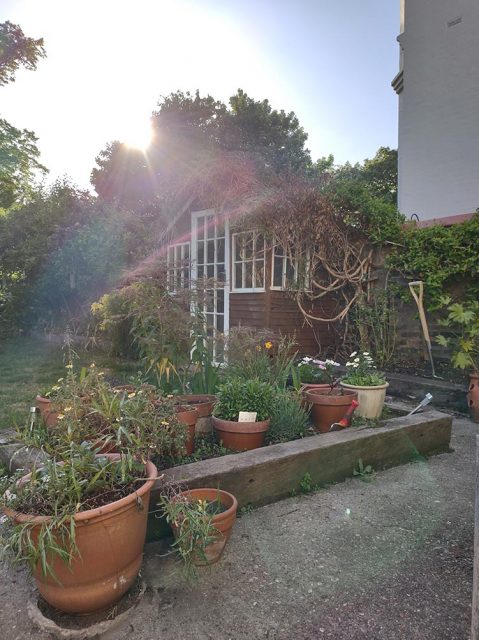 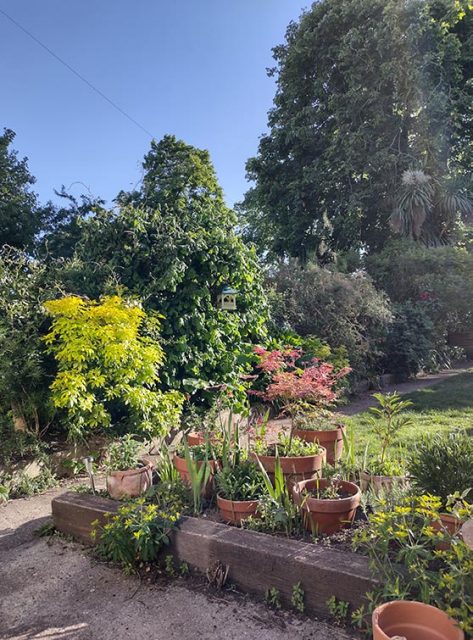 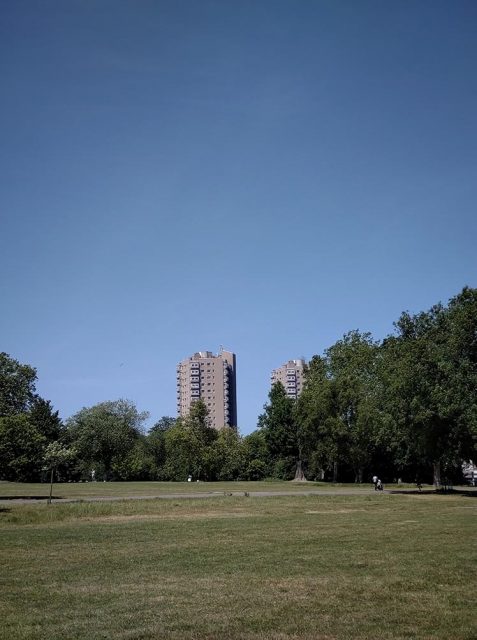 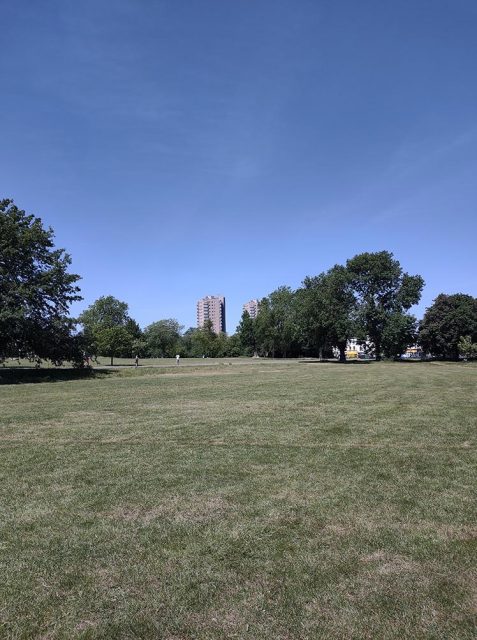 Motorola Edge Ease of Use

The Edge’s software is, as ever with Motorola phones, a pleasure to use. There’s no bloatware or annoying app duplication.

However, Motorola has seen fit to add some tweaks to the software to make the most of the Edge’s, erm, edges. For example, when asleep, lights will fly up the side of the screen to alert you to notifications. Plus, there’s an action bar which you can double-tap to quickly open apps or tools.

The Edge’s display can even be used for air triggers when gaming – similar to L1 and R1 on a PlayStation controller. We couldn’t get them working on the games we tried, however, so the jury’s still out.

It’s not all good news, though. As a result of the Edge’s steeply curved sides, we found ourselves prone to accidentally pressing things more often than usual. Sometimes we’d lose our place in the Twitter timeline, but other times we’d end up swapping apps or sending messages when we didn’t mean to. It’s an irritant you can learn to live with, but we’d rather not have to. 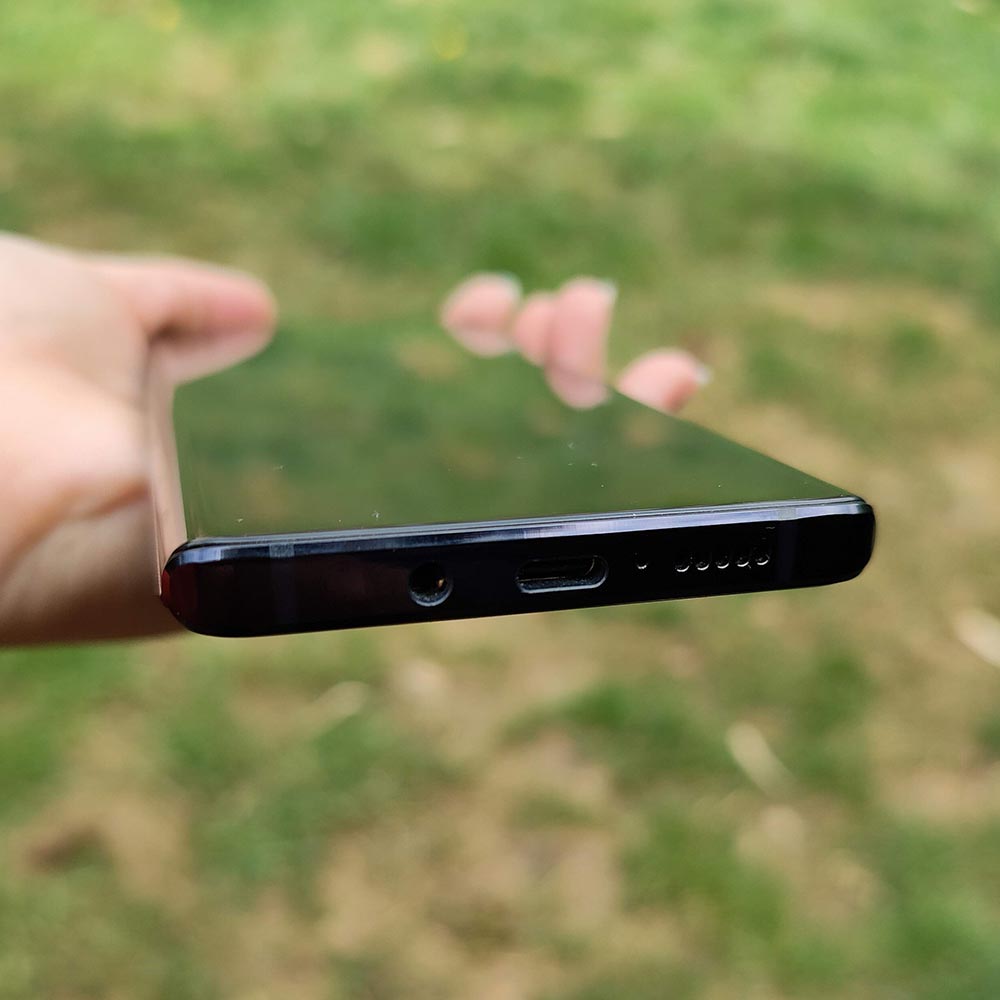 In the US, the Motorola Edge costs $675 – and we think it’s pretty good value for the price.

The cameras are sharp, the performance is snappy, it’s 5G-ready, and the software is great. Motorola also told us that users will get at least one major Android update, but it will be constantly reviewing whether it can push out more when they arrive, which is nice to hear as well.

However, it also has some very big competition – namely, the OnePlus 8.

It’s here that we can see the choices OnePlus and Motorola have made to get these phones into sub-$700 price brackets. Motorola has sacrificed speed with a slower processor and lower RAM figure. OnePlus, on the other hand, has gone for a smaller battery and lower resolution cameras. OnePlus also hasn’t said anything about the 8’s waterproofing.

So, the question is, what do you value more — performance or cameras and battery life?

The Edge is a very good, if slightly quirky phone. We’re big fans of the cameras and Motorola’s software. The performance is slick, and the battery life is strong.

However, the design still leaves us a bit cold. If Motorola had gone for a slightly more orthodox approach, the Edge could have been a brilliant piece of kit, rather than simply a good one.