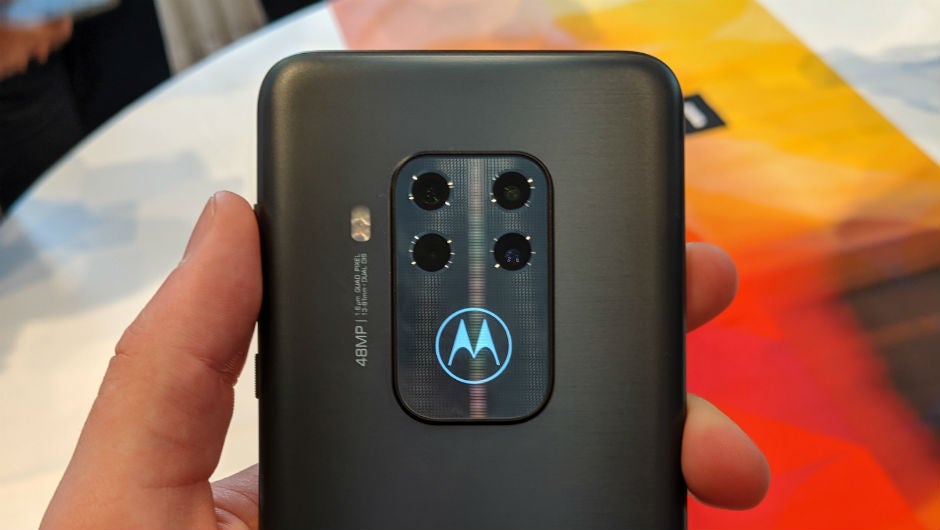 Motorola's latest Android One phone, the One Zoom, has finally been revealed at the IFA conference, Europe's biggest tech event.

Packing four rear cameras, the One Zoom promises to take incredible photos without breaking your bank. The four rear cameras include depth-sensing and ultra wide lenses, giving you all the tools to take great shots. Sounds expensive? All that camera tech comes at a budget-friendly $449.

So will the One Zoom be the phone of choice for savvy smartphone snappers, or is the Google Pixel 3a still the way to go? 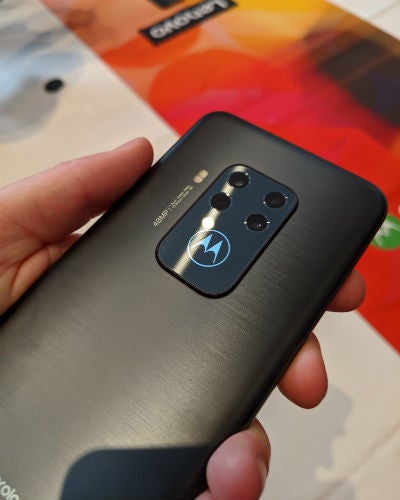 We had some brief time with the One Zoom at IFA in Berlin, and we're pretty impressed.

As is typical with a Motorola One phone, you get a very lightweight Android skin and snappy, if not mind-blowing, performance from the Snapdragon 675 processor and 4GB of RAM. The 6.4-inch display is large, and while it is an LCD, it's certainly good enough for streaming. The 4,000 mAh battery should be good enough for almost two days' worth of battery, as well.

So what about those cameras? You get a 48Mp main camera, a 16Mp ultra-wide lens, an 8Mp telephoto lens with 3x optical zoom, and a 5Mp depth sensor. It's important to mention that adding more hardware doesn't necessarily mean better photos. However, given Motorola's recent efforts, we're expecting the pictures to be pretty strong.

Lenovo has also worked hard on beefing up the software that powers the cameras — suggesting the best modes and settings for taking pictures before you take them. When we tried it out, we found that it worked really well.

Round the front, you get a 25Mp selfie snapper, which utilises quad pixel tech to bring more light into photos.

The One Zoom starts from €429 ($475), and goes on sale this month. It comes in two colors: gray and a rather stylish purple version. The latter is an Amazon exclusive, though, and comes with Alexa built-in, as well as Google Assistant. Sadly, you can't get it in the US.

Motorola One Zoom vs Google Pixel 3a 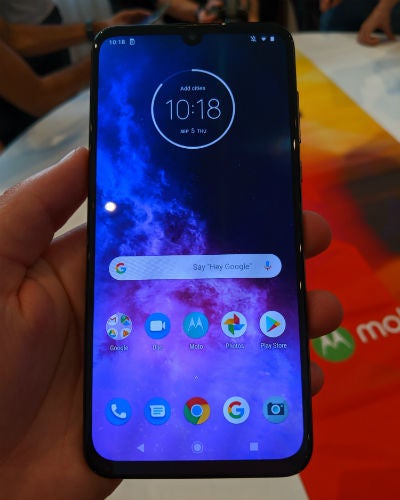 We can't draw too many conclusions yet from the One Zoom — we've only spent a little while with the device, after all.

However, it will be interesting to see how the One Zoom stacks up to the Pixel 3a. Both take excellent pictures, but the One Zoom's array of different lenses make for a slightly more versatile camera than the Google phone.

But, as we seem to find with almost every non-Google phone, the pictures from the One Zoom don't quite have the same ‘pop' as those we've taken on the Pixel 3a.

So, it really comes down to choice. Do you want to take wide-angle shots? What about high-zoom photos? The Pixel phone can't manage these in the same way as the One Zoom. If you want to take incredible straightforward shots, the Pixel might still be the way to go.

Read more about the Google Pixel 3a

Motorola also announced the E6 Plus at IFA. We didn't get any hands-on time with the phone, but we wouldn't be surprised if its another low-price hit.

Prices start from just €139 ($154), although that's for the fairly anaemic-sounding version with 2GB of RAM and 32GB of storage. Find an extra €20 in the back of your sofa, however, and you can get the version with 4GB or RAM and 64GB of storage.

Sadly, though, the E6 Plus won't be headed to the US. But, the rest of the world will be able to get their hands on it this month.