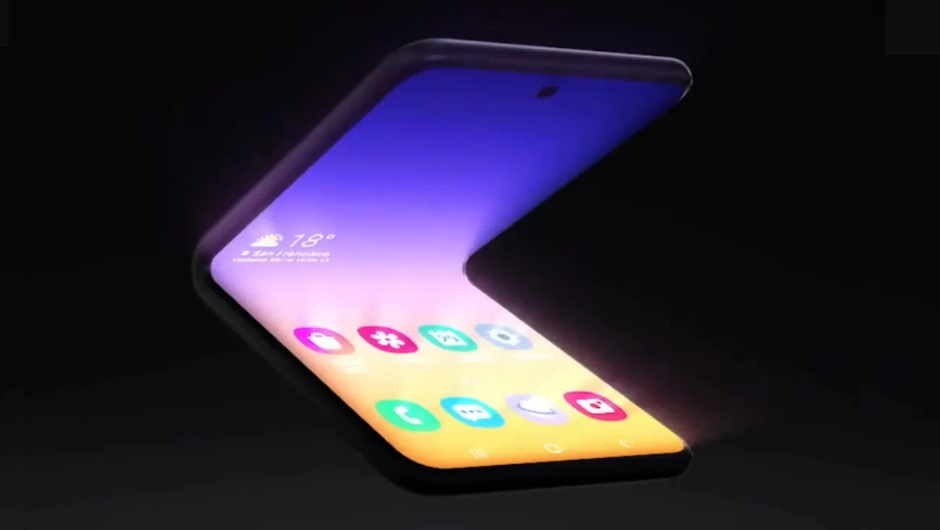 Samsung just revealed its next-gen Galaxy Fold design, which comes with one huge change: It will fold horizontally rather than from side to side. The new look had already been leaked, but was just confirmed at a Samsung conference held in San Jose.

Given Samsung's struggles to make their first attempt at a Galaxy Fold, it's perhaps not surprising that they're going in a very different direction, literally, for the next one. But are they flailing, or does a clamshell-style design make sense?

The new Samsung phone folds from the top down, with an inner screen that automatically adjusts to a new format when partially closed, according to video from Samsung. Fully closed, the phone becomes a compact, easily portable device.

It's a little unclear whether there's a huge demand for a clamshell smartphone, but those with small hands and smaller pockets are likely perking up their ears. They'll have a while to wait, as it's early days yet. Specs, pricing, a release date, and even a name, are all to come.

Attendees of #SDC19 got a sneak peek at a brand new form factor Samsung is exploring for the foldable category of devices. #SamsungEvent pic.twitter.com/rGtpvNj0SJ

Samsung seems fully committed to foldable phones at this point. They'd have to be: Their 2019 path towards a folding phone that actually works has been a long and well-creased one.

The company first debuted the phone at a February 2019 event. But the initial April 26 launch was delayed after reviewers reported their models were breaking, and we when we tried out the phone ourselves at this time, we came away unconvinced.

The revamped Fold finally hit the market last month, but it'll be tough to fully bounce back from that months-long PR hit. Still, its done it in the past – remember 2016's exploding Galaxy Note 7 fiasco? Samsung would probably rather you didn't. 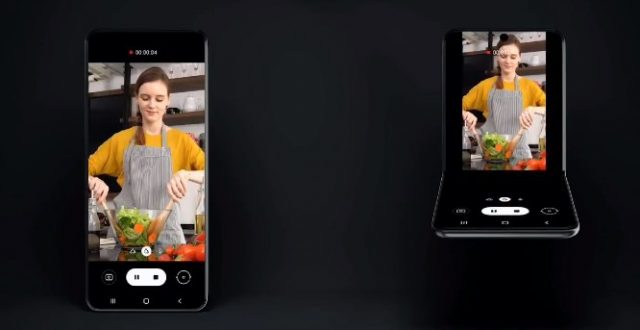 The Race to Folding Phone Success

Samsung is rolling with the punches, but one other smartphone company is pulling ahead with its own takes on the folding phone.

The Huawei Mate X is now available in China, on sale as of last week. It's a pricier phone, at 16,999 yuan ( about $2,400). You can check out our comparison of the Huawei Mate X with Samsung's Galaxy Fold over here for more info.

Then there's the new phone from Motorola, a return to it's iconic Razr devices from the mid-2000s. You'll need to wait until the November 13 reveal event to get good look at it, but with the teasing slogan of ‘You're going to flip', all signs point to the 2019 Razr having a horizontal folding screen.

Other tech companies have developed their own folding devices, too: Check out our foldable phone guide for a full look at the competition.

Time is a flat circle. If the 30-year nostalgia cycle holds true, we're in for a 90s comeback. Perhaps Samsung's new clamshell folding phone can reel in users nostalgic for old-school flip phones.