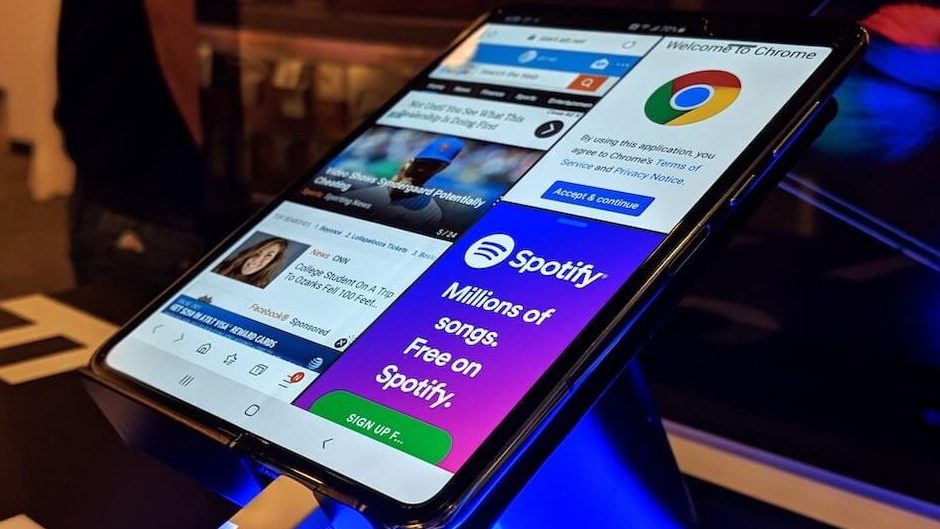 After all that chaotic pre-launch negativity that caused Samsung to delay its launch, the tech company has reportedly redesigned the Galaxy Fold to actually work. At least, that's what they're telling people.

Foldable smartphones continue to be a lofty aspiration for the tech industry with no working model on the market at all. The likes of Samsung, Huawei, and a few others are working on it, but it's safe to say this kind of innovation isn't going to come easy for anyone.

That was made apparent earlier this year when Samsung had to delay the launch of the Galaxy Fold, as review models were cracking, breaking, and generally not working properly under the smallest bit of stress. But, if you believe the South Korean tech company, they've finally figured it out!

According to a report from Bloomberg, Samsung has spent the last two months redesigning the Galaxy Fold in hopes of salvaging the brutally reviewed device after it proved to be far from the seamless device we were promised.

As Bloomberg put it, “people familiar with the matter” gave a few specific details about how Samsung has improved the device. For one, the protective film on the device — the one that reviewers were accidentally peeling off, subsequently destroying the phone — has been stretched around the whole screen and it flows into the outer bezels, making it comparatively unnoticeable and impossible to peel. Additionally, Samsung has redesigned the hinge to be flush against the display in hopes of providing a more seamless experience that doesn't create a big ugly crease down the center of the screen.

No new release date has been announced for the Samsung Galaxy Fold.

Do You Believe Samsung?

At this point, Samsung would have to be borderline masochistic to take another shot at launching the Galaxy Fold without truly testing to see if it actually works on a larger scale. While two months isn't exactly that long, it's an eternity for a tech company with the resources and motivation to get something done.

However, the chance to be first to market is perhaps too attractive an achievement, and it could be causing Samsung to hurry the launch without the product to back it up. With Huawei's foldable smartphone, the Mate X, poised to hit the market in September despite similar delays, it's safe to say Samsung has a solid reason to rush the launch.

With product flops becoming Samsung's bread and butter, skepticism should be your standard operating procedure when it comes to this kind of news. After all, the prototype Galaxy Fold on display at their announcement event looked pretty great, so what's to say these mysterious “people familiar with the matter” aren't looking at some mythical foldable smartphone that will never see the light of day?

Should You Buy the Galaxy Fold?

Come on, really? If you're still considering purchasing the Galaxy Fold, you've got to be one of the most ambitious early adopters in the history of tech. Considering Samsung cancelled every single pre-order for the controversial device, any rational person would wait at least a few weeks to be sure the technology is actually sound.

If, however, you have an extra $2000 lying around and are looking for a unique way to get rid of it, sure, you should absolutely buy the Samsung Galaxy Fold. You know, whenever they decide to actually release it, that is.