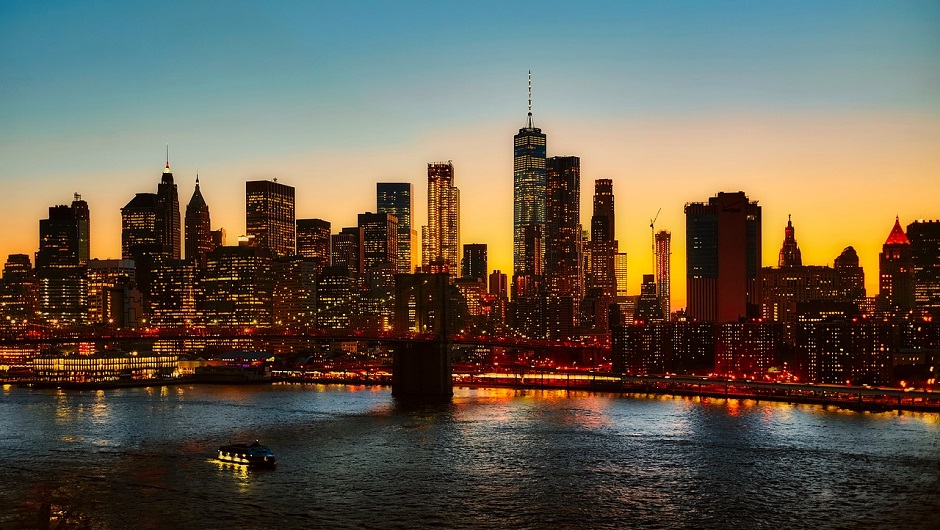 As entrepreneurs brush off their pitch decks for the new year, they'll likely realize that finding the right venture fund is tougher than ever. Even though last year's VC deal dollars added up to the largest amount since the dot com boom, those dollars are spread out over fewer deals. Unicorn companies alone saw 22 percent of that record VC investment number. If you're just starting out, finding the right investor remains a chore.

U.S.-based venture funds — which together raised over $30 billion in 2017 for the fourth year in a row — aren't too shabby, and New York City is a vanguard of the east coast VC system. Here's the rundown on every well-funded venture firm operating out of the Big Apple.

This venture capital firm invests primarily in Seed, Series A, and Series B rounds, offering these early- and mid-stage businesses the strategic and operational aid they need as well as the financial kind. RRE has raised $1.5 billion across seven funds, and their success stories include Business Insider, MakerBot Industries, and Venmo.

While they invest across the U.S., over 50 of their portfolio companies are in the New York Metro area, making them one of the most locally active VCs on this list. Read their blog for more information on their values and find their contact info here.

The team at Lerer Hippeau has a strong media legacy, as their managing partners have between them co-founded The Huffington Post, Group Nine Media, and NowThis Media. They're an early-stage fund, and their companies include Skift, Axios, and Chartbeat. You can contact them through their site.

ff leads seed and series A rounds on a wide variety of tech sectors, often initially investing in the $500,000 to $750,000 range. Since their founding in 2008, the fund has invested in more than 90 companies, helping bring their market values to a total surpassing $4 billion. Learn more about their investing themes here.

With an eye for the long-term, Greycroft keeps their venture funds small, aiming to build relationships with founders through flexible investments that allow greater options for ownership percentages or board seats. How should you contact Greycroft? Get an introduction via a mutual friend, they recommend.

The typical Great Oaks investment lands between $50,000 and $500,000 in seed or series A deals, and their team has backed over 300 businesses. They're based out of San Francisco as well as New York City, and their network spans the U.S. Their contact info is available at their page.

This early stage investment fund's typical deal is between $50,000 and $250,000. Their successful exits include Blue Apron, Trello, Vine, CrowdTangle, and most recently, AND CO. You can email them at hello@boxgroup.com

This firm is a “thesis-driven” one: Their investments are all aimed at building networks, infrastructure for the new economy, and “open, decentralized data.” It's a goal that's tough to argue with. They manage more than $1 billion over seven funds. If you're like to contact them or submit a business plan, you can email them at info@usv.com. 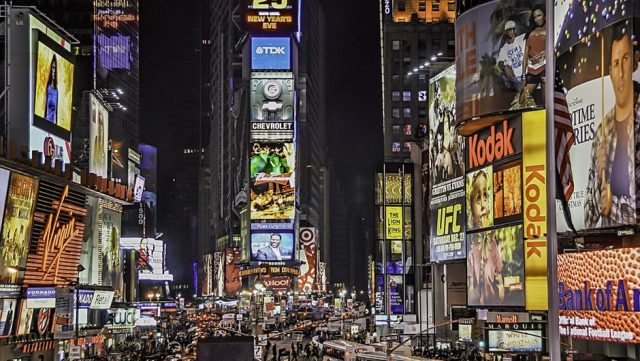 This firm has been a tech and software VC firm since its inception in 1995. In internet years, that makes it a seasoned mentor, and it has the global network to prove it has kept busy over the decades: Insight's portfolio companies operate in 65 countries across six continents. If you join their ranks, you can expect a flexible deal structure and strong growth. You can contact them here.

Already one of the most powerful banks in the world, Goldman Sachs has over the last fifteen years garnered a reputation as a powerful tech investor. They've made over $6 billion in private investments since 2003, and backed popular late-stage unicorns including Uber, Pinterest, and Dropbox. You can contact them through their site.

Focused on the intersection of media and tech, Betaworks gets bragging rights for getting in as an early investor for companies including Tumblr, Kickstarter, and GroupMe. Others in their portfolio include Product Hunt and Medium, and you can contact them here.

FirstMark is an early stage venture firm, with 90 percent of their investments going to seed or series A companies. The initial investment ranges they'll consider are wide open, at anywhere between $250K and $10 million, and they get results: Their portfolio companies have raised over $1 billion collectively just since 2015. You can meet the team here, and contact them here.

You can check out this firm's wide portfolio here. They've been making seed and early-stage investments since 2010, and have reached 128 deals with 13 exits since. They can be contacted at info@innovationendeavors.com. 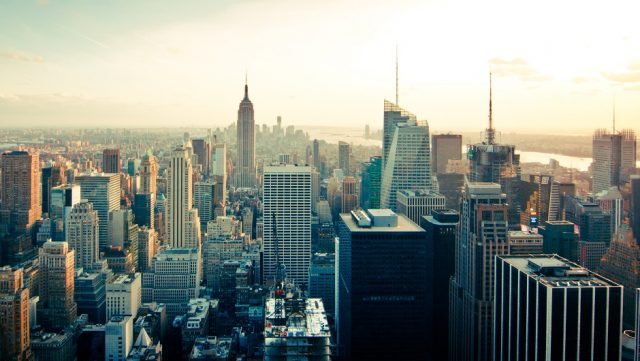 This venture firm's focus rests on early stage tech companies that are “disrupting or enabling traditional industries.” Their areas of interest include AI/machine learning, digital health, IoT, Fintech, and B2B SaaS, among others. They can be contacted by email at info@metamorphic.vc.

Early-stage companies at the intersection of sports, technology and media should turn to Courtside. True to their name, the firm has a network of sports experts that have helped their portfolio (The Athletic and Vsporto, to name two) succeed.

This venture firm held $20 billion in assets under its management globally as of mid-2016, and has been in operation since 1980. While not primarily philanthropic, the firm has held active ties to the non-profit and educational sectors since its inception. You can learn more about their thematic approach here. They can be reached through their site.

This seed fund focuses on investing in “technology to transform large, existing industries,” and has seen 26 exists since launching in 2010. Contact them through the email address listed on their site.

Lux invests in a wide swathe of emerging science and technology innovations, from drones to biotech to neuroscience to VR. Their portfolio appears to trend towards to the “cool” factor: Their companies have been featured in National Geographic, The New Yorker, and Variety in January 2018 alone. You can learn more about what they offer and what they're looking for at their site.

This VC firm focuses on internet and software investments, and they've earned 22 exists since their founding in 2009, including a little company you may have heard of called “Instagram.” They can be contacted by email at info@thrivecap.com.

Eniac Ventures leads seed rounds, offering a comprehensive support platform in addition to funds. Portfolio companies can expect aid with talent recruitment, public relations and marketing, operations resources, fundraising support, and networking opportunities with “thousands of the top companies, investors, and brands.” The best way to reach them? “Through someone we know,” according to their site.

This early stage venture firm has seen a few notable exits including Tweetdeck and Visual Revenue. They keep a relatively low online profile, but can be reached through the address on their site. 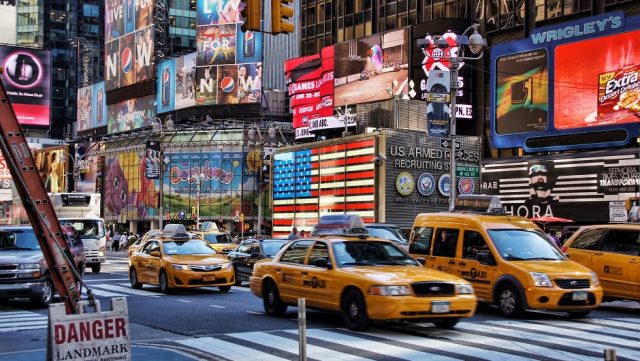 This VC firm's goals can be stated in terms of those their portfolio serves, rather than specific tech industries themselves. Those Collaborative tries to help include cities, kids, and consumers, and their sectors include health and money. Their three funds total $125 million and cover over 50 investments, all out of their cozy New York City office. You can learn more about their areas of interest here, and can contact them by email at magic@collaborativefund.com.

This venture firm's early-stage investments include AngelList and Postmates. Their services and resources include mentorship, fundraising, business development, customer acquisition, talent management, and press coverage. Their contact info is available on their site.

FJ invests largely in B2B and B2C marketplaces, and values its “honest and straightforward” approach to pitching. They're certainly more transparent about how founders should expect the process to unfold than most firms on this list. You can read the FAQ on their investment strategy here. The firm's investments span over 300 companies from more than 20 countries.

If you're an early-stage digital media company, this is the venture firm for you: They focus on online video, next gen media, and publication tech. Their main fund tends to invest $1-5M in A and B rounds, but they have a secondary fund for seed investments as well.

This seed stage venture firm is looking for entrepreneurs building scalable technologies, but then again, so are most of them. Scout offers aid in business, recruitment and fundraising in addition to their financial aid. They invest across North America with a focus on the East Coast, and offer initial funds of $250K to $750K, with reserve capital for follow-on investment.

Rho's broad, multi-stage investment portfolio covers the sectors of energy tech, information tech, healthcare, and new media. The team aims to go beyond just investments, and have backed over 200 companies since their 1981 launch. Contact information is available on their site.

This venture firm focuses on the healthcare, human capital, and aerospace sectors. You can learn more about its board seats and investments (which include Facebook, LinkedIn, and Square) at this link, and you can contact the firm by emailing edyson@edventure.com.

This seed and early stage venture capital fund differentiates itself with both a founder-friendly approach and its own accelerator program. Joining that 12-week program (or making it into Quake's portfolio) will open your company up to mentorship, coaching, and a network of resources. Their typical equity investment is between $25K and $250K. You can learn more at their site.

Tribeca Venture has an eye for early-stage tech companies that will make a big impact on their sectors through a razor-sharp focus on their goals. Their geographic priority is — what else? — the New York Metro area, but they'll consider those outside the area.

Best of all, their website reveals something in short supply among the public faces of the large majority of entries on this list: a sense of humor. Here's how they describe their investment ranges: “$100 thousand to $4 million depending on stage, sector, capital needs, our circadian rhythms on the day you ask, ect.”