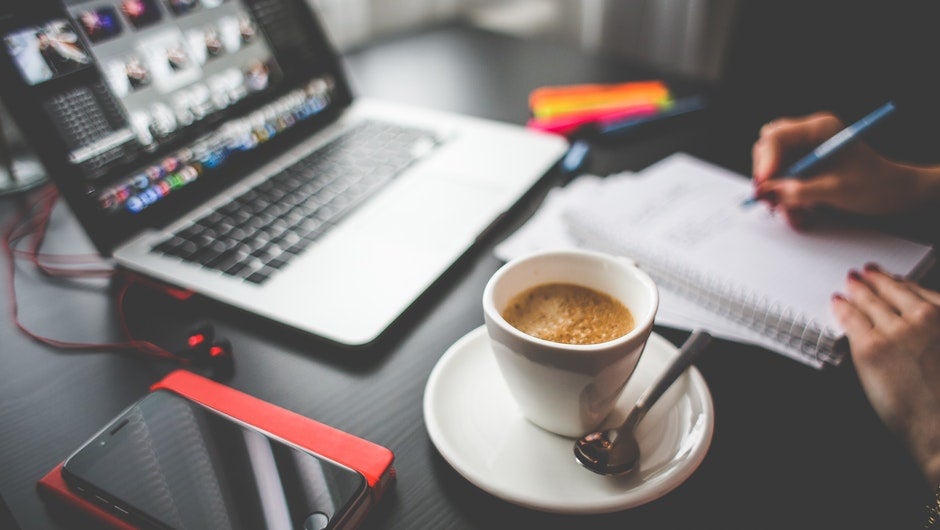 Are you a freelancer or a small studio? Congratulations. You can now manage all of your invoicing, contracts, and payments through a simple interface, for free. But don't thank me — thank Fiverr, which just acquired the premium freelance software service AND CO, and has immediately offered it for free to all.

What's the benefit of buying something you're just going to turn around and offer for free? For Fiverr, it's all part of a plan to nab a larger piece of the ever-expanding pie that is the modern freelance economy. And to do that, they'll need to capture the offline freelancer audience just as well as the online one.

Fiverr rose to success as an online marketplace for quick gigs that could cost as little as five dollars. Which makes its pivot to offline freelancers seem a little counterintuitive at first. But And 97 percent of freelancing happens offline, and Fiverr doesn't want to leave that large a percentage on the table. Plus, this isn't a new approach for Fiverr.

The company, which has raised $111 million to date, announced their most recent funding round in November 2015 on the backs of the “offline” argument. The company aims to “aggressively attract the vast majority of freelancers who still operate offline,” it told Venture Beat at the time, and its acquisition of AND CO certainly follows up on this claim.

Brent Messenger, Global Head of Community for Fiverr, shared his thoughts with me on the direction Fiverr aims to take over the next few years.

“Right now, we’re focusing on our growth and engaging with our larger audience,” Brent says. “We have a large appetite for additional acquisitions and we’re in a position now to take major steps forward this year as an industry leader. It is our ultimate goal to become the standard for the freelance lifestyle; to address all of their needs whether it’s automating business services, obtaining more clients or navigating things like healthcare access.”

Expanding into new territory requires an aggressive strategy, as anyone who got a free Google Home Mini with their Pixel 2 last holiday season knows. Fiverr's free services to freelancers may seem altruistic, but they do establish the company as the backbone of a rapidly growing segment of the working population.

The freelance economy is growing fast. In 2016, the number of freelancers in the United States hit 55 million, which represents 35 percent of the total workforce in the nation, and they collectively earned $1 trillion. Those numbers are projected to keep growing in the near future, potentially even representing the majority of U.S. workers by 2020. While the U.S. is the largest freelancing country, plenty of others are also huge, such as India's more than 15 million freelancers, who together add around $400 million to the economy per year.

Plenty of factors — good and bad — are driving the rise of the freelance class. One possible major reason behind the shift: Younger workers may have fewer paths toward financial stability, thanks to socio-economic shifts including the rise of automation and the size of the tech industry's skills gap. In the face of a risky traditional job path, today's workers are opting for freedom and flexibility instead. The data backs up this theory: Younger workers are more likely to become freelancers than older ones, and the decision to freelance is an increasingly voluntary one (63 percent of respondents to a 2016 Upwork poll said freelancing was their choice, up from 53 percent two years prior). The meaning of “stability” is now measured in how many freelance clients you have.

Flexible work options are spilling over into the corporate world, too, in a sure sign that work freedom is a growing value even among traditional workers: 75 percent of corporations in 2016 offered some form of work-from-home or flexible hours.

Improvements in technology are making freelancing increasingly easier in a global economy. And Fiverr's taking advantage of the tech advancements to establish itself as an essential element of the new economy.

Where Does AND CO Come In?

Fiverr is “building the leading global freelance ecosystem,” as AND CO explained in their latest blog post, and Brent further expanded on how that goal dovetails with their acquisition.

“As mentioned, we want to become the standard for freelancing,” Brent tells me. “Whether freelancers choose to do their work online or offline, we want to make sure all their needs are met and taken care of. With a suite of services that allow freelancers to automate processes, AND CO has built a system that solves many of the problems for freelancers, including time tracking, invoicing, payments and more.

We are investing in solving more of the freelancer’s pain points by creating easy access to all the tools skilled pros need to run their business. Adding AND CO to the Fiverr family is another step in realizing that vision and making a meaningful difference in the lives of freelancers building businesses online and offline.”

The company aims to globally scale AND CO over the upcoming years, taking the company from its current 60,000 users to the dozens of millions currently freelancing around the world. They're very much in expansion mode.

“As a horizontal marketplace, we always think about category expansion,” Brent adds. “It’s a great opportunity to acquire high-end freelance supply and give them an opportunity to benefit from the breadth and exposure our marketplace provides. Aside from broadening the depth of the marketplace, at our core, we’re a large community of freelancers and entrepreneurs. We obsess about benefiting our community, and that means constantly looking to augment the freelance experience, whether that means new software or grassroots social opportunities and organization.”

What's next on Fiverr's plate? Hopefully some form of insurance. A lack of retirement benefits and a lack of unemployment insurance are freelancers' top complaints, sitting at the top of mind for 24 and 20 percent of respective respondents, according to a ReportLinker survey. If Fiverr can address these issues by doing their part to establish a social safety net for the freelancer community, they'll nail the goodwill needed to truly nab the userbase they need to succeed.

Read more on TechCo: Why freelancers should start LLCs under the new tax bill