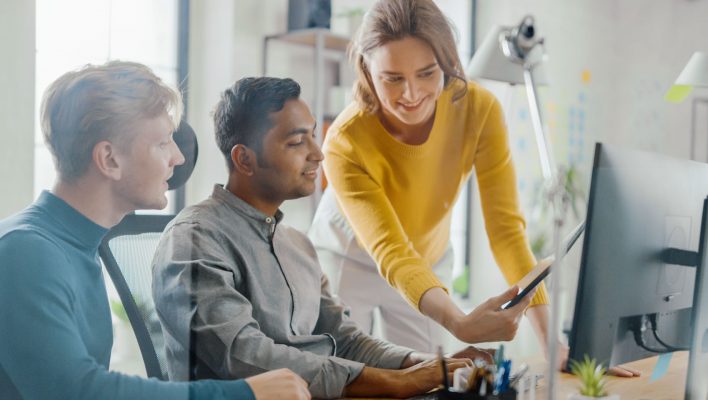 One rarely-talked about casualty of the pandemic has been office gossip – the informal chats that take place by water coolers, photocopiers, and elevators that disappeared as the world moved to remote working spaces.

During lockdown, companies of all sizes have been using web conferencing software and internal communications applications such as Slack to recreate the “social” element of working in the office – with varying degrees of success.

As companies move back to the office, gossiping might not be at the top of every manager's list of priorities –  but an increasing number of academics and industry leaders believe we shouldn't be taking it for granted.

Office Culture And The Bottom Line

Office gossip, which many people claim to detest, actually promotes cooperation, trust, and togetherness – three things that are much harder to foster in remote working spaces – by giving employees the chance to work out where they stand with one another.

“[Gossip] might not appear to directly impact on a firm’s bottom line, but it will do indirectly.” – Mandy Watson, Managing Director of Ambitious Personnel.

“It fills the silences between conversations and connects us,” chartered psychologist Dr. Jan Smith told Digiday this week. “Opportunities for these exchanges can happen organically when making coffee or collecting something from the printer.”

Mandy Watson, Managing Director of UK recruiting firm Ambitious Personnel — also speaking to Digiday — said the economic impact of this sort of office-based camaraderie is hard to measure, but should not be discounted from calculations.

“It might not appear to directly impact on a firm’s bottom line, but it will do so indirectly” she explained, before going on to highlight the importance of informal chatter to “new starters who have been working from home since they were hired and do not yet have a relationship with their colleagues.”

Indeed, after months away from the office, the idea that gossip is a negative aspect of work spaces is being challenged.

“I think the biggest misconception is that gossip is always this negative cattiness – talking badly about somebody behind their backs,” Shannon Taylor, Professor of Management at the University of Central Florida, told the BBC in August. “But surveys suggest that the primary reason people do it is because they really just want to make sense of their environment.”

Do Employees Miss Gossiping In The Office?

Research suggests that employees, on the whole, do indeed miss the informal chit chats that take place as staff converge around water coolers and coffee machines.

A number of surveys have found that employees have not only missed in-person gossiping, but actually missed it more during lockdown than any other aspect of office life.

Chicago-based law firm Seyfarth Smith surveyed a number of US business owners and staffers in June of this year, finding that 61% claimed to “miss in-person and ‘grown up’ workplace conversations.” This was also the aspect of office work that those surveyed said they missed the most, and by quite a margin.

It isn’t that surprising, either – one survey conducted before the Covid-19 pandemic found that Americans spent 40 minutes a week just gossiping about each other.

Employees also use other gossiping staff members as a vital tool to help them do their jobs properly. “You could eavesdrop on something gossipy,” Leila Bighash, Assistant Professor of Communications at the University of Arizona, told Quartz in May. “But also to get information that you need to do your job.”

Managers, on the other hand, find gossip just as useful. Dustin Seale of Heidrick & Struggles, a headhunting firm, remarked last year that industry leaders could not “see or hear the gossip that is going on throughout their business or even industry [and] are losing the ‘feeling’ for how things are going.”

One of the key issues with working in virtual environments is, aside from dealing with the loss of all spontaneous, in-person moments, the fact that there are few available ways to recreate situations that are even vaguely similar.

Zoom calls, for instance, are often disjointed due to poor connections, audio issues, and mic delay, whilst most people spend them staring at themselves anyway, rather than attentively conversing with colleagues.

“The forced communication on these platforms meant people were anxious about what others were thinking and saying,” explains career coach Lucy Freeman in Digiday. “In normal circumstances, they would have simply glanced over at the person in the physical meeting and received a reassuring smile.”

How Can I Make Sure My Team Isn’t Missing Out?

If you’re still remote working and feel like your team isn’t quite as cohesive as it should be, there are still some steps you can take to improve your situation.

A step in the right direction would be punctuating your team’s days with meetings and not relying on text-based messaging apps to facilitate all of your team member’s social interactions, nor employees themselves.

Granted, apps like Google Meet might not be as good as the water cooler for prompting off-the-cuff conversation, but it’s much better than words on a screen. You are, after all, still seeing your colleagues face-to-face, and the benefits of using web conferencing apps that actually suit your team's needs over software that doesn't are naturally numerous.

If you are back in the office though, get gossiping — and remember that your next trip to the water cooler might be just as important as the report waiting for you back at your desk.