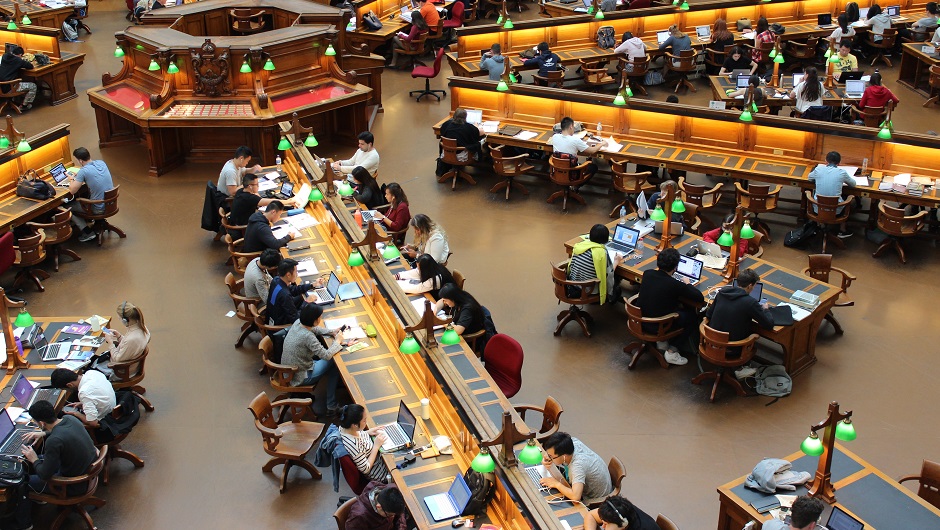 The Netflix model is a tricky beast: Offering all-you-can-watch takes immense funding, as Netflix's 7-billion-dollar 2017 content budget proves, and it only pays off once you have a massive user base to match it. Yet companies keep trying to replicate it in different industries. I've written on the Netflix for podcast model, which is currently a major battleground, and I've written on Netflix for books, which I consider a failed venture, given that the two major players, Scribd and Oyster, are both essentially out of the game.

It was that last article that caught the attention of Perlego, a subscription service that is attempting to crack the all-you-can-read model by focusing on a niche: textbooks. After a quick interview, I'm cautiously optimistic about the project.

Perlego is a monthly ebook subscription service that offers university students unlimited access to over 200,000 titles for £12 a month (which is about $15.50 U.S., or, more importantly, less than the price of a single print book). Students can sign up for free and read over 50,000 public domain ebooks or can shell out Premium money to read 150,000 ebooks and publications from most of the leading professional and academic publishers across a range of subjects, from Business to Philosophy.

“Premium users can read any title they like, as many times as they want, Perlego's Head of Growth Oliviero Muzi Falconi tells me, “but they currently cannot download the ebook or read it offline.”

Their mission is to make textbooks both more affordable and more accessible, which is a pretty easy mission to get behind: Prices for textbooks have risen 1,041 percent since 1977.

“When we were at university,” Oliviero says, “we would spend £400 each year to buy all of our reading material (in the US the average annual spend is closer to $1,200), we would only read a few chapters of each title, pass the exam and then stack the books in a corner of our room, hoping to sell them back to our friends. If we we're ever lucky enough to find the book in the library – which rarely happens for core textbooks – we'd have to deal with waiting lists and the inevitable late-return fee. Most of us were using Netflix for movies and Spotify for music – so why not have a ‘Spotify for textbooks'?”

How It's Rolling Out

Perlego was founded in August 2016 by Gauthier Van Malderen and Matthew Davis with £500k in Seed funding.
A Beta version was released in the UK in January with 65,000 titles from a few leading publishers such as Wiley and Palgrave to test the product with university students.

“Up to this stage, we have been heavily focussing on acquiring content and most of our energy was spent negotiating distribution deals with the top publishers such as Pearson, Wiley or OUP. Today we have signed over 200,000 titles from most of the leading publishers including those mentioned above and the ebook distribution giant Ingram. We are launching a new version of the platform with thousands of new titles and many new features for the beginning of term (around the end of September). Perlego is sold both directly to student (B2C) and to the University (B2B).”

They are currently focused in the UK, but are planning to expand in the near future. So what sets it apart from the failed Netflix of books models I've ranted against in the past?

Oliviero pitched the service to me by stating it was unlike Scribd or Oyster — and like Spotify — because they paid publishers a fixed amount dependent on how much of the publisher's content was read that month. However, paying publishers more for each view their content gets actually is the model that Scribd used, and it's what hurt them: Voracious genre readers wound up costing Scribd more than they were worth, just as too many gluttons at an all-you-can-eat restaurant can put it out of business.

The reason this model works great for Perlego? Their niche isn't something most people love reading: It's a chore to slog through a textbook, and few people have a textbook-a-day reading habit. And since textbooks tend to be wildly overpriced, there's a huge gap in the market for a startup like Perlego to slip in.

But that's also what seems to be a potential stumbling block for the young streaming service: Why are incumbent publishers bothering to partner with Perlego, who might steal their customers? To complete the analogy, plenty of TV providers out there are wishing they hadn't been so quick to licence to Netflix, which is now eating their lunch.

Why Publishers Are On Board

I asked Oliviero about initial resistance from publishers, and how Perlego won them over.

In reality, professional publishers have been losing business as they have wildly overpriced core-textbooks and students have resorted to finding different solutions to avoid paying for new books altogether.”

Second-hand market sales now account for 30 percent of total textbook sales, according to Oliviero, meaning that publishers don't see a dime of a third of their market. Some chose to rent instead, and pirated copies of the most recent edition are also running rampant. Perlego offers publishers a way to monetize all those students who would never have bought a textbook new in the first place. They even shared data on who's reading what, helping the publishers out more.

And They're Positioned to Expand

If their niche is as profitable as it looks, Perlego could grow fast and earn revenue quickly: The textbook-rental service Chegg IPO'd in 2013 and is worth $1.4 billion now. But for now, they are sticking to what they know: Oliviero tells me they have no plans to go beyond “academic and professional content.”

“We want to be the ‘world's learning library' so in that sense we don't feel limited to the textbook format in particular. We have already added 80,000 publications, white-papers and professional reports from publishers such as The Economist or OECD which are very popular with Business and MBA students. In the next months we will also add thousands of Case Studies to increase our offer to Business students, the largest student segment,” he says.

But if anyone at Perego does have Netflix-sized ambitions, it's easy to see how they'd get there: Strong revenue from a great niche could power the kind of content acquisition that no other Netflix-of-books model has had the chance to try.