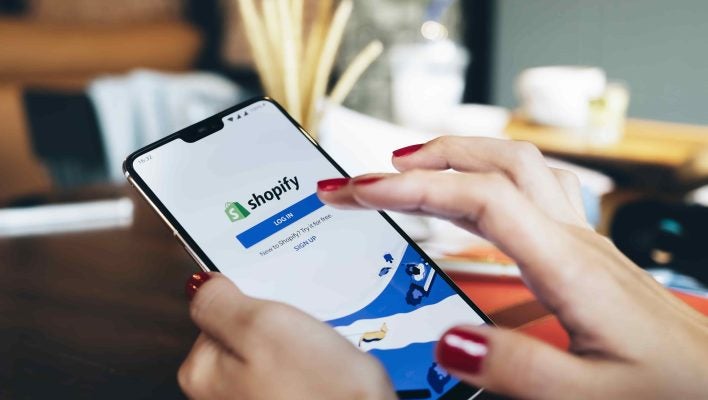 Twitter has teamed up with ecommerce giant Shopify to facilitate merchants advertising products on its platform.

Thanks to the new partnership, when users click on advertisements they find on merchants’ Twitter profiles, they’ll be taken straight through to their respective ecommerce websites.

With Twitter’s new feature, Shopify merchants will now be able to show up to 50 products for sale on their business’s Twitter account or personal profile. Merchants will now be better positioned to take advantage of the commercial potential of the platform's 330 million active users.

If users want to view or purchase a product, they will be taken straight through to Shopify sellers' ecommerce site with a click of the mouse.

The feature is part of a wider Shopify rollout of over 100 new features designed to drastically improve the ecommerce platform, with NFTs and local shopping capabilities among the myriad of new features.

This is great news for Shopify merchants who use Twitter to promote their brand, for which it remains one of the best platforms to do so.

This differs from Meta’s two biggest platforms, Facebook and Instagram, which will let users purchase products from Shopify-powered ecommerce platforms without having to leave the apps.

The not-quite-as-integrative approach does seem to be by design, however as Twitter have said merchants they spoke with before rolling out the change wanted the buying process to still be centralized around the sites themselves.

Social Commerce Will Only Get Bigger

“Social commerce” – effectively ecommerce via social media platforms – is a win-win for ecommerce platforms like Shopify.

Merchants can sell more products and close the gap between promotion and purchase, and at the same time, customers are less likely to leave the social media platforms they’re spending time on.

With functionalities like these becoming more common fixtures of social media sites and the value of the global ecommerce market set to surpass $5 trillion for the first time this year, in spite of the economic downturn, there’s been no better time to start an online store.