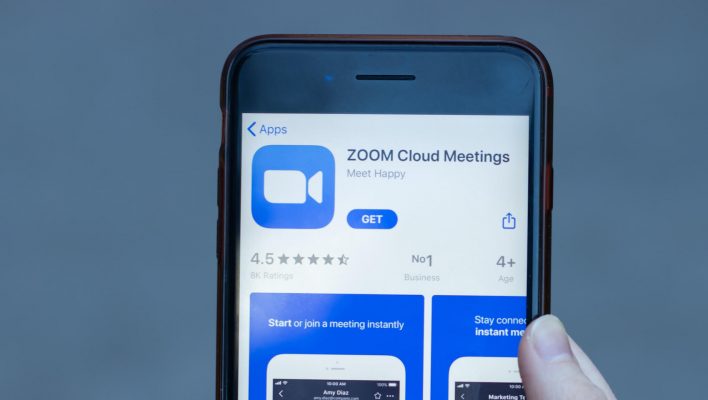 Twine, a company that recently acquired virtual events startup Glimpse, plans to bring speed networking to Zoom, with reports suggesting the launch date may be just weeks away.

Networking is a vital part of everyone's career – especially for younger professionals – but the global shift to remote working almost two years ago means connecting with like-minded businesspeople is much harder than ever before. Now, that's all about to change thanks to twine/Glimpse's web conferencing integration.

Zoom's App Marketplace has grown exponentially since 2018, but there are few apps that will add value to the lives of professionals in the way “twine for Zoom” is expected to.

Twine is a relatively young video chat app created in the middle of the pandemic. Pitched as a “Zoom for meeting new people,” it was designed to facilitate meaningful conversations between strangers. After shifting its focus to online events, the company closed on $3.3 million in seed funding in June 2021.

Twine is powered by Y Combinator, a US tech startup accelerator. Since 2005, Y Combinator has funded the launches of Stripe, Airbnb, Cruise, DoorDash, Coinbase, Dropbox, Twitch, Flightfox, and Reddit, as well as hundreds of other now-established companies.

Glimpse, which has just been acquired by twine, is a speed matching platform that lets you create events and invite other professionals to them that you'd like to network with. Like twine, they've tried to alleviate a pitfall of the pandemic — a lack of face-to-face networking — with a matching system based on artificial intelligence.

According to reports, Glimpse has been testing a new Zoom integration that would give meeting hosts the ability to add speed networking to their Zoom meetings and webinars — powered by Zoom's “Breakout Rooms” API — which Glimpse had insider access to.

The access to the API gave Glimpse the advantage over twine — but now, after the acquisition, Glimpse's software will be available to twine's customers.

When Will Speed Matching be Available?

According to TechCrunch, over the next few weeks, a number of apps built using Zooms Breakout Rooms API will be added to the Zoom App Marketplace.

The Zoom App Marketplace features a number of apps that can be downloaded and integrated with Zoom to provide extra functionality for users. App store categories include learning & development, collaboration, and finance, and there's a whole section on integrated CRM software.

“What [the Glimpse team] managed to build within the Zoom ecosystem is nothing short of remarkable,” said Lawrence Coburn, CEO of twine, claiming it would make a “game-changing impact for remote teams and virtual events.”

Finding a company, business, or organization that's had a more successful two years than Zoom is no easy task. The company has gone from strength to strength since the mass shift to remote working and is still the go-to web conferencing service for thousands of businesses all over the world.

Starting with the basics — connecting people via video and audio chat — the proliferation of apps for Zoom (there's now over 1,500) means there are fewer and fewer reasons to leave the app.

Now, you'll be able to expand your network of fellow professionals, organize events, and connect with people all over the world without even leaving Zoom — or your living room, for that matter.