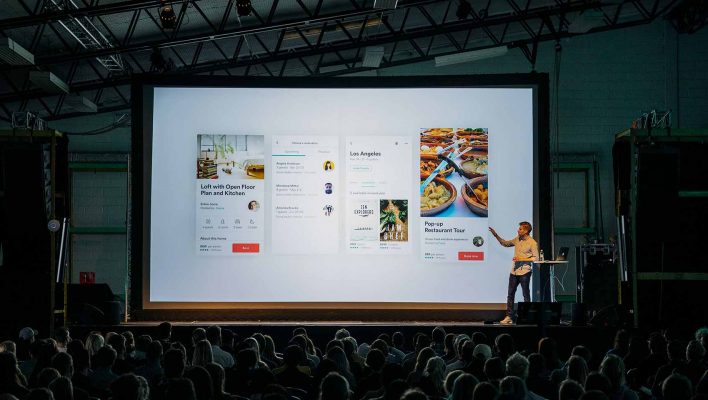 Startup tech businesses used to land on the scene with big ideas about how their tech could change the world.

Facebook, for example, decided in 2008 that its mission was to “help you connect and share with the people in your life.” The vision was grand and amorphous, with no clear indication of how or why Facebook would carry out its mission. However, in recent years, there have been precious few startups with such grand ambitions from an early stage. Of course, neither this original mission statement, nor its current one, actually reflect how Facebook profits as a business — it primarily sells adverts to users.

The company mission statement is, of course, a way to seize attention externally, and focus team members on the end destination. But the trend for world-changing mission statements is waning in the startup sphere. Are new tech businesses becoming less ambitious in their lofty goals? Or are they simply becoming more realistic in what they promise to their customers and their own staff?

Are Startups Running Out of Big Ideas?

“Tech start-ups are usually spearheading a new narrative in their respective industries,” says Tobias Dawes, CEO of Avnio. “A direct result of the fact technology is constantly evolving, the onus is on startups to be more specific in their aims and ambitions.”

Remember when every new tech company seemed to promise a revolution in the way of doing things?

Think back to Uber — the idea that any car could be a taxi is still genuinely intoxicating. The car, emblematic of personal freedom to go anywhere to do anything, had suddenly become a semi-public space. Or Airbnb — your home could become a hotel when you're away — almost free money. Of course, in practice, these didn't turn quite as planned. Property rights and insurance prevented everyone from running part-time hotels in their garden sheds. Safeguarding issues prevented everyone from being ferried around cities by drivers with dubious backgrounds.

So, why shouldn't the next wave of startups repeat the success of Uber or Airbnb? For one thing, the days of bright-eyed young graduates still wet behind the ears, coming up with big plans to change the conception of private property are over. Nowadays, startups are narrower in vision — but that might be a good thing.

Take Marshmallow, for instance – it's an insurtech company (sadly startup portmanteaus are sticking around) which promises a different but fairer method to calculate your insurance premiums.

“The insurance industry is antiquated and fundamentally excludes certain demographics of people who are not deemed “coverable” by impersonal legacy systems,” says Oliver Kent-Braham, the company's CEO and co-founder.

“Marshmallow first began by providing car insurance cover for UK-based expats, a group who had historically been quoted insurance prices that were 51% higher than the market average. This was because UK insurers typically assess a driver’s UK record when pricing their risk, therefore denying anyone who had moved from abroad the opportunity to receive an accurate assessment. Our solution for these outdated approaches was and still is, to use data and technology to constantly evolve our decisions around pricing and risk and therefore be able to offer insurance to these customers in a fairer, cheaper way.”

Data, insurance premiums, and accurate risk assessments don't typically get the pulses racing. However, investors have seen fit to pump $31.2 million into its coffers — so it must be doing something right.

Avnio is another company that you would struggle to explain to your parents but seems to be attracting the right kind of attention. It, apparently, is the only provider in the world of Salesforce-native request for proposal, or RFP, response, and automation software.

“We’re incredibly fortunate to have received a lot of interest from potential investors both in Europe and the US,” says CEO and founder Tobias Dawes. “RFP and response management software combined with PreSales is a strategic area for investment at the moment for a lot of VC’s and PE companies, so it feels like Avnio is in the right place at the right time.”

The company started as an idea in 2019, but by early 2020 it had “launched a new technical solution that ultimately controls and accelerates sales opportunity management,” says Dawes. “Since then, Avnio has grown significantly – it was on the Salesforce AppExchange in April 2020, we won our first customer in August 2020, and we’ve climbed so much since then. In fact, over the last year, the team has increased from just four to now more than thirty employees.”

It shouldn't come as a surprise that Avnio and Marshmallow, with their clarity of business purpose, are attracting investors.

“We have noticed in years of working in the tech industry is the difference between more established brands and newly created ones. The new businesses are clearer about their purpose and goals,” says John Galpin, co-founder of Design by Structure, a corporate brand and digital design agency. “They align their team around their goals and understand why they exist, what their purpose is better.”

But, while new these businesses might have less grandiose ideas for their respective industries than many of their high-profile forbears, they are still bold about their slightly unconventional working practices.

What About the Money?

No matter how much people try to romanticize tech startups, with their impressive visions and (sometimes) innovative work cultures, they are still companies that exist to raise funds and make money.

“We’re a business,” says Tamas Kadar, co-founder and CEO of fraud protection startup SEON “and if we don’t focus on profits then, of course, that doesn’t benefit anybody. But I don’t think we’re alone in believing that while profits are necessary to keep the lights on and everybody’s paycheques coming, they’re far from the only concern that a business leader should have.”

However, while the pandemic has presented huge problems for some businesses, the jury seems to be still out for startups.

“Although the pandemic has taken its toll on the economy, the tech industry is still going strong and shows a lot of promise for startups,” says Tom Quay, CEO of Passenger, a company that develops apps and websites for transport providers. “The 2021 Tech Nation report revealed that UK tech VC investment hit a record high of $15bn in 2020, and the UK tech startup and scaleup ecosystem was valued at $585bn in 2020 – 120% more than in 2017.”

“What has been most striking over the last year is how quickly the industry bounced back. The pandemic has led to a huge boost in digitalization, with a huge outpour of technology innovation – supported by VC investment. A prime example of this is a company in our portfolio of investments: Booksy, a popular mobile booking management process in appointment-based businesses. After most lockdowns were lifted, demand for services like beauty treatments has skyrocketed. For an industry that has been previously slow to modernize, COVID was a major driver for the sector to rapidly embrace digital transformation.

At London startup innovation center and workspace, Plexal, however, a dedicated Startup Tracker tool has shown that not all VCs are as bullish — particularly on early-stage companies.

“Between March 2020 and January 2021, funding for startups approaching their first funding round declined by a staggering 47%,” says Managing Director Andrew Roughan. “The VCs we’ve spoken to have admitted that they’ve become more risk-averse and more inclined to back companies that are already in their portfolio.”

However, with every setback comes an opportunity. While some (including some Tech.co writers) chose to spend the pandemic playing computer games and working in pajamas, others used the time to do something potentially more useful.

“More than half of the businesses that have launched in the past year, have sprung from ideas created during the pandemic,” says Michelle Bisset, VP of Small Businesses at Sage UKI. “Our research at Sage found that Generation Z and Millennials have led the way during this time, with 61% of people starting new businesses being aged between 18-34.

“This group has been the most hard-hit, but many have turned the challenge of the pandemic into an opportunity to follow their dreams. Following the 2008 financial crisis, SMEs created 73% of new private-sector jobs. Not only is now a good time to start your own business, but it's also incredibly important for our country’s economy and recovery that we continue to support, nurture,  and encourage wantrepreneurs to take the leap.”

“I left my job in January 2020, thinking that the uncertainty of how Brexit would affect the UK and EU business to be able to trade would be the biggest hurdle we would need to overcome – how wrong we were. When the wider world went into lockdown around March 2020, there were initial concerns that the company would really struggle. Fortunately, Avnio’s technology is designed to enable people to work more efficiently and succeed from anywhere, so there was a huge business opportunity, albeit during a health crisis.”

Perhaps, then, the Wild West days of startup tech businesses are over. Companies are more responsible, are more structured, and have better, more focused ideas on what they can actually achieve. In our mind, that's a very good thing.