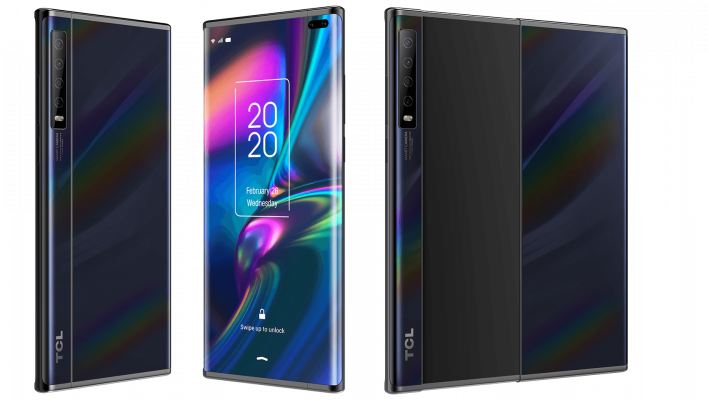 TCL has today unveiled two new concept products — a tablet with a tri-folding screen and a phone with an extendable rolling screen.

TCL, if you're not familiar, is a Chinese company best known for its cut-price TVs. It also makes phones for BlackBerry and Alcatel. However, TCL, as we saw at CES earlier this year, is making a push to release phones under its own brand name. These two concept products, while unlikely to reach production, do give us a great look at TCL's ambitions and plans for the future.

So, is this tech likely to end up in regular products? How do they work? And why should you care about stuff that no one can even buy at this stage? 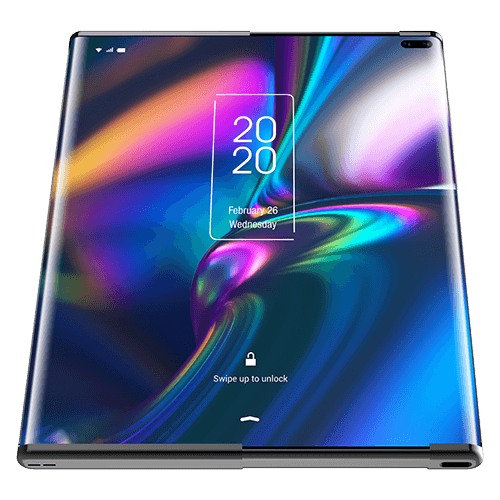 Let's start with the rollable phone concept. It doesn't have a proper name and TCL is clear to point out that “no pricing or availability details… are being announced at this time.”

Details may be scant, but from initial impressions, this is a seriously cool piece of tech. We've seen rollable displays before on TVs, but we've never seen the idea applied to something that can fit in your pocket.

The phone uses “internal motorols” to turn the already quite large 6.75-inch display into a 7.8-inch one. However, this adds a bit of bulk to the phone's design. TCL claims that the phone will be “just 9mm thin” – that's more than 1mm thicker than the Samsung S10 Plus, and almost 2mm thicker than an unfolded Samsung Galaxy Z Flip. However, the TCL phone is significantly thinner than a folded Galaxy Z Flip — the Samsung phone comes in at 17.3mm thick when closed.

There's no word on how much weight the motors will add to the phone, but we'd assume it would be a fair bit heavier than average. When we looked at the Oppo Reno 2, for example, we found its extra bulk to be a bit of a gripe. But there, the internal motors only had to power a small selfie camera — not the entire phone screen.

TCL pointedly remarks that “the device has no wrinkles or creases, which are commonly found with foldable AMOLEDs.” As the display rotates around a wider axis than its folding counterparts, the stresses on the display are not as severe, meaning that there shouldn't be any creases or bumps. 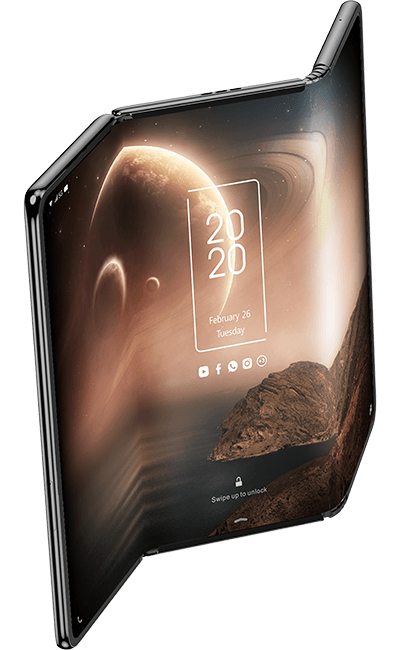 Again, the TCL's concept tablet doesn't have a proper name. And, as far as we can see, it only folds twice, not thrice.

Anyway, TCL thinks that tablets have been unfairly shunned in the race to build folding phones. As such, it's seen fit to create a 10-inch tablet that folds into a 6.65-inch device. This small sub 7-inch device has a 20.8:9 aspect ratio — making it almost as tall as the latest Sony phones, for example. It'll also have a 3K resolution, so it should be pretty sharp to boot.

TCL claims that its proprietary tech will ensure that there will be “a minimal gap” between the folding sides of the tablet-phone…hybrid…thing. Of course, one wonders why the company would go to all the trouble of making a bi-folding tablet only to throw serious shade at folding screens with a new rollable phone like the one above…

Naturally, there are no pricing or availability details for the tri-folding tablet.

Why Should You Care About Products You Can't Buy?

Concept products can seem pointless, but they're a great way to get a peek at the tech that will be coming our way in the next few years. Not all concept phones will make it to production, sure. Many might be serious pie-in-the-sky projects designed to drum-up some media interest (yup, we're guilty for covering them).

Companies also use concept products to gauge interest for new design ideas. With TCL's new products, especially the rollable phone, it's great to see an insurgent phone company trying to do something different.

TCL isn't the first company to reveal a concept phone, of course. OnePlus recently showed-off its Concept One, with a frosted rear camera. It wasn't as ambitious as TCL's efforts, but it's clear that concept phones aren't going away.