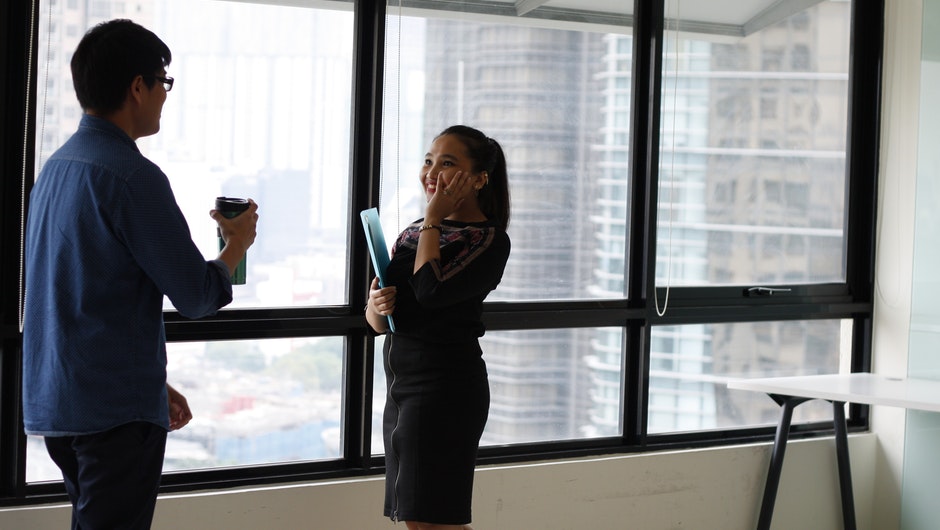 The actual number is a massive 59.7 percent, and that's just the ones that admitted to it in a recent study. That wasn't the only surprising fact in a recent Insurance Quotes survey of 900 employees across 12 industries: It turns out that the technology sector topped the list of industries that are most likely to find office romances perfectly acceptable.

But to some who have followed the tech industry's lengthy and slow-paced grapple with sexual harassment and discrimination, that fact might be a little less surprising. Can a connection be drawn between tech's sexism and its lax approach to workplace romances?

Tech Employees Are “the Most Accepting”

First, the facts: 75.6 percent of tech industry employee respondents agreed that it's appropriate to date a coworker, the highest amount of all industries polled. Despite this seemingly widespread acceptance, tech employees still ranked in the middle of the pack for those most likely to engage in hidden workplace relationships, at 45.1 percent.

What about those who disagreed?

“Americans in information services and data processing, the scientific community, and medical and health care were the least likely to agree it was appropriate to date a co-worker,” Insurance Quotes wrote in a blog post presenting the study.

Tech employees don't keep the relationship out of their office hours, either: 28.1 percent of respondents in the tech industry admitted to having had sex while in the workplace, compared to just 21.3 percent across all industries.

Granted, the study found that 92 percent of secret workplace relationships manage to escape detection. But that other eight percent is a ticking time bomb. And it's not the only disadvantage to the blurred lines that the tech industry's romantic side suffers from.

By now, the tech industry's problems with sexism are too obvious to ignore, but too deeply rooted to change as quickly as any disruptively-minded tech founder would prefer to think it is. As a result, everyone proclaims their commitment to diversity, but fails to take action.

According to a Techstars report, seven out of ten founders will tell you diversity is important, but just one in ten startups offer “practices and policies result[ing] in a technical staff that includes a minimum of five women or minorities.” Write an obviously sexist memo and you're out, but stick to benevolent sexism and you're fine.

Consensual office romances aren't in the same category as office harassment, but when an office operates under a lax policy, the line between the two isn't easy to draw — a state of affairs that benefits the harasser.

“As the founder of a tech company and a woman, I have found office romance. I have also found harassment,” Remi Alli, who holds a Psychology degree, a JD and a Masters degree in Health Law, told me. “Sexual harassment is any unwanted sexual attention as defined by the target — it is more relevant today as we have access to more information confirming our collective experiences and how we wish to be treated. Interestingly, harassment can even include staring.”

If founders really want to build a culture of diversity and consent, they'll need to write and enforce workplace guidelines that won't leave any grey areas that harassers — who, let's not forget, are typically operating from a position of power within the workplace — can exploit. In a culture that doesn't respect women enough to invite them to conferences or acknowledge their coding prowess, a rigorous approach to workplace behavior is necessary. If office romances can survive in a watchful environment, more power to them. But that's not the only speed bump they'll face on the road to love.

Harassment Aside, the Office Romance Is Tricky

Romance in the office is “always a bit of a tightrope walk,” according to Nate Masterson, marketing manager for Maple Holistics, who shared a story with me about the fallout that can occur.

“I had a colleague and friend who fell into a romantic relationship with their senior at one point,” Nate says. “He couldn’t stop telling me how excited he was by the idea of being able to sleep with a senior and in truth, the idea did sound like something out of a kinky short-story. The only problem was that it did turn into a short-story, to my friend's dismay who had thought he could bank on a long-term relationship.

While he was in the relationship though, I noticed that his performance increased quite substantially. I think that because most people in the IT industry are quiet, nerdy types, the idea of having a sexual encounter with someone in the workplace is the closest most of us getting to fulfilling a lifelong fantasy of some kind or another.

However, after the relationship had ended, we all noticed a rather drastic change in his attitude. He had become sluggish and reclusive and would shy away from meetings where his senior would be present and always avoided eye contact with her etc. Eventually, it started affecting his work too much and he was fired because of it.”

While Nate says that “you can’t always decide who you fall in love with,” he also notes that he himself has never had a romantic encounter at the workplace, just as a personal decision.

Ultimately, the challenges of office romances can be seen in the gap between those who believe these relationships are acceptable — a number which ranges from the tech industry's 75.6 percent to the data processing industry's 57.3 percent — and the percentage of those in workplace relationships who felt comfortable “reveal[ing] our relationship without worry” — just 18.6 percent across all industries.

Office romances that can survive emerging from the shadows will be healthier and won't remain part of the murky workplace practices that also sustain harassment. The rest of them will remain a problem.

Interested in the subject? Read about what empty women’s restrooms have to say about tech conference sexism.