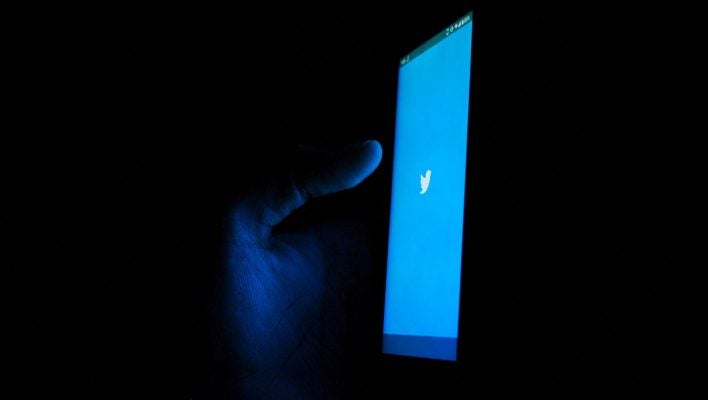 Twitter appears to be trialling another new feature: One that could allow users to remove their Twitter handle from a thread.

According to those who have seen it in action, the feature also blocks anyone in that thread from retagging you once you've left.

This new functionality gives users more control over who they allow to interact with them on the popular social media site — and is likely aimed at cutting back on the trolls and harassment that Twitter has a reputation for.

This is not an official update: The evidence for this new feature is a screenshot of a “Leave Conversation” feature beta-test explanation card that researcher Jane Manchun Wong posted to Twitter last Friday.

Twitter is working on an onboarding screen for “Leave this conversation” pic.twitter.com/cZYeOdo1pJ

The feature won't block you from seeing the thread, but it'll prevent the parade of pesky notifications you'd otherwise get.

And, since it will convert your Twitter handle in the thread to plain text rather than a hyperlink, it may slightly deter anyone who sees your thread from visiting your account page.

Twitter has declined to confirm that it is testing a feature like this, according to The Verge, which notes that the social platform has recently been introducing other functionalities that give users more control over their Twitter experience — a button to quietly make a follower stop following your account, for example, as well as a “downvote” button that began rolling out globally earlier this month.

Don't expect the “leave conversation” feature to appear immediately, though: That downvote button was first tested on the iOS app way back in June 2021, so this feature may not appear for months even if the testing goes well.

While any new feature might have unintended consequences, this one looks like a positive development on the surface. Twitter has a long history of user harassment and an underwhelming track record on how well they have tried to stem abusive behaviors on their site — from bots that automatically impersonated other Twitter users just to scam their friends to endless trolls.

Let's hope the trend continues, as an update that lets users leave conversations sounds almost as good as the change that ditched Twitter's annoying automatic feed updates. But until that feature actually rolls out, don't ditch your social media management tools just yet.