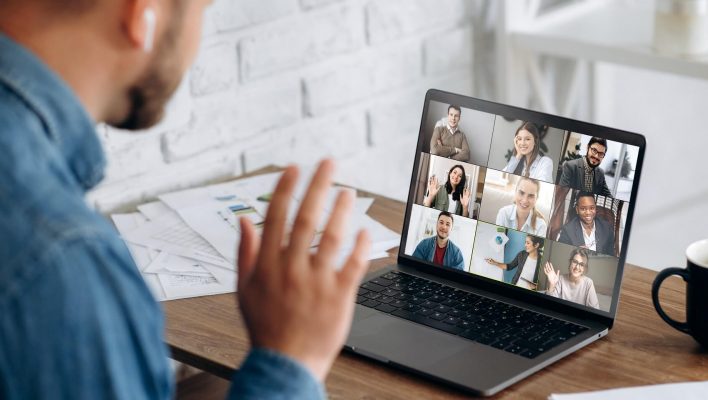 Your future may have even more software updates in it: Zoom is now forcing all users to regularly update the application to the most recent version every 90 days. It's in effect as of November 1.

Updating software frequently is one of the easiest ways to avoid bugs that can be exploited by cybercriminals, so it's a smart idea to update often. Still, no one likes being forced to wait a few extra minutes to run an update, particularly if the meeting they need to use Zoom for has already started.

But Zoom has seen its share of security snafus, and the popular video conferencing service isn't taking any chances.

Zoom's new mandate comes straight from the company's support notes, where a recently updated article explains that it's all due to a “minimum client version” of the video app.

This term refers to the most stripped-down, bare-bones version of Zoom that the service is comfortable letting its users operate. It supports Zoom meetings, chat, phone calls. But not all users have this version, and that's a security issue for the service.

“Users below this minimum version must update their desktop client or mobile app, before they are able to sign-in or join a meeting. Users that cannot immediately update can join the meeting with the web client instead.” ~Zoom support

Plus, the updates might come a little faster than just 90 days, as Zoom “may require additional updates outside of this release window to address additional security or compliance features.”

Is Zoom's Security Worth It?

Unless Zoom tweaks its update rollout system, those 90-day updates will only begin to install once the Zoom client has restarted. And I don't know about you, but I only open mine up about five seconds after my meeting was scheduled to begin. Sitting through an unexpected update isn't my favorite activity, but security is key.

Zoom would know, too: The company paid out a $84 million class action lawsuit settlement last year over allegations that Zoom had violated users' privacy, due in part to lax security standards that allowed “Zoombombing,” a term describing how bad actors gained control of the screensharing function in publicly accessible Zooms.

That kind of PR crisis could be migitated swiftly if Zoom could patch the problem and force all users to update their clients immediately.

More recently, Zoom has dealt with a wave of copycat websites trying to trick users into downloading versions of the Zoom client with malware smuggled into them. Perhaps once we're all busy downloading new Zoom updates already, we'll be less interesting in the fake ones.

Whatever the case, Zoom's new tactic is a sign that the service is emphasizing user data security, which is always a good sign. There's a reason Zoom has taken over as the most well-known video conferencing service across the past few years.

But it's not the only option: We've rounded up and reviewed all the best web conferencing solutions, and there are more than a few alternatives. GoTo Meeting is our top pick, as it undercuts Zoom's pricing while delivering great video quality. But Zoom's free plan is better than GoTo Meetings. And we haven't even mentioned Zoho Meeting or RingCentral yet — again, check out our guide for the full story.

You know your business needs better than anyone, so you can figure out the best solution yourself. Just don't wait until the final minute before your meeting to open up the app.