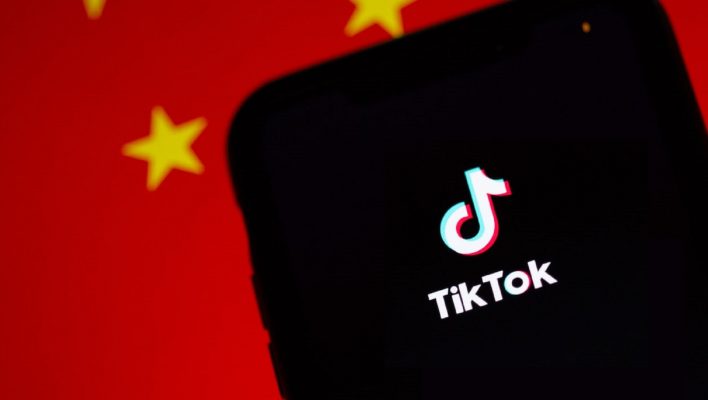 President Trump is currently considering banning the Chinese-owned TikTok, citing concerns around the data of US citizens.

Having given its parent company, ByteDance, 45 days to find a US buyer, the clock is ticking for the social media platform to continue having a presence in the US.

If no agreeable deal can be found with an American company, then there’s a real chance the app could be banned. It’s not without precedent – India banned TikTok in June (along with 59 other Chinese-owned apps), for exactly the same reason the US government has given.

Even in the event of a band, there is a way to access TikTok through using a VPN. We explain how, below.

Read our guide to the best VPNs for iPhone

So, should the ban come to pass, is it possible to access TikTok with a VPN? The answer is yes, whether that's on a smartphone or via desktop. However, there's an important consideration about installing the TikTok app in the first place (more on that, below). Plus, you need to choose the right type of VPN.

VPNs work by bypassing your ISP and routing your traffic through the VPN’s server instead. The beauty of this is that these servers could be anywhere in the world, making your traffic look like it’s coming from a different country – in this case, one where TikTok isn’t banned. In theory, it should be a simple a case of signing up for a VPN, changing your server location to a country where TikTok is permitted, and accessing the app.

To get started, you'll need to:

As for which VPN to use, we've done the hard work for you, thanks to our independent testing. Our assessments of speed, features, value for money and privacy identified NordVPN as the best VPN you can choose. It has regular deals and discounts (as well as a 30-day free trial).

In case you're considering a fully free VPN, we'd advise against it – the strict data limits will render them fairly useless for accessing the TikTok app.

See all of our top VPNs in the table, below:

While this approach should work, and has so far for Indian users, there is a fly in the ointment – it relies on you already having the TikTok app installed. Should the ban come into effect, the first action the government will take is to instruct app stores to remove the TikTok app. While this won’t affect anyone with the app already downloaded, those who don’t have it will be left high and dry.

There is one potential solution, and this involves ‘side loading’ the app outside of the official app store. For Android users, this is done by downloading the app file (known as an APK) and installing it, although this is a dangerous practice, as the file will need to be obtained from non-official sources, and could be corrupt or contain a virus.

Apple iPhone users would need to ‘jailbreak’ their phones, that is, hack them to allow unofficial apps. Both approaches are far from ideal, risking damage to the phone and leave users open to malicious viruses, which is why downloading the app before the potential ban is preferable.

Will TikTok be Banned?

At this point, nobody can really be certain if TikTok will be banned in the US or not, but what we do know, is that its future currently hangs in the balance, with its fate to be decided by a leader that has been outwardly vocal about his distaste for it.

In July, President Trump first floated the idea of banning the social media app, telling journalists ‘we’re looking into it’, after apparent concerns about the Chinese giants access to American citizen’s data. Last week, on August 6th, he issued an executive order, giving ByteDance 45 days to sell TikTok to an American company, or face a ban.

So far, Microsoft and Twitter are among the companies showing interest, although it’s by no means a dead cert, with even Bill Gates saying that the deal would be a ‘poisoned chalice’.

TikTok in India Before and After the Ban

Prior to its ban in India, TikTok had enjoyed a huge user base. An attractive market to software companies thanks to its enormous population and a booming smartphone market, India had over 120 million TikTok users before the Indian government closed off access.

ExpressVPN reports that it saw a 22% increase in traffic immediately after the Indian ban, and it seems that the US is no different.

Google Trends shows a huge growth among Americans for searches including the terms ‘VPN’ and ‘TikTok’ in the past couple of weeks.

Is it Illegal to Use a VPN?

While there are some countries where using a VPN is illegal, the US isn’t one of them. You are legally allowed to use a VPN, although the laws of the land still apply, meaning that you shouldn’t use one to engage in activities which are illegal.

Some VPNs keep logs of what their users are doing – essentially, records of their online activities, and there have been instances where this information has been handed over to law enforcement agencies.

While the chances of bringing scrutiny for accessing a banned app are remote, we always recommend a ‘zero logs’ VPN, for privacy peace of mind.

Free VPNs in particular can play fast and loose with your details, which is why we think it's worth a few dollars a month for a premium one. Our highest rated service, NordVPN, can be had for as little as $3 per month.

Other Uses for a VPN

The potential ban on TikTok is likely to have many people eyeing up VPNs who had never considered them before. But, there’s more to these services than accessing your favorite music video miming app.

There are many reasons why people use VPNs, but some of the most popular, according to research by Global Web Index, is to access better entertainment services, access restricted sites and content, and protect their online identity from hackers.

Many subscribers use VPNs to take advantage of the global content of streaming services like Netflix, which has entirely different catalogs depending on region.

Others use VPNs to protect their privacy. Because a VPN bypasses your ISP and funnels your traffic through protected servers, you’re essentially anonymous. This makes it especially difficult for snoopers to gain access to your data.

A VPN can also take a lot of the risk out of accessing internet connections that are outside your control. Public Wi-Fi becomes a lot more attractive when you know that your information is secured with a VPN.

While a potential ban on TikTok might drive up VPN usage in the US, it’s by no means a bad thing, with the services allowing US internet users to drastically improve their online experience and security.