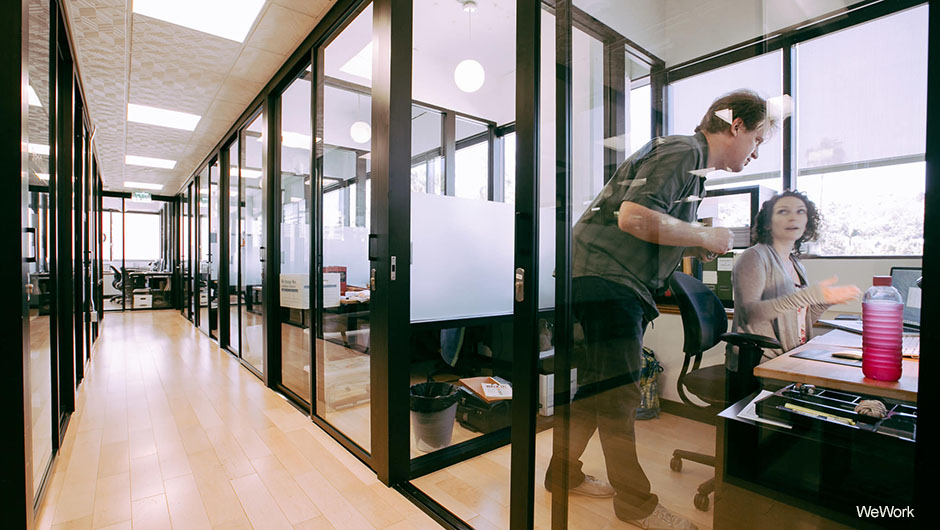 Here at Tech.Co, we've looked extensively into coworking spaces. From a simple observation of whether a coworking space is right for your startup or helping you find the cheapest coworking option in your city, we've done and continue to do our best to make sure you're as informed as possible before making any decisions. If you happen to be in New York, NY (or in a handful of other major cities where they're located), then WeWork is probably one of the options you're looking at. And, if you're looking for an extensive community where collaborations and business transactions happen constantly, then WeWork should definitely be at the top of your list.

A Focus on Community Development

While many coworking spaces boast about their community of members, none can beat WeWork in terms of its commitment to creating that community. Last December, the provider of coworking spaces with roots in NYC but whose network now includes shared offices in cities like Washington, DC., London, and Tel Aviv, closed a $355 million funding round. Sure, while it's become common knowledge that each WeWork space is designed and styled in its own unique, modern aesthetic (oftentimes reflecting its surrounding community), demand for and popularity of its spaces isn't wholly based on WeWork's physical offerings; rather, people are also attracted to WeWork's focus on its community.

From access to its online network of more than 20,000 WeWork members to its wide offering of community events, the company aims to be more than just a coworking space; it's fully committed to creating a community where everyday interactions happen – whether that's in the form of business transactions and partnerships between members, or actual friendships between individuals. I mean, have you heard of any other coworking space putting in the effort to create a three-day networking and music festival just for its members?

Its Stronghold in NYC

Community and collaboration is at the core of what makes WeWork so successful. Despite its many locations, the company has a community manager on-site at each location to make sure that WeWork members are able to get the support they need to make connections with other members. Whether it's to a lawyer located on another floor or to a startup in another city that's aimed at making tax filing easier, WeWork members are provided with the tools and resources to form those relationships. In New York, where WeWork currently has 15 locations (with another office soon to open in DUMBO), the company continues to rank highly among entrepreneurs and freelancers for its accessibility to an extensive network.

Located in WeWork's SoHo West office, social polling startup Pyne believes that being a member of WeWork has enabled them to meet with certain people much more easily. According to Pyne cofounder Tony Peccatiello:

“Through their many offices around the city as well as in other cities, I have been able to hold meetings that otherwise would have been difficult to orchestrate.  This flexibility is very important for me and has been a huge asset.  I have also met a number of people through the many events that WeWork hosts.” 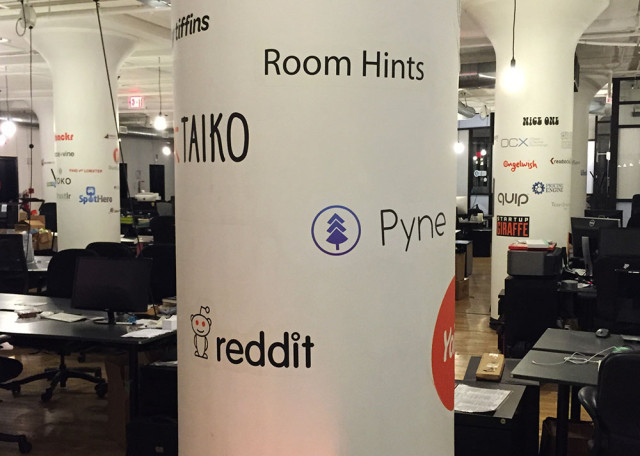 At the WeWork SoHo West location, Pyne shares a space with the likes of Reddit. (Pyne)

But even if a WeWork member isn't located in New York, connections from one member to another can be easily coordinated through the company's own online network. WeWork Commons, which was launched towards the end of 2014, serves as a kind of LinkedIn for WeWork members, allowing them to connect with other members regardless of physical location.

Collaboration and Partnership Within Its Network

For Melanie Charlton, the cofounder and COO/Creative Director of the digital creative agency, Brilliant Collaborations, the potential for connections through WeWork's extensive network was a huge draw:

“When looking for a space, our top considerations were: location, business opportunities within the network, availability of private office space, and cost. A friend of ours works for WeWork corporate, and invited us for a trial day in Fulton Center [in New York]. We loved the culture, the aesthetic, and the networking potential. After visiting Wonder Bread [in DC] and seeing the beautiful outdoor spaces, we were sold.”

Brilliant Collaborations is currently based in WeWork's Wonder Bread location in Washington, D.C. Initially in a 6-person office in the space, the company soon teamed up with Overachiever Media, a content marketing and media production agency, and upgraded to a 12-person office (with a hammock). Over the last eight or so months, the two companies have been able to create a unique relationship where they not only share a space, but also a set of clients, experiences, and business lessons.

And, according to Overachiever Media founder and CEO Jason Nellis, the relationship has led to a unique culture that he believes would not have happened if it were not for WeWork:

“We love [sharing a space with Brilliant Collaborations]! I think my company (as well as Melanie’s) has benefitted from having a more substantive culture develop within our space. Their team meshes well with ours, to the point of regularly sharing lunches and events with one another. We all hang out after hours frequently as well. It has been a great way to build a larger social culture without having to hire up quickly.”

Connections are Driving Business for Members

What's more, those connections at WeWork are helping entrepreneurs and freelancers gain clients at a faster rate than they typically would. Is there any bigger draw than the potential to help your business succeed?

“[Brilliant Collaborations] has also made many connections within Wonder Bread with clients and creative partners, that have allowed us to establish ourselves as a desirable creative agency in DC much faster than we would have done on our own or in another co-working space,” said Charlton. “Because the Wonder Bread is such a great event space, we also get to meet members of other WeWork locations in DC, as well as a more extended network that is drawn into the space for events throughout the week.”

When we last got in touch with WeWork, they had just opened up their Chinatown location in D.C. (they've since opened up three locations total). At the time, they were in the process of opening up additional spaces in Boston, Chicago and Seattle – all cities where thriving startup economies have initiated an increased demand for coworking spaces. Now, the company is pushing for further expansions into other nascent startup ecosystems, including Portland and Miami.

Miami is increasinlgy becoming a top region for startups, supporting a collective of tech companies bolstered by unique Latin American base. This July, WeWork is opening a location in Miami's South Beach. Whether you're a solopreneur or a startup, consider touring WeWork Lincoln Road and becoming a part of WeWork's robust community.