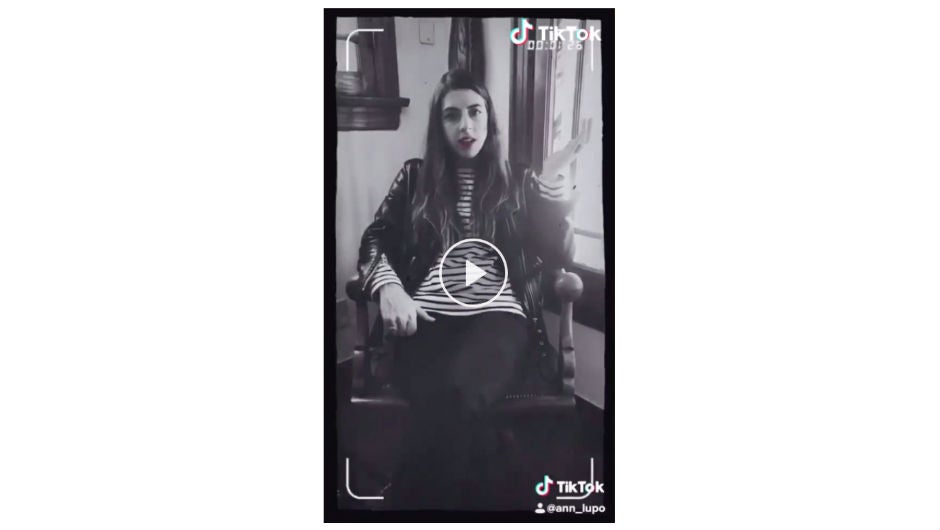 You might not have heard of TikTok, but your kids certainly have. In fact, some 500 million of the world’s teens and tweens are using the video-sharing app, and that number is growing.

But what actually is TikTok? A cursory Google search will reveal a handful of news stories about the app, plus a selection of YouTube compilations of TikTok user videos – these are typically based around trending ‘challenges’ or popular memes. Most of the videos are completely decontextualized and end just as quickly as they begin.

To most of us over the age of, say, 20, these videos make no sense. But that’s exactly the point, TikTok isn’t for us. But that doesn’t mean it doesn’t matter to its young user base.

So, what do users actually do on the app? The simple answer is that they make videos of themselves.

The more complex answer is that they create videos of themselves lip-syncing or dancing (or both) to popular songs, or they create humorous short videos, or they use TikTok’s extensive range of video filters to create selfie videos or videos of their friends.

Essentially, TikTok is a blank canvas. Users can, and do, film whatever they want. However, it’s a massively social experience. Users can add hashtags to their posts to increase visibility, similar to Instagram or Twitter, and often use these hashtags to participate in challenges or jump on the latest meme bandwagon.

TikTok was launched in 2016 by Beijing-based company ByteDance. TikTok (known as Douyin in its homeland) merged with California-based app Musical.ly in August 2018.

The merger might cost ByteDance as much as $1 billion, but adding Musical.ly’s western used base was critical for TikTok to continue growing.

What Kind of Videos Are On TikTok?

Currently, the #ShoeChallenge is taking TikTok by storm. Users video themselves in a range of different outfits, taking advantage of TikTok’s ability to stitch multiple videos together, and cover their phone’s camera with their foot to facilitate a transition between the outfits.

If that sounds confusing, here’s a video to illustrate:

While TikTok is primarily designed for having fun, some of its users are making a success on the app. Take Lisa and Lena Mantler (@lisaandlena on TikTok), for example. The 16-year-old identical twins from Stuttgart have amassed 31.6 million followers on TikTok, along with equally impressive numbers on their other social media platforms.

These TikTok celebs make money from brand partnerships, promoting everything from new music to clothing lines.

Who Is Using TikTok?

We’ve already alluded to this, but the TikTok user base is young. In fact, the minimum age for users is just 13, and was previously held at 12 before the Indonesian government asked TikTok to raise the age limit, citing fears about blasphemy and pornography.

Among the ten most popular TikTok users, two of them are just 13 years old, with the oldest being Savannah LaBrant at a venerable 25.

We reached out to TikTok for more information on its user base, but we did not receive a reply. However, a quick glance on the app’s ‘For You’ section – a curated list of videos that ByteChat’s AI predicts you would like – reveals a range of users, from actual adults to visibly young teenagers.

Is TikTok Safe to Use?

No social media site or app is inherently dangerous. However, they do have the potential to be exploited by people wishing to do harm.

With its younger user base, TikTok is particularly exposed to potential privacy, security and safety issues. TikTok is acutely aware of its young user base and even has a ‘For Parents’ section of its site, where it states:

TikTok is a destination for short-form mobile videos. Our mission is to capture and present the world’s creativity, knowledge, and precious life moments, directly from the mobile phone. TikTok enables everyone to be a creator, and encourages users to share their passion and creative expression through their videos.

Who is TikTok intended for?

TikTok is intended for users age 13 and over. Please do not allow a child under the age of 13 to use the app.”

TikTok, for its part, has a range of easily-accessible reporting tools and content moderation guidelines. However, it is unclear whether TikTok actively enforces these guidelines or is expecting its user community to flag posts.

It also includes a banner along the bottom of certain videos warning users not to try potentially dangerous activities at home or on their own:

There is also a potential risk that its young user base might not realise that the videos they post on the app will be there forever, and might return to haunt them in later life. Of course, unless these posts violate TikTok’s community guidelines, there is little the site can do to prevent further issues.

Is TikTok The Future of Social Media?

We’ll be honest here and say that TikTok probably isn’t the future of social media. Its often nonsensical and irreverent content simply doesn’t have the same impact on older people as it does with teens and tweens.

But that’s fine. TikTok isn’t meant for us oldies. It’s meant for the kids, and we should let them enjoy it. A social media app directly targeted at children might seem distasteful but we need to be realistic, today's teenagers have grown up with the internet. It's been as integral a part of their childhood as children's TV was to you and me. Instead of abstinence from social media, we should be teaching children about how to safely use it, and TikTok is a great place to start.