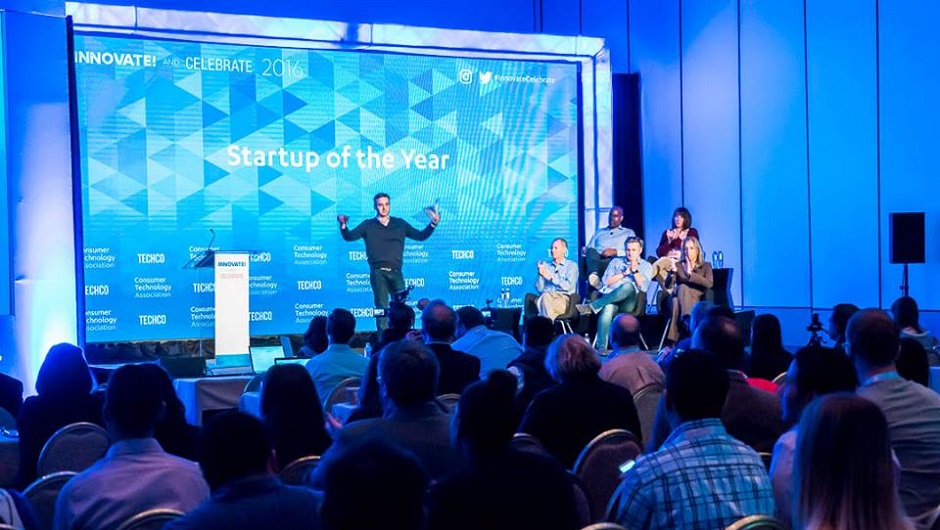 The internet's madcap pivot to video might not be the wisest move, but it has definitely given us a wealth of well-documented and easily-relivable history. Without short-form video, the world would never have enjoyed moments like that guy backflipping into a Krispy Kreme sign. Tech conferences are just as well-documented.

As Innovate Celebrate 2017 ramps up, take a few minutes to scrub through what exactly happened last year at the 2016 edition of our Tech.Co and Consumer Technology Association (CTA) sponsored event.

Talk AI With a Stanford Professor

Kicking off the event, Fei Fei Li, the director of the Artificial Intelligence Lab at Stanford University, took the stage at Innovate Celebrate 2016 to offer up a keynote discussion of artificial intelligence.

One great quote: “Computer vision will be the enabling technological Cambrian explosion, and we’re not that far away from it.”

Shradha Agarwal is the Cofounder and President of ContextMedia, a digital health company with 400 employees and a $100 million run rate. Here, she talks shop with TechCo's own cofounder and CEO Frank Gruber.

We are now streaming a fireside chat with Shradha Agarwal, cofounder and president of ContextMedia.

“It’s the foundation,” Shradha Agarwal said of company culture. “You are signing up for the journey. Every startup is a messy kitchen. You might as well be honest about it upfront. Transparency is a huge cultural tenant for us as well.”

Scaling a Business With Style

StyleSeat founder and CEO Melody McCloskey presented this entertaining 20-minute speech on the challenges of scaling a startup.

How Corporations and Startups Can Get Along

A panel discussion on the unlikely pairing of corporate entities and startups. Kira Blackwell of NASA iTech, Andrew Romans of Rubicon Venture Capital, Natasa Djukanovic of Domain.ME, and Aleda Schaffer of American Airlines all talked the benefits and disadvantages in the panel hosted by Tishin Donkersly of Tech.Co.

Today more than ever, we’re seeing larger companies as well as government agencies embracing startups. Watch our live stream of "Corporations and Startups: An Unlikely Pair?" at Innovate! and Celebrate.

“It’s great that you can have a corporation to invest in you,” said Djukanovic. “But holding onto your IP and to your babies is even more important. If you can hold onto it, you should. It’s important to hold onto your idea, and how you came up with your idea.”

TechCo caught up with Naveen Jain, founder and CEO of Moon Express, prior to the fireside chat he delivered with Frank Gruber. Here's a look at both the pre-interview and the chat.

Pre-interview with Naveen Jain, founder and CEO of Moon Express. Make sure to check out his Fireside chat coming up on FB Live!#innovatecelebrate

Naveen Jain, founder and CEO of Moon Express at Innovate! and …

And a Live Look at the Startup of the Year Reveal

Finally, we'd be remiss not to include the most exciting moment of the event, this announcement of just which startup won our 2016 Startup of the Year competition:

Streaming Now: The moment that we have all have been waiting for… the Winner of the Startup of the Year of at Innovate! And Celebrate

You can learn more about the winner here, hear what all the fuss is about over here, and if you still want to watch more videos after all this, check out the pitch videos from all four runners-up in the Startup of the Year contest.

Mark your calendars and get your early bird tickets now for Innovate! and Celebrate 2017, happening in San Francisco on October 9th – 11th. For more details and to register, visit the website today and to get a sense of the event watch the video from last year (below). We look forward to seeing you in San Francisco!