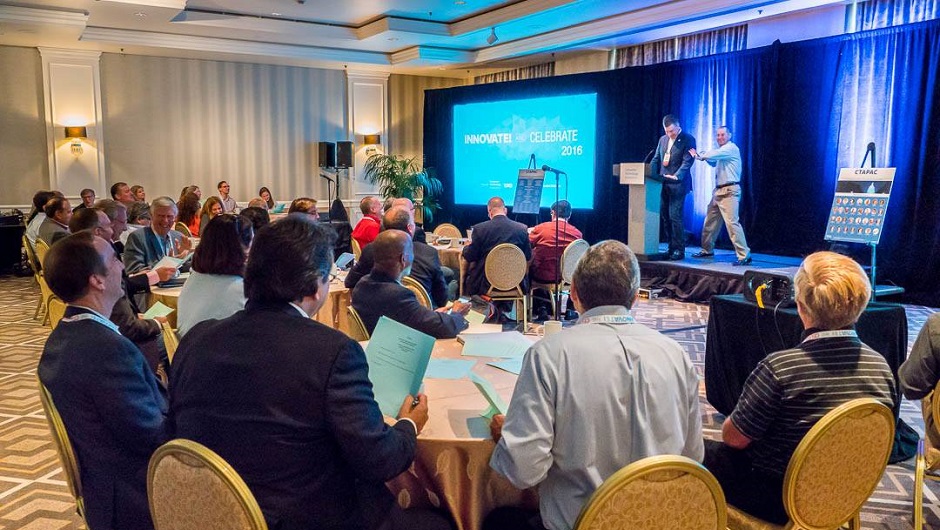 Between October 9th and 11th, 2017, Innovate! and Celebrate conference will descend on downtown San Francisco for its fifth annual Startup of the Year event. You can read up on what to expect from the event, which is created through the partnership between TechCo and Consumer Technology Association (CTA). But to best understand what benefits the conference and its famed Startup of the Year competition have to offer, you should take a look at what past finalists are up to today.

In 2015, finalist LiveAnswer placed in the competition thanks to its unified communication platform. Today, CEO Adam Boalt is planning his next startup. I spoke to him about his new company and how he was able to build on his 2015 Innovate! and Celebrate win.

Adam first discussed the company that landed him the 2015 finalist honor.

“I knew Frank from DC,” he says of TechCo's CEO and founder Frank Gruber, “because I lived up there when I started my company RushMyPassport.com. We were in the business of helping people expedite passports in 24 hours. I exited that company about three years ago, and had to find something to do that wasn't in that space because I had a non-compete. One of the biggest pain points that I wanted to solve for: I thought it was really tough for a small business to answer their phone.”

The small business call center platform, which they called LiveAnswer, didn't have a huge amount of traffic at first. When they entered the 2015 Innovate! and Celebrate competition, they placed first at the regional level and third at the main conference.

“It put us on the map,” Adam says. “We got a lot of interest: Right after that conference we had five strategic acquirers approach us, two of which were publicly traded companies. We ended up selling to a Fortune 1,000 company called Stericycle. It was a very lucrative exit.”

Without the conference and the “tremendous exposure,” Adam added, the company's success would have taken much longer. They didn't get the benefits of winning, but the LiveAnswer sale paid off, giving Adam the funds to prepare a new company, GovWorks.

Remember that non-compete? It's up on the very first day of 2018, which is when Adam gets back to his basics, helping streamline government paperwork. He's in the planning stage now, and has an interesting story about how he settled on a name.

“I've always been intrigued by a website from 1999 called ‘GovWorks.' I had bought the domain name TravelVisa.com, and the name Passportrenewal.com, and we're building out all these properties to help facilitate government functions, but we needed a name to tie it together. GovWorks was a famous startup that had failed after raising 60 million dollars — there's even a movie about it, Startup.Com. It shuts its doors in 2001.

“So, I thought it would be a fun idea to buy the rights and name all our properties as ‘divisions of GovWorks,' making GovWorks a platform that stores all your personal information to let us procure a variety of documents on your behalf, sometimes in minutes.”

On January 2nd, the GovWorks team will revive the 1999-era title for their paperwork-streamlining business.

But what about the winners of the last few Innovate! and Celebrate conferences?

The official 2015 Startup of the Year has been getting a lot of attention in 2017, thanks to the focus of its efforts: Blendoor‘s software aims to cut down on unconscious bias during the job interview process through inclusive recruiting and analytics. The job matching app hides candidates' names and photos to sidestep biases hirers don't know they have. Stephanie Lampkin, founder and CEO of Blendoor, told TechCo last year that her company's Innovate! and Celebrate win drove major tech companies to participate in their beta — they now have 57, with a waiting list that's pushing 450.

“What I'm hoping to do is show the real differentiation because many companies are just hiring a chief diversity officer, giving money to non-profits, but still aren't putting underrepresented people in positions of real power/influence,” Stephanie told Axios.

Meanwhile, 2016 winner ShearShare has rapidly hit several growth milestones since winning Startup of the Year less than a full year ago. The startup connects salon and barbershop owners with individual beauty operators — the individuals can run their business without committing to an expensive location, and the location's owners can fill unused salon suites and stations.

Initially from Texas, the company's founders Courtney and Tye Caldwell moved to Silicon Valley after wrapping up their 500 Startups class. In January, TechCo checked back in, reporting that the duo had landed a partnership with salon suites franchise Salons By JC to “onboard their franchisees across more than 20 states.” Clearly, they picked the right B2B niche to lend their impressive talents towards.

The Future Is Limitless in 2017

Want your startup to wind up on the same path to success as Adam, Blendoor or ShearShare? This year, Innovate! and Celebrate's showcase of Startup of the Year semifinalists is growing to 100, up from just 50 in years past — meaning startups will have twice the chances to get in the running. Get on the radar of tech leaders, investors and influencers and learn more here!