So you've seen the headlines – a Brit has landed the job of Head of Global Affairs at Facebook. But who is this Nick Clegg guy? He doesn't look like your usual Silicon Valley type, though his current standing in the UK may mean he's looking forward to relocating to the States, anyway. We explain just who Nick Clegg is and what he stands for.

Probably the most impressive role on his resume is that of former Deputy Prime Minister of Britain. That's right, Nick has held the reigns of power before – or at least looked after them while everyone else was on a coffee break. His tenure as second-in-charge wasn't without controversy though, as we'll explain.

And just what exactly does the Head of Global Affairs do at Facebook? And what does that role look line in 2018, which was a real shocker of a year for Facebook?

Head of Global Affairs for Facebook – What Is This Role?

Nick Clegg will replace Elliot Schrage as the Facebook's Head of Global Affairs. Schrage is a man who has spent the past year pretty much apologising for the company's continuous gaffes on the global stage.

Schrage was partly responsible for orchestrating the public campaign to tackle the fallout from the company's involvement in the Cambridge Analytica privacy scandal. However, in 2018, righting the sinking ship of Facebook's goodwill must have felt like a thankless task, with a catalog of missteps that saw Mark Zuckerburg hauled in front of Congress.

So, when he turns up for work on his first day, there won't be time for Nick to idly make small talk with his colleagues and take a moment to familiarize himself with where the bathroom is.

There's plenty to be getting on with, not least of all the tiny issue of restoring the public's confidence in Facebook. According to a survey conducted by eMarketer, only 24% of US users believe that Facebook does enough to protect their privacy. That's a problem for Facebook, and more so for its advertisers.

It's an issue that won't be fixed overnight, especially given the long list of negative news stories about the company. From fake news to trolls, Russian meddling to data breaches, Nick has a tough task ahead of him.

As a former politician, Clegg is an odd-fit choice for hanging out with Zuckerberg and co. As we've argued on this site, politicians have a track record of being hopelessly out of touch when it comes to understanding the tech world.

So, given the role he's been taken on for, Clegg is presumably something of a well-trusted public figure with a history of appeasing people. Right? 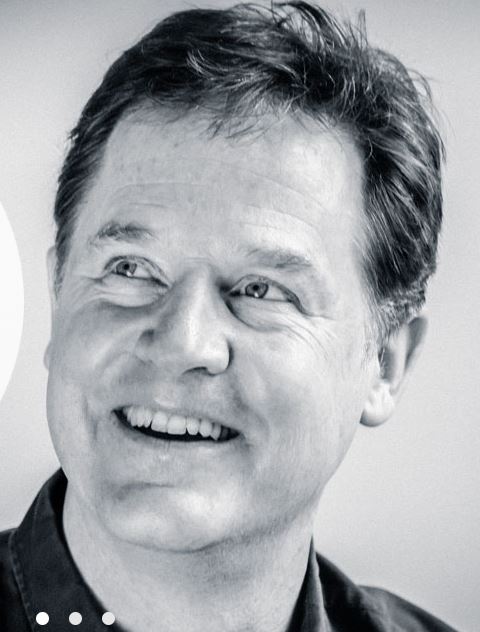 From 2007 to 2015, Clegg held the position of the leader of the Liberal Democratic party in the UK. Unlike the US, the UK has a three-party system. To understand it in simple terms, the three parties have traditionally broken down like this: the Conservatives are the Republicans, Labour are the Democrats, and the Liberal Democrats are consistently an outlier that never get into power. That was, until Nick Clegg came along.

In his time as Liberal Democrat leader, Clegg called for the scrapping of Britain's nuclear deterrent, more power to be handed to local councils, fixed term parliaments, cuts to military spending and the power for voters to replace any MP found guilty of serious wrongdoing.

He has also been very vocal about large companies playing fair when it came to taxes, an interesting take, considering Facebook has paid just £7.4 million taxes in the UK in 2018.

Yes, it's true, Nick Clegg used to be the UK's Deputy Prime Minister. There's probably a chance he mentioned that in the Facebook interview. However, there's probably one thing he didn't mention – university tuition fees.

Strap in, this could get complicated.

In the UK's 2010 general election, no single party received a large enough majority of the votes to govern. The Conservatives held the lion's share, but couldn't go it alone. They asked the Liberal Democrats if they would like to join them in a coalition government, a position the UK hadn't found itself in since the Second World War. Clegg accepted the role of Deputy Prime Minister, and so the two parties joined forces.

The issue here is that the two parties were ideologically opposed on many, many issues. One of these was the hot-button issue of university fees. The Conservatives wanted to raise them, while the Liberal Democrats had campaigned hard on scrapping them altogether, and certainly opposing any increase.

Well, wouldn't you know it, the Conservative party went ahead and raised them anyway, and Nick Clegg essentially rolled over and let it happen.

While he was involved in many other policies during his five-year tenure as Deputy Prime Minister, the tuition fees issue is undoubtedly seen as his biggest contribution, or lack of, by British voters. Ultimately, it set the Liberal Democrats back considerably. In the 2010 election, the party received 23% of the population's vote. In 2015, it only managed 7.9% and lost a massive 49 parliamentary seats. The Conservatives, meanwhile, enjoyed a new-found majority, and unceremoniously ditched the Liberal Democrats like a used coffee cup.

The public's trust in the Clegg's party, and his own values, had been obliterated, and supporters left in their droves.

At least the atmosphere will feel nice and familiar when he starts at Facebook?

Is Nick Clegg Pro- or Anti-Brexit?

For the past couple of years, there's been so much politics happening in America, it's easy to lose track of events happening outside of the States. Britain is currently in its own political quagmire at the moment with Brexit, a move that will see the country leave the European Union in 2019 (or later, depending on how talks go this very week).

Under Clegg, the Liberal Democrats were, and remain, very pro-Europe, campaigning heavily to stay in the EU. Clegg is so into all things Europe that not only did he work extensively in European politics before becoming the Liberal Democrat leader, he also married a Spanish woman.

In 2017, he published a book entitled ‘How to Stop Brexit', (which also carried the rather unfortunate tag line ‘…and make Britain Great Again', yuck).

So yes, Clegg is absolutely against Brexit, although as he'll soon be packing his bags for San Francisco anyway, it's probably not at the front of his mind right now. In fact, taking a lucrative job in another country probably won't do much to endear him to his anti-Brexit friends.